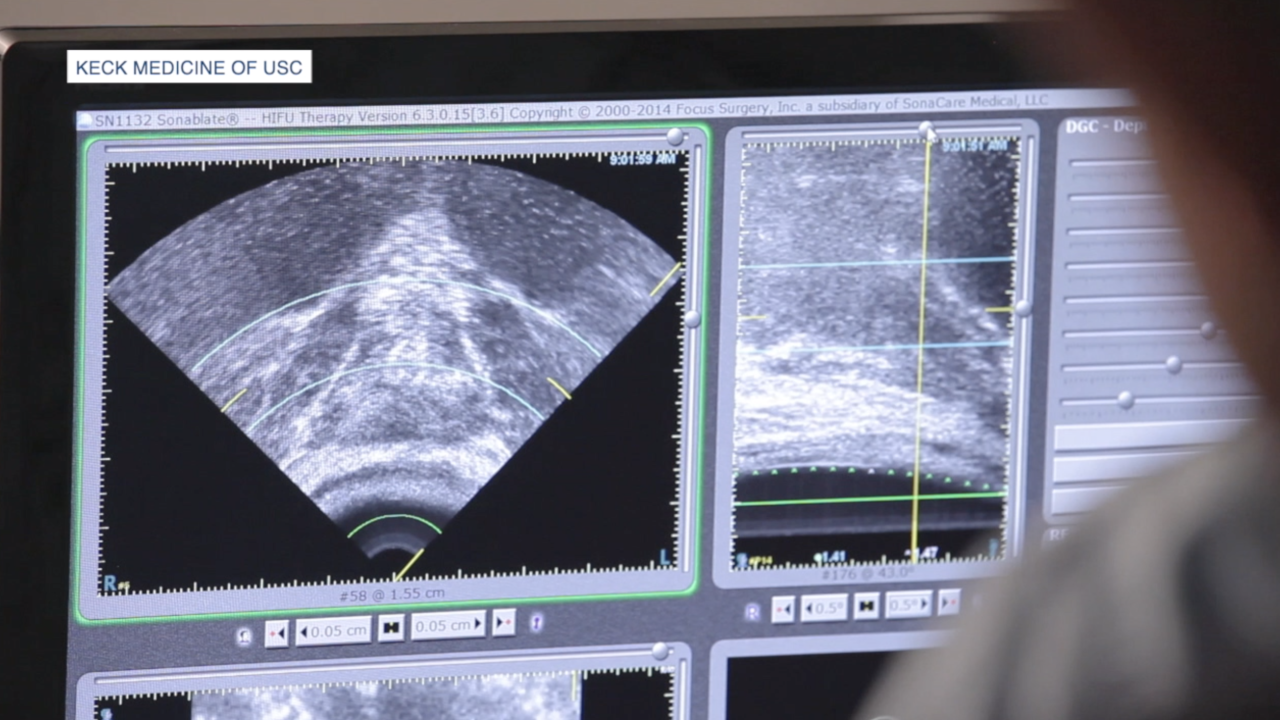 September is Prostate Cancer Awareness Month. According to American Cancer Society, one out of nine men will be diagnosed with prostate cancer during his lifetime. Ted was diagnosed two years ago at the age of 71.

“The percentage of men my age that do come down with it is quite high, so I was startled – obviously nobody wants to find out they have cancer – but I wasn’t shocked,” prostate cancer patient Ted said.

However, Ted found out he was a prime candidate for a type of treatment called HIFU, which stands for high-intensity focused ultrasound. The procedure has been around for quite a while, but it wasn’t approved for use on prostate cancer in the U.S. until 2015.

“The HIFU procedure is basically a high-intensity focused ultrasound beam that oblates the cancer cells – basically blasts the cells away,” Ted said.

Urologic surgeon Dr. Andre Abreu with Keck Medicine of USC says there’s a spectrum of patients who develop prostate cancer. Some are very low-risk, meaning they have very little cancer. They’re chosen for active surveillance where they are closely watched to make sure they don’t develop more cancer. Others have very advanced forms of cancer and need radical treatment like radiation or removal of the prostate. Then there are patients in the middle who largely benefit from HIFU.

“In between, there are some patients with intermediate risk disease that are not the best candidate for us to watch them for active surveillance, however, the radical treatment would probably be associated with side effects,” Dr. Abreu said.

Side effects like leaking urine, or issues with erectile dysfunction.

“Some of these patients, they would be even willing to trade off some years of life, but having more quality of life,” Dr. Abreu said.

A study at Keck Medicine of USC shows focal HIFU ablation carries a low risk of complication and can help preserve quality of life. That was certainly the case for Ted.

“I experienced very little pain with the procedure," Ted said. "I took ibuprofen which is an over-the-counter pain reliever. And the only negative thing I did experience was wearing a catheter for a week.”

An out-patient procedure means the patient can be in and out of the hospital in one day without staying overnight. For Ted, it only took three hours. He says he would recommend the procedure to other men in a similar situation.

“As I understand it, it’s been used in Europe for 15 years already with no problems. So, I think to take advantage of the technology that’s there is something the doctors should rely on,” Ted said.