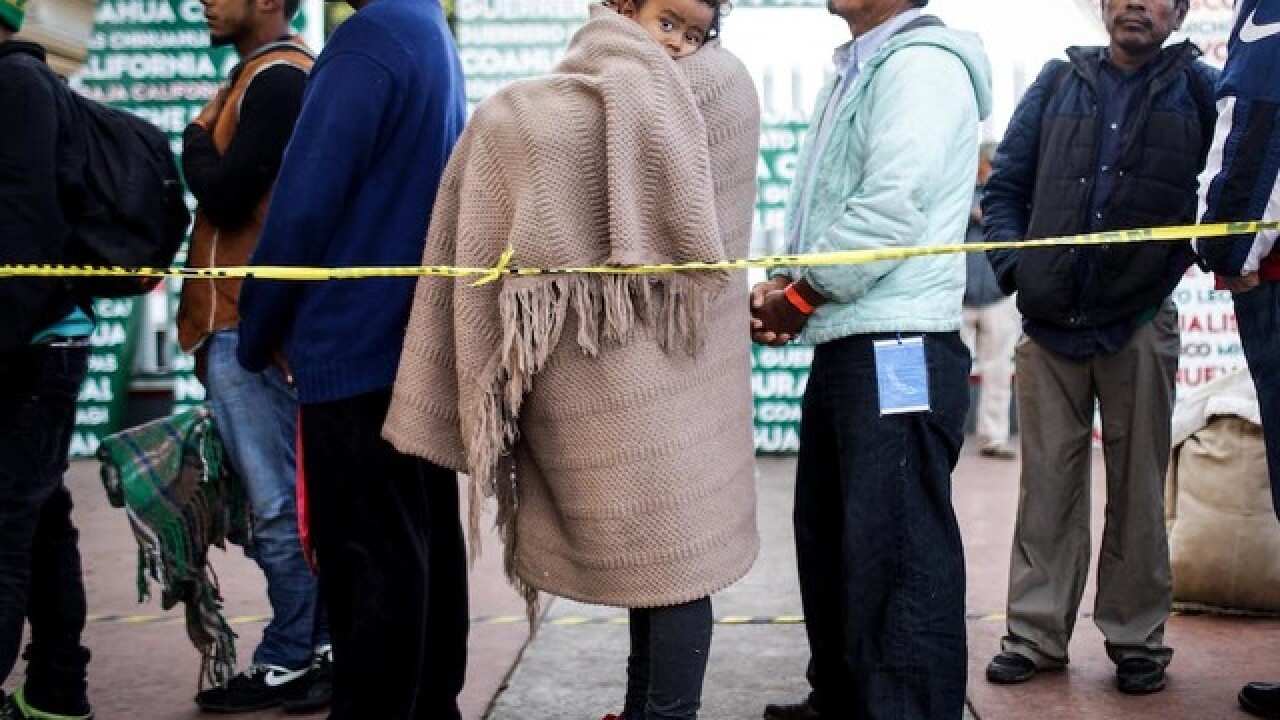 Image copyright 2018 Getty Images. All rights reserved. This material may not be published, broadcast, rewritten, or redistributed.
Mario Tama
<p>Honduran mother Nubia (C) holds her son Wilmar, 5, as they wait in line for information about applying for asylum in the U.S. on November 23, 2018 in Tijuana, Mexico. They traveled for 43 days in the 'migrant caravan' before arriving in Tijuana. Asylum seekers in Tijuana will likely need to wait months for their cases to be heard. Around 5,000 migrants from the 'migrant caravan' from Central America have arrived in the city with the mayor of Tijuana declaring the situation a 'humanitarian crisis'. </p>

In a statement Thursday, Pompeo said that he, Nielsen and Ebrard had met "to discuss the migrant caravans."

"We have affirmed our shared commitment to addressing the current challenge," he said. "The caravans will not be permitted to enter the United States."

US officials began receiving guidance on "Remain in Mexico" this week and were told it could be implemented soon, the Post reported, but US and Mexican senior officials stressed that elements of the plan had not yet been established and that no formal agreement has yet been signed.

If put into effect, it would end the current practice of asylum seekers remaining in the United States while their applications are processed, the so-called "catch and release" by President Donald Trump, who is a vocal opponent of the practice.

"For now, we have agreed to this policy of Remain in Mexico," Olga Sánchez Cordero -- López Obrador's top domestic policy official as Mexico's interior minister-elect -- told the Post, calling it a "short-term solution."

"The medium- and long-term solution is that people don't migrate," Sánchez Cordero also said to the Post. "Mexico has open arms and everything, but imagine, one caravan after another after another, that would also be a problem for us."

The Post further reported that while no changes have been officially codified, López Obrador's administration is open to the new policy.

Two US officials speaking anonymously told The Post that the new policy would allow the government to double the number of asylum claims it could process, as it would no longer be limited by detention space.

CNN has reached out to both the White House and DHS for comment.