House to vote on criminal contempt for Barr, Ross over census dispute 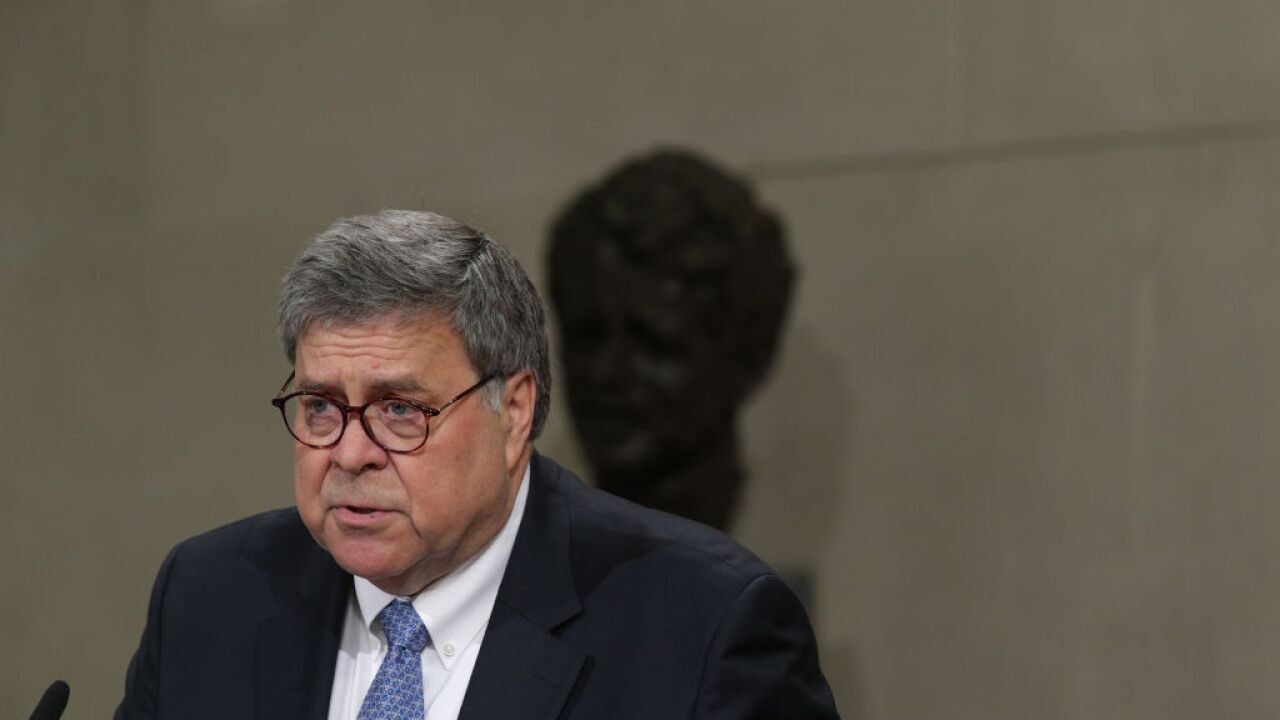 The House of Representatives is expected to vote on Wednesday to hold Attorney General William Barr and Commerce Secretary Wilbur Ross in criminal contempt over a dispute related to the Trump administration's efforts to add a citizenship question to the 2020 census.

The latest escalation in tensions between House Democrats and the administration comes after the House Oversight Committee approved a resolution last month recommending that the House find Barr and Ross in contempt "for refusal to comply with subpoenas" issued as part of the panel's investigation into the push to include a question about citizenship in the upcoming census.

The Justice and Commerce departments pushed back forcefully on the committee vote and have argued that they have been working in good faith to respond to requests from the committee and have already submitted thousands of pages of documents to the panel.

Ross called the move by the committee an "empty stunt" in a statement at the time of that vote, while the Justice Department accused the Democrat-led panel of playing "political games." The committee vote took place hours after President Donald Trump asserted executive privilege over materials related to the citizenship question.

After the Supreme Court last month blocked the question from being added to the census, Trump created uncertainty over what would happen when he insisted that efforts to add the question were "absolutely moving forward" despite statements from both his Department of Justice and secretary of commerce that the administration was printing the census without the question. But at the end of last week, Trump retreated, instead asking government agencies to provide records that could determine a head-count of citizens without polling census-takers directly.

The vote will mark the first time that the full House will vote on criminal contempt of Trump administration officials since Democrats took over the majority. The move is virtually guaranteed to further inflame hostilities between the administration and House Democrats as they pursue oversight efforts. It is unclear, however, what practical impact the House contempt vote will have since a US attorney is not likely to take action against the head of their own Justice Department.

"Congress faces a number of obstacles in any attempt to enforce a subpoena issued against an executive branch official through the criminal contempt statute," a 2017 report from the Congressional Research Service states. "Although the courts have reaffirmed Congress's constitutional authority to issue and enforce subpoenas, efforts to punish an executive branch official for non-compliance with a subpoena through criminal contempt will likely prove unavailing in many, if not most circumstances."

This isn't the first time the full House has taken action in an attempt to enforce congressional subpoenas aimed at administration officials, however.

Last month, the House approved a resolution greenlighting the House Judiciary Committee to go to court to enforce a subpoena for former White House counsel Don McGahn's testimony and of Barr to obtain the unredacted report and evidence from special counsel Robert Mueller. While the resolution authorized the House panel to take its subpoena of Barr to court, an agreement struck between the Judiciary Committee and the Justice Department ahead of the vote meant the committee said it wouldn't take that action so long as the department is cooperating.

House Speaker Nancy Pelosi announced the timing of the criminal contempt vote last week, saying, "Next week, the full house will vote on a resolution of criminal contempt for Attorney General Barr and Secretary Ross so we can enforce our subpoenas and get the facts."

The Commerce Department announced last year that a citizenship question would be included in the 2020 census. The move sparked controversy and a high-stakes court battle with critics arguing that asking about citizenship status would lead to a distorted and inaccurate count. Census data serves as the basis for decisions about how to allocate federal resources and draw congressional districts.