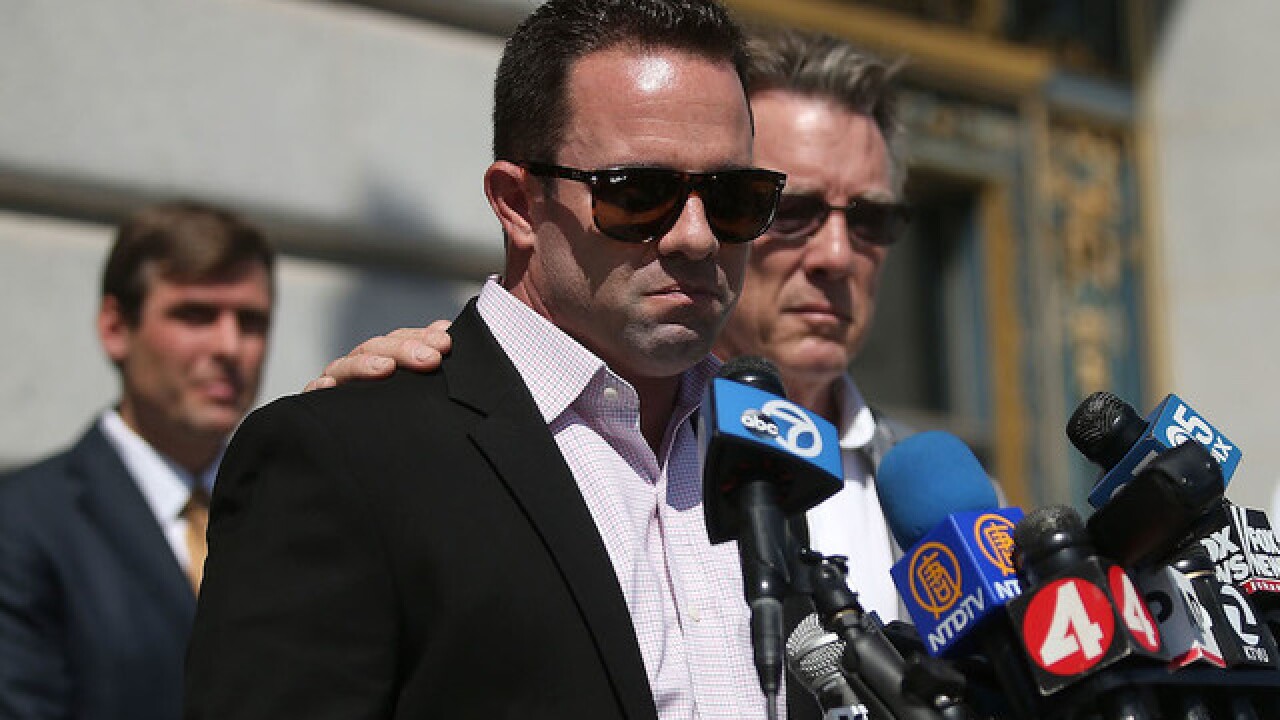 The bills, "Kate's Law" and the No Sanctuary for Criminals Act, would install harsher penalties for repeat illegal entry to the US, and expand US law on sanctuary cities to pressure localities to cooperate with federal immigration enforcement.

But its unlikely either would have enough votes to pass the Senate, which struggled with Kate's Law last year.

Immigration and civil liberties advocates have also come out swinging against the bills, saying they bolster a "deportation force" and anti-immigrant agenda from the Trump administration.

Both bills come from the Judiciary Committee led by Virginia Rep. Bob Goodlatte, a longtime proponent of strict immigration policies like Trump's and Attorney General Jeff Sessions. Another lead sponsor is Iowa Rep. Steve King, one of the most aggressive Republicans on immigration enforcement who has a history of controversial statements about immigrants.

Kate's Law is named for Kate Steinle, a young woman in San Francisco who was murdered on a pier on the Embarcadero allegedly by an undocumented immigrant who was a repeat felon and was deported multiple times. Saturday is the two-year anniversary of her death.

The bill would raise the maximum prison penalties for immigrants caught repeatedly entering the US illegally, with escalating penalties for the number of repeat offenses and for other criminal acts. For example, someone who re-enters the US illegally with a felony conviction or three misdemeanors on their record could be imprisoned for up to 10 years. An undocumented immigrant who illegally crosses after being deported three or more times would also serve up to 10 years.

The bill has been introduced before, and failed to get the 60 votes needed to advance in the Senate last year. It did pick up three Democratic votes -- Indiana Sen. Joe Donnelly, North Dakota Sen. Heidi Heitkamp and West Virginia Sen. Joe Manchin -- but to pass the Senate, Republicans would need five more Democrats to join all Republicans in voting yes. Other red-state Democrats have already voted against the bill.

Critics say the bill would aggressively criminalize even non-criminal undocumented immigrants. Being in the country illegally carries only civil penalties. They also accuse the administration of unfairly and inaccurately portraying immigrants as criminals; meanwhile defenders of the bill say any crime committed by an undocumented immigrant is a crime that could have been prevented.

The sanctuary cities bill would change the law to give the administration far more ability to go after jurisdictions that do not cooperate with federal immigration enforcement.

The bill would give the federal government one of its biggest asks -- requiring localities to comply with "detainers." Immigration and Customs Enforcement can request that law enforcement detain suspected deportable individuals an extra 48 hours beyond what would be required by criminal law, but currently many jurisdictions do not comply with the requests. Some cite a desire to retain cooperation of immigrant witnesses and victims of crimes, others note that federal courts have held such detentions are unconstitutional.

There is currently no law requiring jurisdictions honor the requests.

The bill would require compliance and allow the federal government to withhold law enforcement grant funds from those jurisdictions that don't comply. In an effort to address concerns about the courts, the law would protect compliant localities from being sued, placing liability instead on the federal government. On the other hand, the legislation would allow individuals harmed by an undocumented immigrant who had been released pending a detainer to sue those localities for damages.