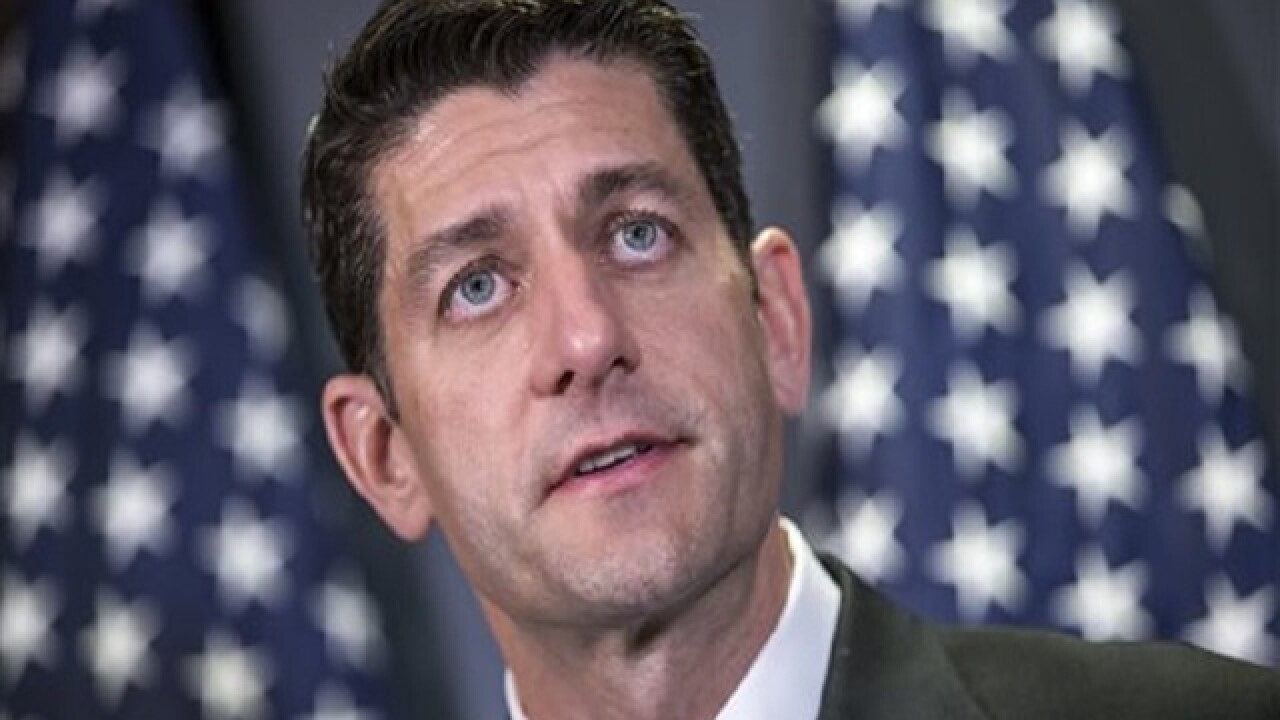 J. Scott Applewhite
<p>FILE - In this May 24, 2016 file photo, House Speaker Paul Ryan of Wis. faces reporters at Republican National Committee headquarters on Capitol Hill in Washington. Ryan is proposing to secure U.S. borders by overhauling the immigration system and installing robust defenses to keep out extremists, criminals and drug cartels. The plan is part of a national security strategy the Wisconsin Republican will unveil on Thursday, June 9, 2016. (AP Photo/J. Scott Applewhite, File)</p>

The plan, revealed Wednesday, relies on individual tax credits to allow people to buy coverage from private insurers, and includes other largely familiar GOP ideas such as medical liability reform and expanding access to health savings accounts. It proposes putting $25 billion behind high-risk pools for people with pre-existing conditions and for others, and transforming the federal-state Medicaid program for the poor by turning it into state block grants or individual per-capita allotments to hold down spending.

But the 37-page white paper falls far short of a full-scale replacement proposal for "Obamacare" and leaves key questions unanswered, including the size of the tax credits, the overall price tag of the plan, and how many people would be covered. Republican aides said it's intended as an overall roadmap showing how the GOP would approach undoing and replacing Obama's health law with a Republican in the White House, and specific legislative details would be answered as the actual bills are written next year.

As such it is an aspirational document like the rest of Ryan's "Better Way" agenda, a six-topic blueprint that the speaker has been rolling out this month at carefully choreographed events that have been getting largely overshadowed by the latest Donald Trump campaign controversy. Ryan was to present his health care proposals alongside several House committee chairmen Wednesday afternoon at the American Enterprise Institute, and a tax plan was coming Friday.

"Obamacare set America on a path that leads to a larger government having a greater role in how health care decisions are made. Today we are proposing a new approach," the report's authors wrote. "This report is the beginning of the conversation, not the end."

The House GOP health care plan comes six years after the Affordable Care Act became law, requiring nearly all Americans to carry health insurance and employers to offer it. The law's mandates and tax increases have stoked endless controversy and opposition from the GOP, yet the number of uninsured people has dropped by about 20 million people to historic lows.

The numerous changes instituted by the law would be difficult to unwind, and the political consensus necessary for accomplishing it difficult to achieve. And despite near-universal agreement among Republicans on the need to undo the law and replace it with something better, the GOP has never united behind, much less passed, a legislative proposal to do so.

The proposal represents one of the most comprehensive efforts to date. Details also include various ideas aimed at shoring up the Medicare health insurance program for seniors, including gradually increasing the retirement age and ultimately giving beneficiaries a choice of private plans to choose from in competition with the existing fee-for-service model.

Ryan agonized over endorsing Trump for weeks, finally doing so this month because he said Trump would be more likely to agree with the GOP agenda than Democrat Hillary Clinton. But at least publicly Trump has yet to sign onto Ryan's agenda.