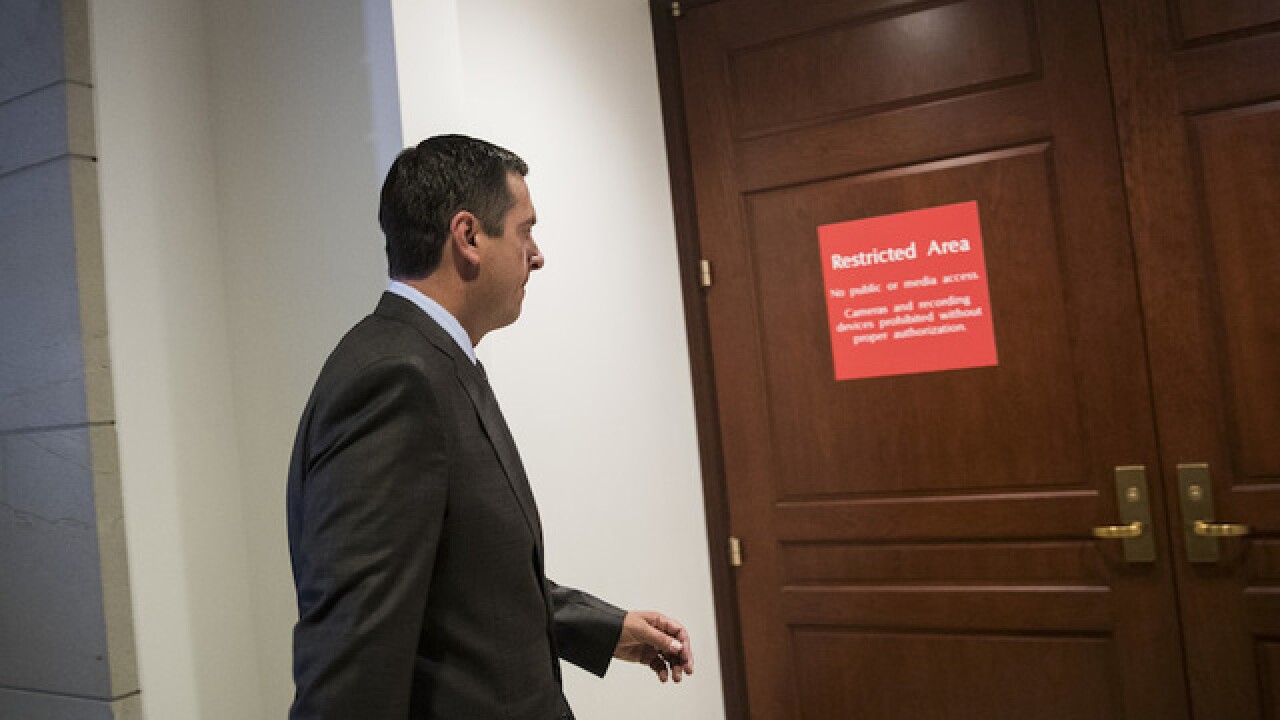 Schiff says Republicans on the committee voted to release the controversial memo by chairman Devin Nunes.

The Nunes memo says that the FBI abused the FISA surveillance law over its use of the opposition research dossier on Donald Trump and Russia as part of the case to obtain a FISA warrant for former Trump campaign foreign policy adviser Carter Page. It cites the role of deputy attorney general Rod Rosenstein and outgoing deputy FBI director Andrew McCabe for their roles in overseeing aspects of the investigation, according to a source briefed on the matter.

Separately, Republicans on the House Oversight and Judiciary Committees are expected to get briefed Tuesday by Justice Department Inspector General Michael Horowitz, who is investigating FBI actions during the 2016 election, according to two members of the panels, which are conducting a separate investigation into the FBI.

One of the members, Jim Jordan of Ohio, confirmed to CNN the meeting was taking place Tuesday, saying it will not be the first time the members are meeting with Horowitz. Democrats on the committees are contending they were not invited to the briefing.

The House Intelligence Committee also considered a Democratic memo by Schiff, who said he would be offering his own memo Monday evening to counter the Nunes one. Schiff and other Democrats say Nunes' memo skews the intelligence it's based on and is effectively an effort to try to discredit special counsel Robert Mueller's investigation into Russian election meddling and possible collusion with the Trump campaign in 2016.

Rep. Mike Conaway, the Texas Republican leading the committee's Russia investigation, told CNN Monday that he would support releasing publicly Schiff's memo as well as the Nunes memo, so long as it did not reveal intelligence sources and methods.

Rep. Will Hurd, a GOP member of the House Intelligence Committee whose seat is endangered in November, would not say Monday whether he would vote to release the memo.

"I will evaluate the proposal when it gets in front of me," Hurd said. Asked if DOJ needed to see it first as it has demanded, Hurd said: "It's all based on their information."

The vote could spark a showdown between Trump and his Justice Department.

Under an obscure committee rule to make the classified memo public, which has never been invoked in the panel's 40-plus-year history, the President would have five days following a vote to decide whether to allow the public release to move forward or object to it.

Trump, who has called the investigations a hoax and witch hunt, is inclined to release it, CNN has reported.

White House deputy press secretary Raj Shah said on CNN's "New Day" Monday that releasing the memo could "send a message of accountability" in the US intelligence community.

"It could shed light on allegations that have existed for a long time," Shah told CNN's Chris Cuomo, adding that Trump hasn't seen the memo.

House Speaker Paul Ryan is deferring to Nunes over whether to release the memo, an aide to the speaker said Monday. The speaker's move all but ensures that the Justice Department won't get much backing within the House Republican conference, and underscores the divide between House Republicans who are pushing for the memo's release and many Senate Republicans, who are urging caution and siding with the Justice Department.