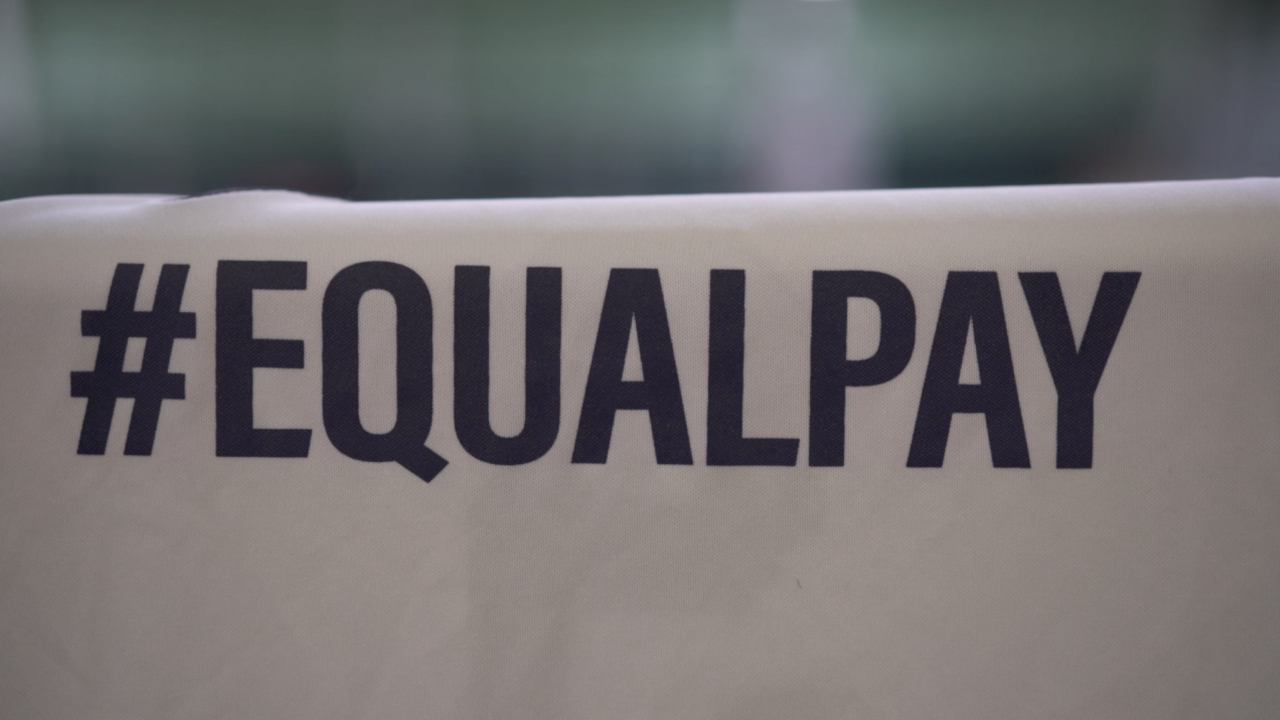 BURLINGTON, Vt. – The varsity soccer players with Burlington High School are more than just a team. They’ve become advocates for all women in achieving equal pay.

“We were inspired by the U.S. Women’s National Team and their lawsuit for equal pay," high school senior Maia Vota said. "And just knowing that when we’re older that could be us making less pay for equal work."

The idea of making less money than their male counterparts didn’t sit well with them. So they decided to be a part of the movement for change and wore “#EqualPay” shirts to their last game of the season. Wearing the equal pay jersey underneath their regular jerseys, the girls planned to unveil the message after getting a goal. However, not all went according to plan.

“It was zero-zero until three minutes left to go in the game and then I got a goal. And we were very excited and so I took my shirt all the way off and started swinging it around,” high school senior Helen Worden said.

Three other players followed her lead, but then the referee came over to give each girl a yellow card.

“We understand that he was carding us for excessive celebration, but we think under the circumstances it was appropriate since our whole game was an equal pay event,” high school senior Maggie Barlow said.

Either way, they say the action was worth it because it gave them national attention with famous athletes like Brandi Chastain and Abby Wambach giving them a shout out.

“We were all screaming and hugging each other," Barlow said.

They’re just a small part of the growing gender pay gap movement. The American Association of University Women – or AAUW – is an organization working to advance gender equity for women and girls.

According to Churches, the gender pay gap extends to every industry and the higher a job is in pay, the larger the gap typically is.

“So the gender pay gap really is that when you have equal skills and equal educational levels, and yet women are paid systemically less than their male colleagues,” Churches said.

Churches says part of the problem is that women have been historically steered toward a certain type of career that’s typically underpaid, like teaching or social work. However, she says women are still being offered less money when entering traditionally male-dominated professions. The same can't be said when the roles are reversed.

“Nursing is a great example of that. More men have been entering the nursing field, and yet there’s still an 8 percent pay gap. Meaning once men entered, they were out-earning their female colleagues,” Churches said.

So why is this happening? Besides traditional bias, Churches says states that haven’t updated laws are using salary history to determine future salary and women are often less likely to negotiate pay. With more dual-income parents today and more women becoming the breadwinner of their family, Churches says there needs to be updated policies, employers have to improve their practices, and women must feel empowered to navigate their own financial futures.

“Frankly this is not just a women’s issue, it’s about economic security for families,” Churches said.

Families that many young women hope to have.

“The wage gap is supposed to close in 2048, and that is not ok. It should be now. It should have been a while ago. So I think our hope is that with awareness it can speed up and it can close faster than that,” Worden said.

The girls’ story has helped to sell $110,000 worth of “equal pay” jerseys with the proceeds going toward promoting women’s economic equality.