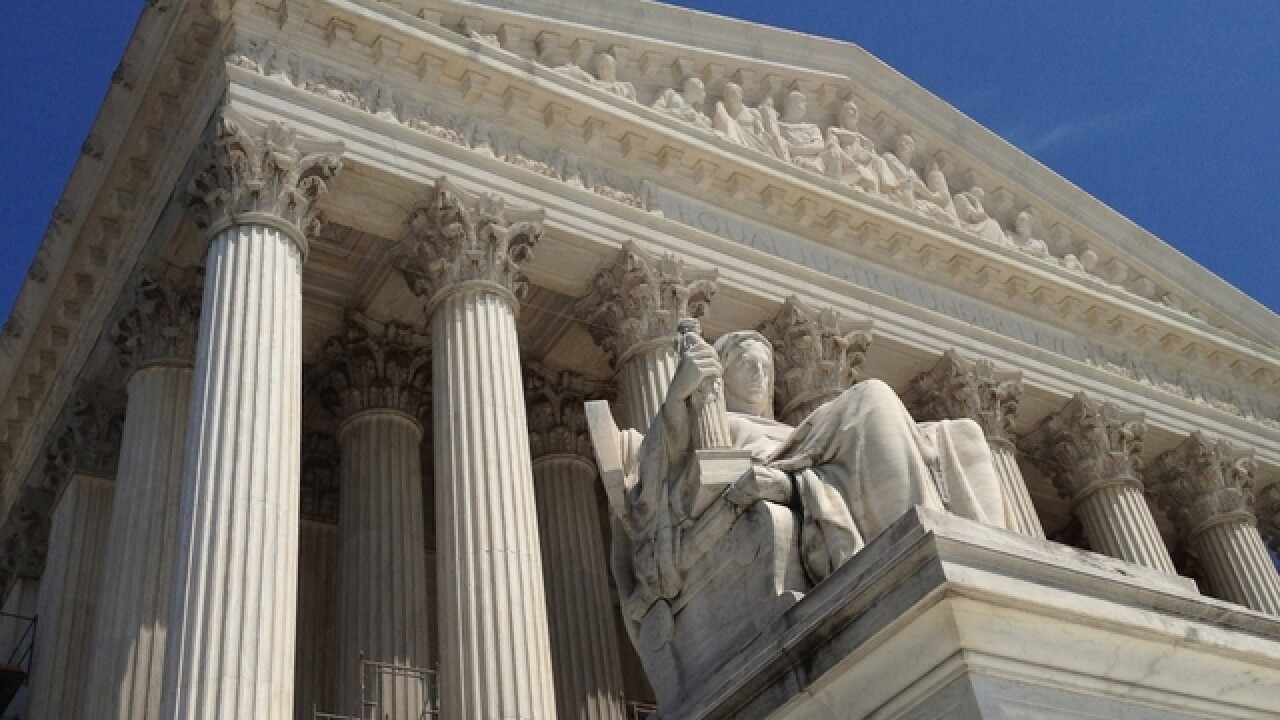 WASHINGTON (AP) — The Supreme Court will decide whether states can criminalize a driver's refusal to take an alcohol test even if police have not obtained a search warrant.

The justices on Friday agreed to hear three cases challenging laws in Minnesota and North Dakota that make it a crime for people arrested for drunken driving to refuse to take a test that can detect alcohol in blood, breath or urine.

At least a dozen states make it a crime to refuse to consent to warrantless alcohol testing. State supreme courts in Minnesota and North Dakota have ruled the laws don't violate constitutional rights.

The Supreme Court ruled in 2013 that police usually must try to obtain a search warrant before ordering blood tests for drunken-driving suspects. The high court said circumstances justifying an exception to the warrant requirement should be decided on a case-by-case basis.

In the case from Minnesota, police arrested William Bernard after his truck got stuck while trying to pull a boat out of a river in South Saint Paul. Police officers smelled alcohol on his breath and said his eyes were bloodshot. After Bernard refused to take a breath test, police took him into custody.

Bernard was charged with operating a motor vehicle under the influence of alcohol and a first-degree count of refusal to take a breath test, which carries a mandatory minimum sentence of three years in prison.

He argued that the refusal law violated his Fourth Amendment rights by criminalizing his refusal to submit to a search. A divided Minnesota Supreme Court upheld the law, finding that officers could have ordered a breath test without a warrant as a search incident to a valid arrest.

The North Dakota Supreme Court upheld similar challenges to its test refusal law, ruling that motorists are deemed to consent to alcohol testing. The court called the law a reasonable tool in discouraging drunk driving.

One of the two North Dakota cases the high court will hear involves Danny Birchfield, who was arrested after he drove his car into a ditch and failed a field sobriety test and a breath test. He declined to take additional tests and was convicted under the state's refusal law, which counts as a misdemeanor for a first offense.

A second appeal from North Dakota comes from Steve Beylund, a driver who was stopped on suspicion of drunk driving and consented to a chemical alcohol test. Beylund later tried to suppress the evidence from that test, but lower courts declined.

In all three cases, the challengers argue that warrantless searches are justified only in "extraordinary circumstances." They say routine drunk driving investigations are among the most ordinary of law enforcement functions in which traditional privacy rights apply.