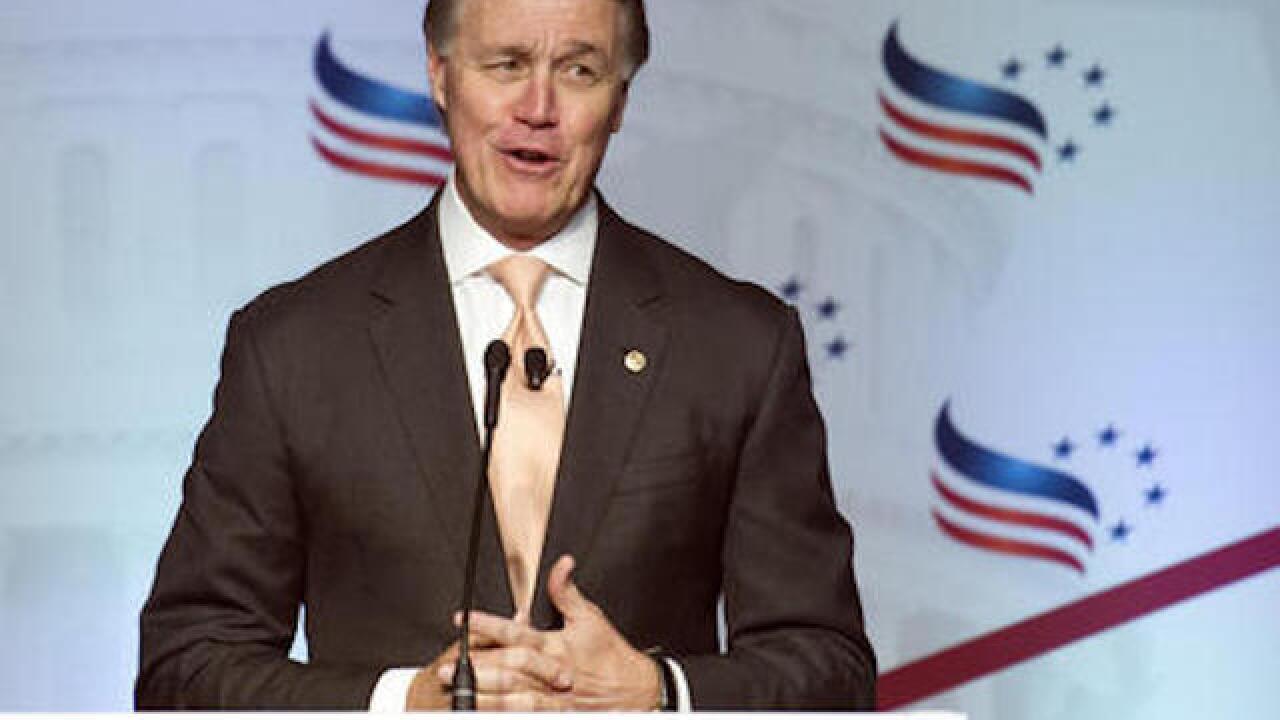 WASHINGTON (AP) — A Republican senator told conservatives Friday they should pray for President Barack Obama and suggested a biblical passage that says, "Let his days be few."

Georgia Sen. David Perdue told a gathering of religious conservatives that "we need to be very specific about how we pray." He suggested using , which reads: "Let his days be few, and let another have his office."

As the audience at the Faith & Freedom Coalition's conference laughed and applauded, Perdue said, "In all seriousness, I believe that America is at a moment of crisis."

The next lines of the Psalm read: "Let his children be fatherless and his wife a widow."

Kristen Orthman, a spokeswoman for Senate Democratic Leader Harry Reid, said Perdue's comments "left the impression he was praying for the death of President Obama."

Senate Majority Leader Mitch McConnell, R-Ky., followed Perdue on stage "and did not condemn him," Orthman said. "If Republicans are still wondering why Donald Trump is their nominee, look no further than today's Faith and Freedom conference," she said.

Megan Whittemore, a spokeswoman for Perdue, said the senator told the Faith & Freedom audience that, "We are called to pray for our country, for our leaders and for our president."

Perdue "in no way wishes harm toward our president, and everyone in the room understood that," Whittemore said.

At the White House, spokesman Josh Earnest said that "as Sen. Perdue considers whether an apology is appropriate, there are a variety of other scriptures he might consult."