Gluten-free diet not healthy for everyone 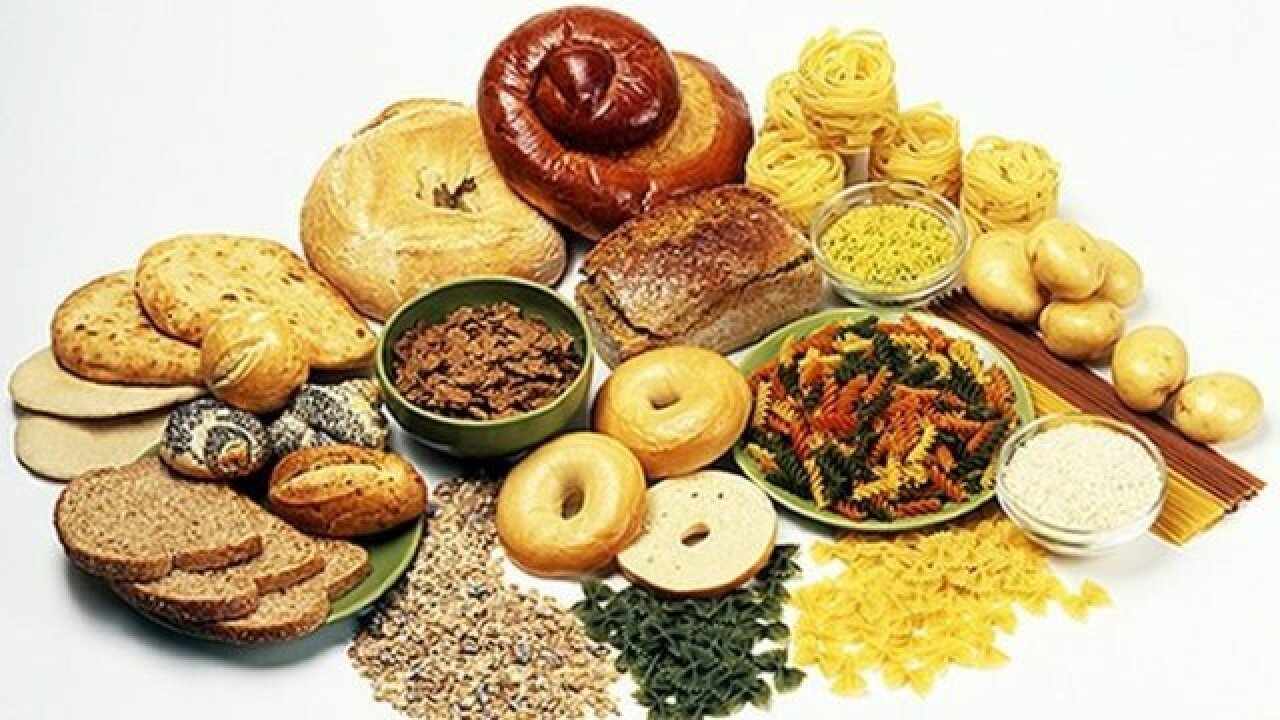 Copyright 2018 Scripps Media, Inc. All rights reserved. This material may not be published, broadcast, rewritten, or redistributed.
Getty Images
<p>There was a time when gluten, a mixture of proteins found in wheat, rye and barley, was something of a foreign term. Not many people had heard of it, and the few who needed to avoid it found meals to be extremely challenging.</p>

There was a time when gluten, a mixture of proteins found in wheat, rye and barley, was something of a foreign term. Not many people had heard of it, and the few who needed to avoid it found meals to be extremely challenging.

Today, I hear the word "gluten" on a daily basis, but mostly as a food component to be avoided at all costs. In fact, according to late-night host Jimmy Kimmel, it seems that "in Los Angeles, gluten is comparable to Satanism." But is banning gluten from your diet really a wise health decision?

"That's the $64,000 question that everyone is asking," said Shelley Case, a registered dietitian, expert on the gluten-free diet and author of "Gluten Free: The Definitive Resource Guide." "The answer is, not everyone benefits from going gluten-free, despite the fact that celebrities and athletes say it will cure anything that ails you."

Who needs to go gluten-free

A gluten-free diet is designed specifically for those with celiac disease and a condition known as non-celiac gluten sensitivity, Case explained.

When gluten is consumed in people with celiac disease, it triggers an immune response that damages the lining of the small intestine, which affects the ability of the intestine to absorb nutrients, including carbohydrates, proteins, fats, vitamins and minerals. When nutrients are not properly absorbed, deficiencies can result, causing anemia, osteoporosis, weight loss and other complications.

Following a gluten-free diet allows the intestine to heal; nutrients are absorbed, and symptoms such as abdominal pain, bloating, fatigue and diarrhea or constipation resolve over time.

"Medical nutrition therapy with a gluten-free diet is the only treatment that will work for celiac disease, and if people don't follow it strictly, they can have all kinds of complications," said Case, who has celiac disease and avoids gluten-containing foods.

People with non-celiac gluten sensitivity may have trouble digesting gluten and have similar symptoms to those with celiac disease, but they lack the antibodies and intestinal damage seen in celiac disease, according to Case.

They also benefit by following a gluten-free diet to alleviate symptoms, which may also include headaches, fatigue and joint pain in addition to gastrointestinal problems similar to those of celiac disease.

The definitive test for diagnosing celiac disease is a small intestinal biopsy in which multiple samples are taken from the small intestine. But it's important to avoid going on a gluten-free diet until tests are completed, as doing so can interfere with an accurate diagnosis.

The only way to determine whether someone has non-celiac gluten sensitivity is to first rule out celiac disease and wheat allergy and then observe the response to a gluten-free diet, followed by a reintroduction of gluten to see if symptoms return.

Note: Although some may believe that a gluten-free diet may help children with autism spectrum disorder, this is "really controversial" and lacks rigorous scientific evidence, according to Case.

Gaining popularity, but for its intended population?

Despite the fact that a gluten-free diet is primarily indicated for those with celiac disease and non-gluten celiac sensitivity, the diet has increased in popularity, even among those who are not allergic to gluten. According to the Academy of Nutrition and Dietetics, gluten-free alternatives to traditional foods accounted for nearly $1.6 billion in sales in 2015, with most of the growth driven by consumers for whom being gluten-free is not medically necessary.

On the flip side, those who should be eliminating gluten from their diets may not be doing so.

"Up to 85% of individuals who have celiac disease don't know it because they write their symptoms off or change their diets without being tested," said Julie Stefanski, a registered dietitian and spokeswoman for the Academy of Nutrition and Dietetics. "Rather than diagnosing yourself, work with a reputable gastroenterologist, coupled with an experienced registered dietitian who specializes in GI disorders."

Jumping on the gluten-free bandwagon may seem enticing, but self-prescribing a diet devoid of gluten comes with risks.

For one, if you eliminate gluten from your diet and then get tested for celiac disease, you run the risk of a false negative result, because an accurate diagnosis requires that you consume gluten. If this occurs, you may not be aware that you actually have celiac disease. It is estimated that 70% to 85% of the population with celiac disease is undiagnosed.

Also, if you don't know that you have celiac disease, you won't follow the diet as strictly as you may need to in order for the intestinal lining to completely heal and prevent complications such as anemia, osteoporosis and lymphoma, Case explained.

Cutting out gluten can also prevent you from getting to the root of a problem. For example, people may feel better cutting out wheat, but that's because they are sensitive to other components of wheat known as fructans, not gluten specifically. Foods containing fructans but not gluten, like asparagus or artichokes, would cause similar symptoms.

"Recently, someone shared with me that their boyfriend avoids gluten because it makes him feel quite sleepy after a lot of pasta. Unfortunately, that's a good example of a leap to a conclusion that may not be the true problem," Stefanski said. "Too many carbohydrates at one time, whether they contain gluten or not, can sometimes make people feel sleepy or have cravings for sweets due to either an elevated insulin or blood sugar level."

Other possible causes of digestion problems -- including a lot of lactose or fructose or too much fat, artificial sources of fiber or even alcohol -- can be mixed in with meals that also contain gluten, Stefanski explained. "While the finger often gets pointed at gluten, people will still continue to feel bad despite eliminating gluten-containing foods."

If you unnecessarily cut out gluten, you may also be risking nutrient deficiencies.

"Gluten-free substitutes, if based on rice or tapioca, can be lower in fiber than their traditional counterparts and may not be fortified with B vitamins or iron, a mandatory addition to any processed wheat product in the US," said Stefanski, who has worked extensively with modified diets for gastrointestinal issues for the past 15 years.

What's more, gluten-free products may be just as caloric as their gluten-containing counterparts. "Many gluten-free baked products are made with white rice flour or various starches and contain more fat and sugar to make them bind together and be more palatable," Case said.

Adding more fruits, vegetables, pulses, gluten-free whole grains, nuts and seeds is the best way to replace gluten-containing foods when indicated, "but many people don't do that," Case said. "It's not uncommon for people to eat gluten-free toast for breakfast, rice crackers with lunch, gluten-free pasta for dinner and gluten-free cookies for a snack."

Stefanski added, "gluten-free junk food is still junk food. While a gluten-free cookie may not have wheat, it still has calories. In my experience as a registered dietitian, clients normally find substitutes for gluten-containing treats and eventually add back in high-calorie, albeit gluten-free, indulgences."

For those who do feel better or lose weight when they eliminate gluten, it may be because they are simply ridding their diets of processed carbohydrates in which gluten is found, such as breads, pasta, cookies and cakes, and eating more fiber-rich fruits and vegetables instead.

In fact, one recent study found that when healthy people eat a low-gluten diet, they experience less bloating and lose a modest amount of weight compared with those eating a high-gluten diet with the same amount of calories and fiber. However, the researchers attribute the effects of the low-gluten diet not to its lower gluten content but to a major change in the composition of the participants' fiber intake -- a factor that caused changes in their intestinal microbiomes and production of bacterial compounds affecting digestion and energy metabolism.

"We conclude that the effects of low-gluten dieting in healthy people is NOT due to reduced intake of gluten itself but rather to a concomitant major change in dietary fiber composition by reducing fibers from wheat and rye and replacing them with fibers from vegetables, brown rice, corn, oat, quinoa, and other non-gluten containing whole grain cereals," said study author Dr. Oluf Pedersen, a professor at the University of Copenhagen.

Finally, adhering to a gluten-free diet can be socially challenging. "Truly staying gluten-free and eating at a restaurant or a friend's home can be frustrating sometimes. Determining the real culprits for your digestive issues may help you enjoy more foods rather than eliminating suspected sources of discomfort that really aren't the true problem," Stefanski said.