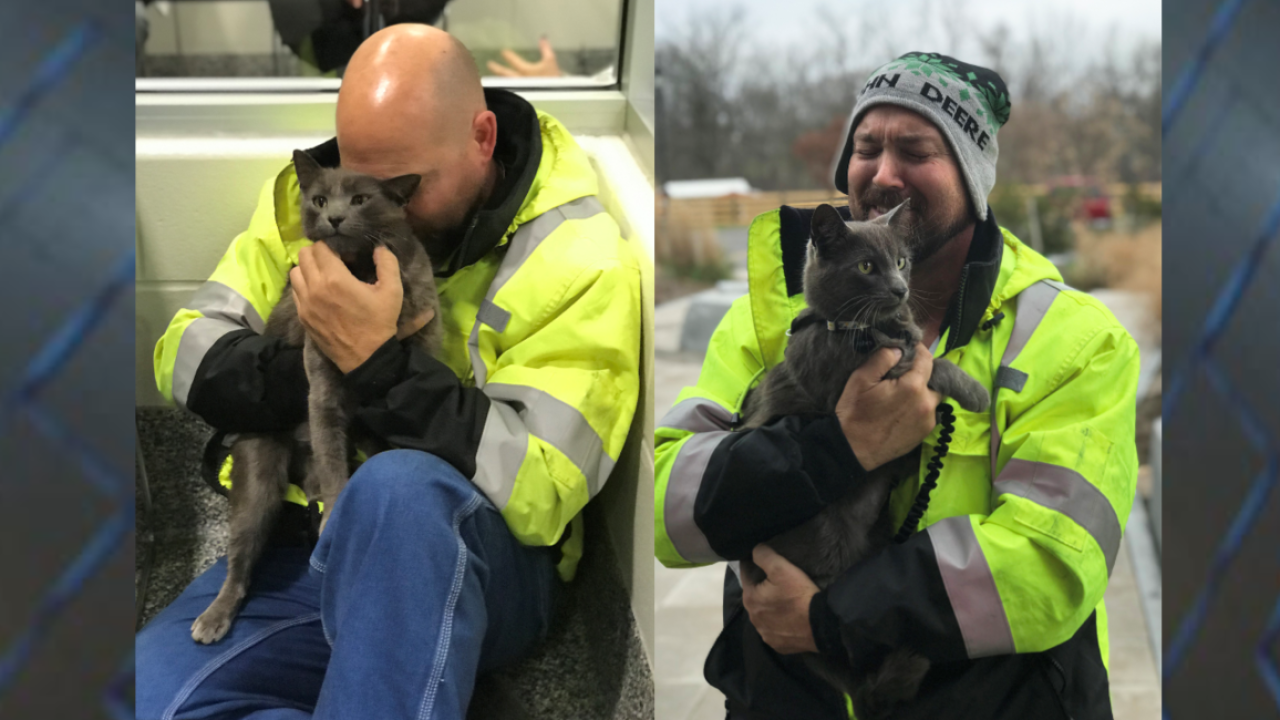 A little Christmas magic helped reunite a Georgia man with his cat who went missing back in July at a truck stop in Ohio.

According to the Humane Society of Greater Rochester, a trucker named Mathew made a pit stop at Love's Truck Stop in Springfield, Ohio, back in July when his road mate, known as "Ashes," got spooked and slipped out the truck back. Matthew was devastated and searched everywhere for Ashes but had no luck finding him.

Four months later, a woman named Kimberly noticed the 3-year-old cat at a truck stop in Ohio last month. It was only 13 degrees outside and the cat appeared cold, hungry and was seeking attention.

“He was trying to not put his feet down on the ground, it was so cold," Kimberly said.

Kimberly and her friend searched the general area for anyone that may know if someone was missing him. When they couldn’t find any answers, Kimberly scooped up the cat and invited him to warm up in a blanket in the car.

In fear for the cat's life, Kimberly decided to bring Ashes back to the Humane Society's Lollypop Farm in Rochester, New York. She knew that this was the perfect place where Ashes, who she called "Smokey," would get the help he needed.

When Ashes arrived at the Lollypop Farm, a microchip was found inside of him. Shortly after, workers discovered that this cat had traveled across the country.

The system showed that Ashes' owner was more than 1,465 miles away.

Lollypop then notified Matthew that Ashes had been found safe and sound and was receiving veterinary care in New York.

After receiving the call from the clinic, Matthew, who's home is based in Georgia, rearranged his schedule and rushed to Rochester. When Matthew arrived, the clinic team brought Ashes out into the cat adoption center.

It was a joyous moment as Ashes was greeted by Matthew, Kimberly and her friend, who had come to witness the reunion.

Christmas also came early for Ashes as the lost and found team gave him a brand new name tag, collar and harness.

Now, thanks to the microchip, Ashes and Matthew are back together and on the road yet again, just in time to spend the holidays together.

“It’s that microchip — without it, I wouldn’t have ever gotten him back,” Matthew said. “If you love your pet, you just have to chip them. The women that found him saved his life, but the microchip brought him home.”

This story was originally published on WTXL.