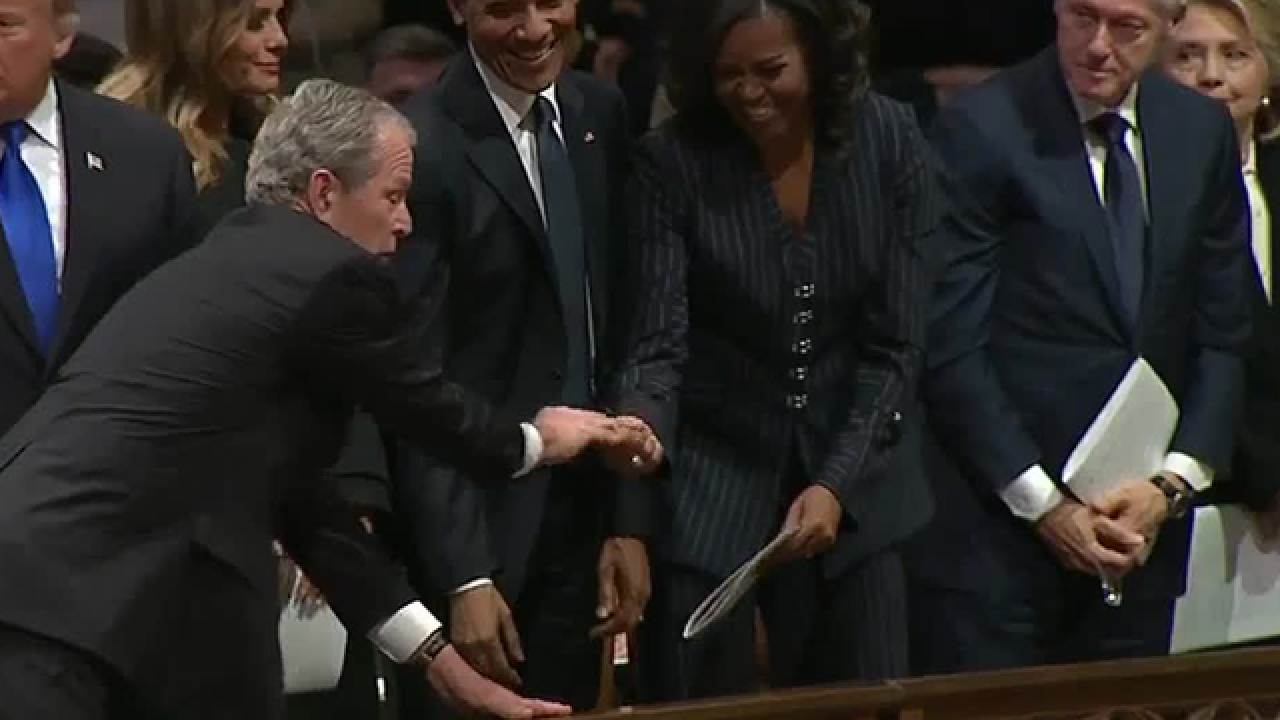 After going viral in September for slipping Michelle Obama a piece of candy during the funeral of Senator John McCain, George W. Bush has done it again at his father's funeral and warmed our hearts all over again.

As he greeted President Trump, First Lady Melania Trump, former Presidents, and former First Ladies at his father's funeral on Wednesday, he reached his hand out to Michelle and gave her what appears to be a piece of candy. The moment made her and the former Presidents share a sweet laugh together.

↓ Watch the viral moment below ↓