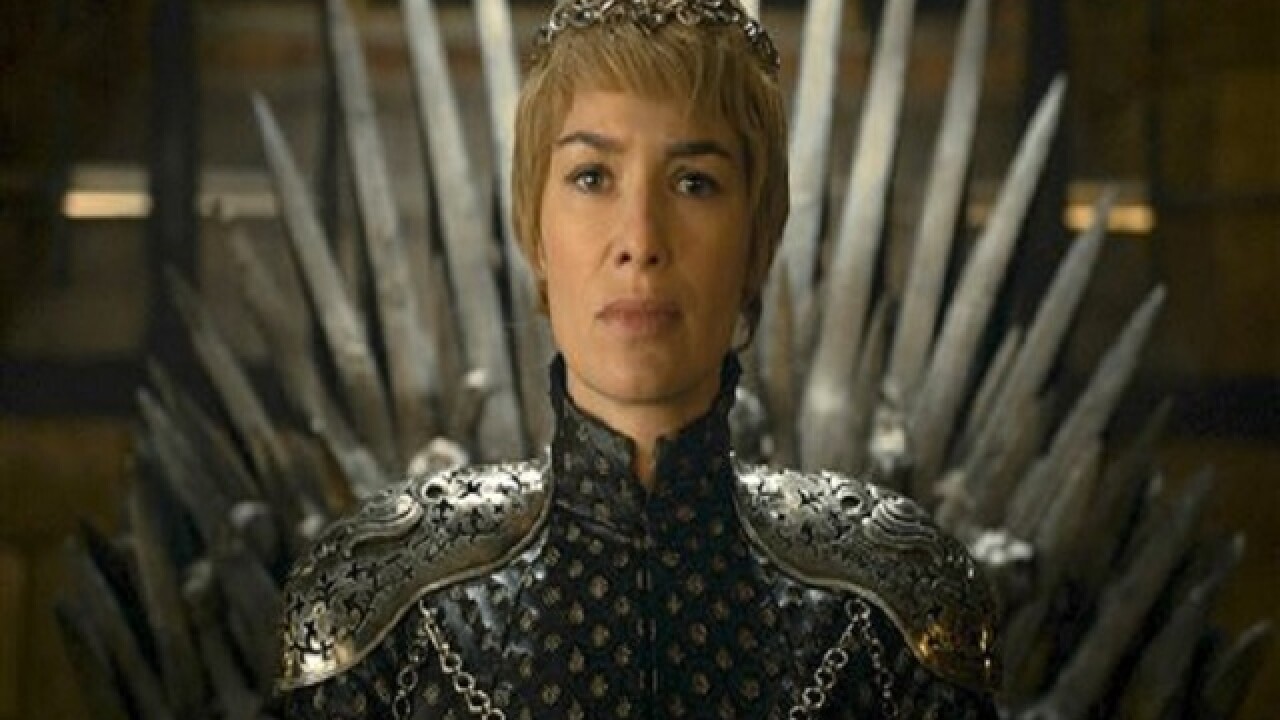 <p>In this image released by HBO, Lena Headey appears in a scene from "Game of Thrones." �Game of Thrones� and �Veep� are among the top contenders for the 68th prime-time Emmy Award nominations. The shows claimed the top drama and comedy series prizes at last year�s Emmy ceremony. (HBO via AP)</p>

By: Associated Press
Posted at 10:31 PM, Jul 13, 2016
LOS ANGELES (AP) — "Game of Thrones" and "Veep" are among the top contenders for the 68th Primetime Emmy nominations.
The shows claimed the top drama and comedy series prizes at last year's Emmys. They'll find out if they made the cut when this year's nods are announced Thursday morning in Los Angeles.
Academy voters will get the chance to show if they can keep pace with TV's increasing diversity. Among the possible contenders include the TV sitcom "black-ish," the transgender comedy "Transparent" and the Asian-American family comedy "Fresh Off the Boat."
Viola Davis, who last year became the first woman of color to win for drama series actress, likely will be nominated again for "How to Get Away with Murder."
The nominations will be announced live on Emmys.com at 11:30 a.m. EDT.
Copyright 2016 The Associated Press. All rights reserved. This material may not be published, broadcast, rewritten or redistributed.