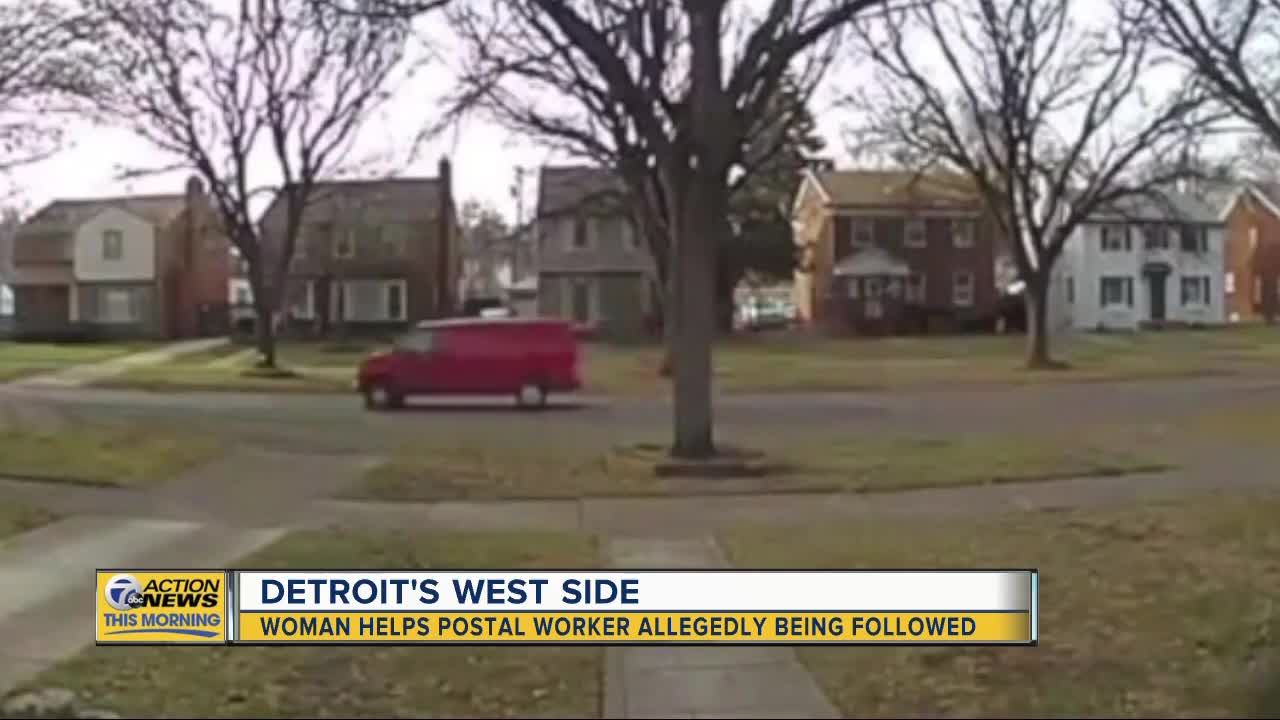 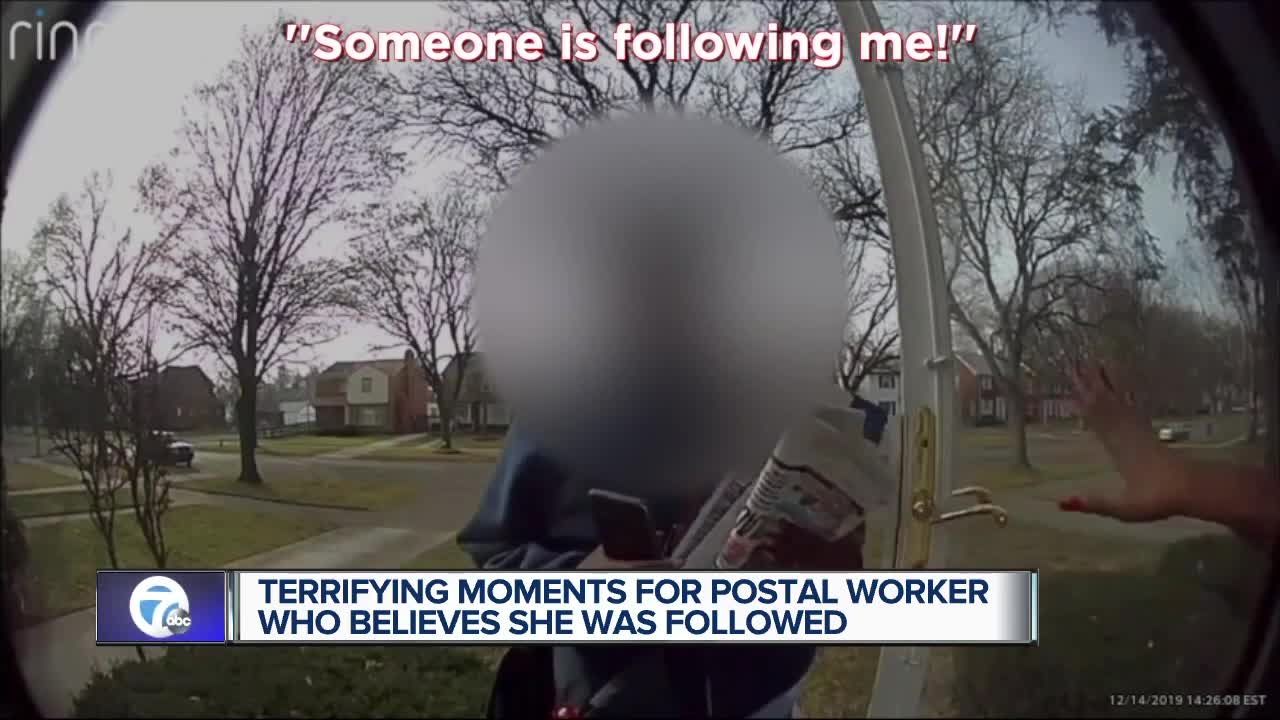 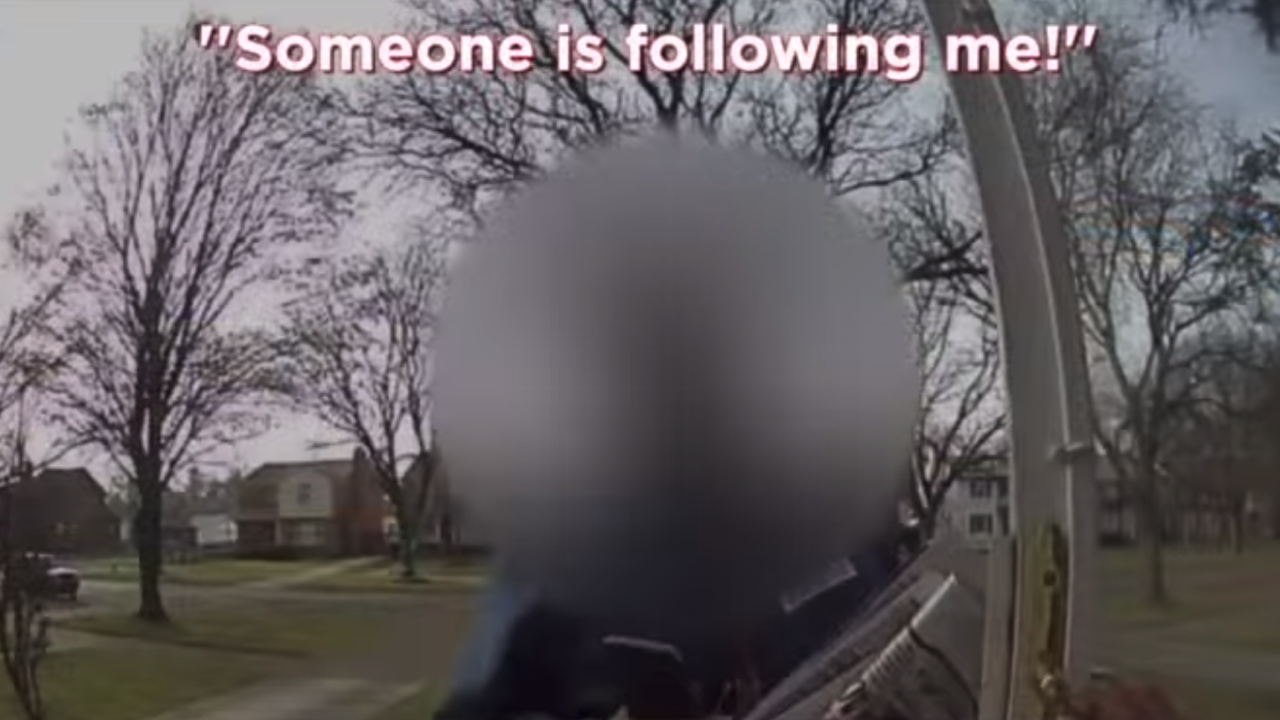 DETROIT, Mich. -- A visibly distressed postal worker was helped by a neighbor Saturday after she was reportedly followed by several men in a red van while out making deliveries.

Ring doorbell video shows the mail carrier looking over her shoulder and shaking as she goes to a nearby front porch in the area of Schoolcraft and Stahelin in Detroit. She was noticeably desperate for help.

The homeowner, Tania Jackson, was alerted to the carrier's presence via Ring, which senses movement nearby. Jackson went to her front porch when she noticed the carrier from her smartphone.

“She was shaking, you could tell she was fearful," Jackson said, who quickly opened the door for the worker.

This gives me goosebumps. "As I was closing the door, I saw the red truck go by." The same truck reportedly following the mail carrier moments earlier @wxyzdetroit pic.twitter.com/56Hc9K9j2B

“She’s like, 'can I come in can I come in, please,'" Jackson said. "And I opened the door and I’m like yeah, come in. Are you okay? And she immediately said 'no.' She started crying.”

The worker reported to Detroit police and USPS she’d been followed by several men in a red van. Within seconds of Jackson closing the door, the van drove by.

"I saw the red truck go by and I saw there was two gentlemen in the car," Jackson said. "I thought maybe they would have left but I don’t know if they were trying to see if anyone would assist her, anyone would come to her aid because had we not been home, God knows what would have happened.”

The men reportedly approached the carrier before. At that time they were asking her if she had any change of address forms. According to Detroit police, when she said no, a man asked her to go and get one from her truck. That’s when she went for help.

Both USPS and Detroit police are investigating the incident.

This story was originally published by staff at WXYZ.