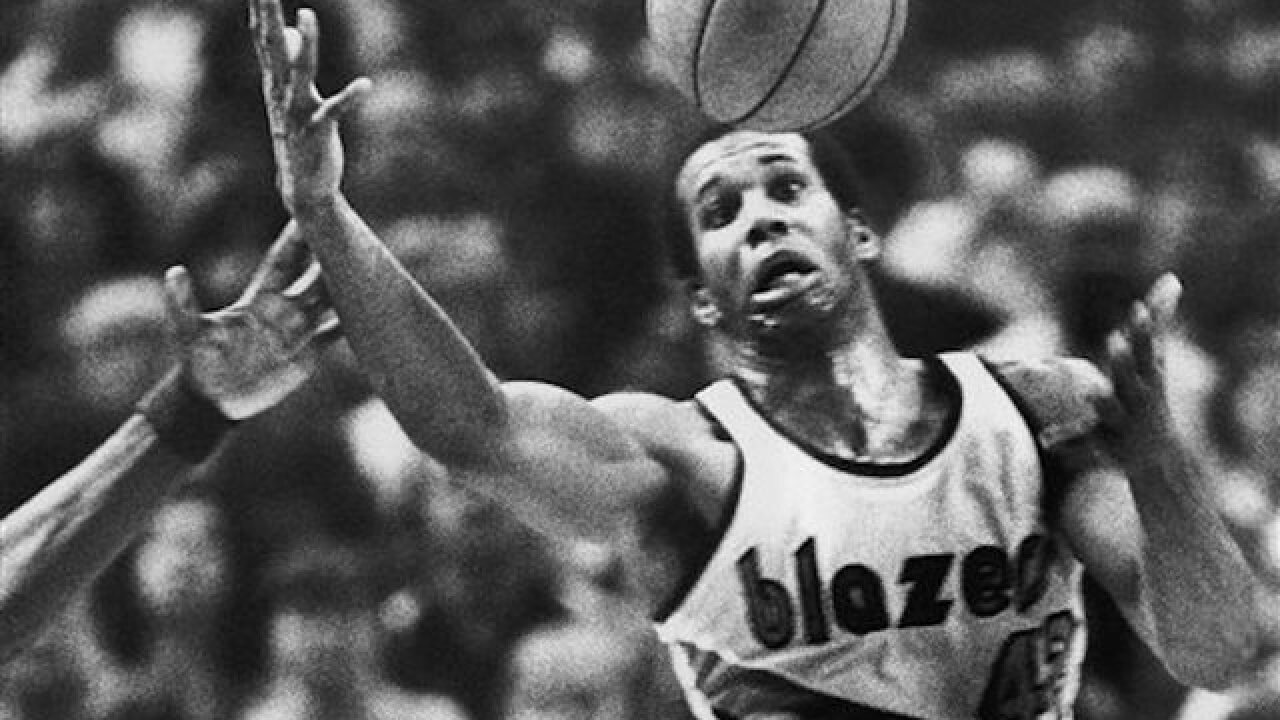 Copyright Associated Press
Jack Smith
<p>In this Dec. 25, 1979, file photo, Portland Trail Blazers' Kermit Washington gains control of a loose ball during an NBA basketball game against the Golden State Warriors in Portland, Ore. Washington, who notoriously gave a bone-breaking face punch to the Houston Rockets' Rudy Tomjanovich during a 1977 Lakers game, has been arrested by federal agents. Washington was arrested on a warrant Tuesday, May 24, 2016, in Los Angeles. Officials won't discuss the arrest, but they have set a news conference for Wednesday in Kansas City, Mo. (AP Photo/Jack Smith)</p>

KANSAS CITY, Mo. (AP) — Prosecutors have filed charges against former NBA forward Kermit Washington, accusing him of embezzling about a half-million dollars in charitable donations meant to help the needy in Africa and spending it on jewelry, vacations and other things.

Washington, who was best known for his bone-shattering punch to the face of Houston Rockets player Rudy Tomjanovich during a game in 1977, was charged in an indictment filed in Kansas City on Monday. The indictment was unsealed Wednesday after Washington's arrest Tuesday in Los Angeles, said Tammy Dickinson, U.S. attorney for the western district of Missouri.

Online court records don't list a lawyer for Washington, who authorities said has been released on bond.

Washington is charged with interfering with internal revenue laws, conspiracy to commit wire fraud, obstruction of justice and aggravated identity theft. The charges largely stem from transactions that occurred from about 2004 through 2013, according to the indictment.

"The federal indictment alleges this former NBA player used his celebrity status to exploit the good intentions of those who donated to a charity he founded, called Project Contact Africa," Dickinson said.

She declined to say how much of the money actually went to the charity, but she characterized it as a "very small fraction."

The investigation, which is ongoing, stemmed from an earlier Kansas City-based federal investigation into pirated software that has involved charges against several other people. Dickinson said investigators "followed the money" in that investigation and uncovered Washington's fraud.

Defendants in the software case are accused of paying Washington to allow them to sell items through Project Contact Africa's website, saving them money in fees that would have been owed to PayPal and eBay if the items were not sold through a charity, Dickinson said.

Washington, 64, worked as a regional representative for the National Basketball Players Association from 2005 until 2015, and authorities have accused him of using that position to refer professional athletes to Ron Mix, a Pro Football Hall of Famer and San Diego lawyer who specialized in worker's compensation cases, in exchange for about $155,000 in donations to Washington's charity.

Mix, who was accused of claiming that amount as a charitable donation, pleaded guilty Monday in Kansas City to a felony tax-fraud charge.

Washington played in the NBA in the 1970s and 1980s for several teams, including the Los Angeles Lakers, Boston Celtics, San Diego Clippers and Portland Trail Blazers. He is best remembered for his infamous punch that fractured Tomjanovich's face and left him unconscious during a 1977 game between Washington's Lakers and the Rockets.

This story has been updated to correct the spelling of Tammy Dickinson's name in one reference. It had been misspelled Dickenson.