Do you flush your contact lenses? Here's why you should stop 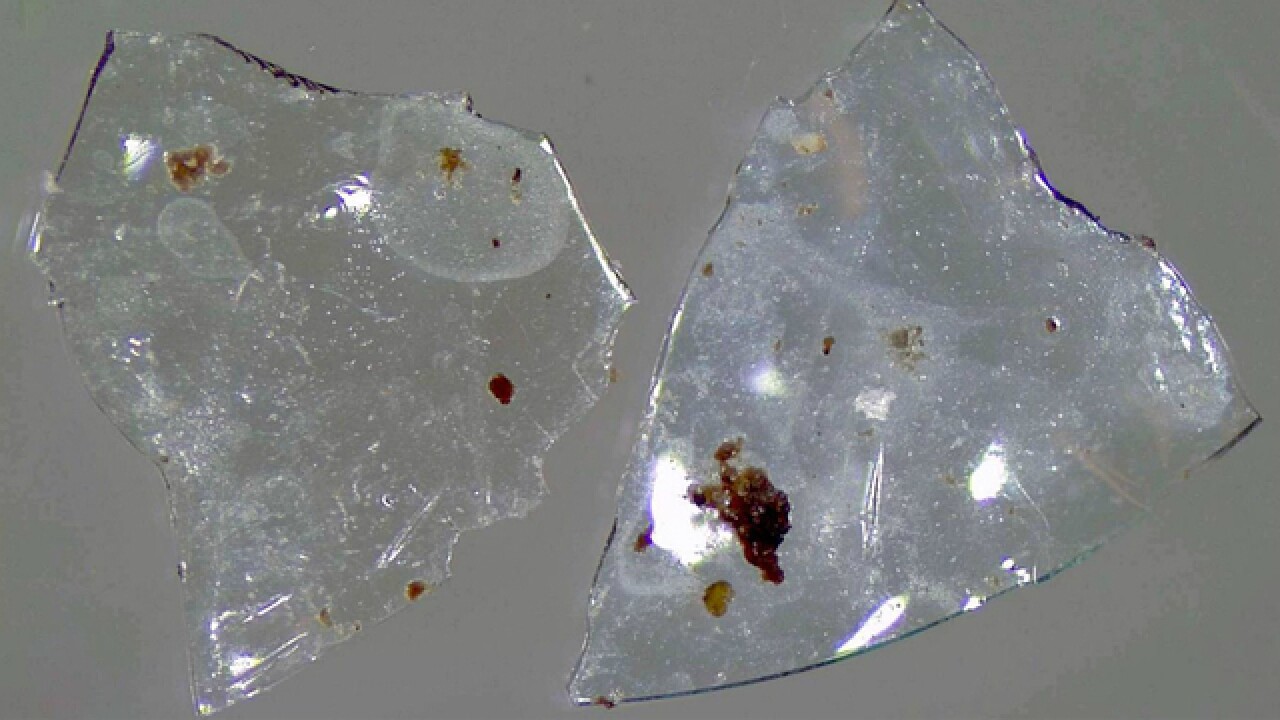 Ever wonder what happens to disposable contact lenses when it's time to actually dispose of them?

Some scientists at Arizona State University asked that question and found that a lot of them are going down the sink or getting flushed down the toilet -- adding to the problem of microplastic pollution.

Microplastics are bits of plastic that have been worn down into tiny pieces that are smaller than 5 millimeters. They can be harmful to wildlife.

The researchers started by conducting an anonymous online survey 400 people who do or don't wear contact lenses.

"What we found out is that about one in five users disposes of the contact lenses by throwing them into the bathroom sink or in the toilet," lead author Rolf Halden, director of the university's Center for Environmental Health Engineering, said Monday at a news conference at a meeting of the American Chemical Society.

The study was presented at the meeting but has not been published or peer-reviewed, which are considered a gold standard in medical and scientific research.

After being flushed, the lenses float through the wastewater system to sewage treatment plants. Halden said the researchers tested 11 brands of contacts and found that they don't degrade during the treatment process but tear into smaller and smaller pieces.

The fragments are heavier than water, so they settle into the treated sewage sludge, which is often spread on land. The lenses can then make their way into rivers, lakes and the ocean through runoff.

"It sounds like a very small problem, because the lenses themselves are tiny, but they come by the billions," Halden said. The study estimated that about 45 million people wear contact lenses in the US alone.

"What we find is that there are billions of lenses ending up in US wastewater every year. They contribute a load of at least 20,000 kilograms per year of contact lenses," Halden said. That's between 6 and 10 metric tons of lenses, according to the study.

Study co-author Charlie Rolsky said contact lenses are different than short-use plastics like straws, plastic bags or styrofoam because they are so important to people who wear them.

"It is a very personal high-value plastic that people sort of take for granted and utilize every day of their lives," Rolsky said.

Halden said people don't think of the lenses as plastic waste because they feel like fluid, almost like water. They even come in tiny packets of saline solution.

But even people who describe themselves as environmentally conscious admitted flushing their lenses, he noted.

This is a good thing when it comes to contact lenses, because, he said, you don't want them to degrade in the user's eye, which could impair vision or become a breeding ground for bacteria.

Contact lenses are a small part of the pollution problem, Rolsky said, but he hopes that the findings encourage people to think more about how to get rid of plastic waste.

"This might have been a different experiment had there been labeling on a lot of these boxes sort of specifying 'maybe dispose of these with solid waste and please avoid having them go down a drain'; maybe it would be a different story," he said.

Contact wearers should throw their lenses in the trash or recycle them, the researchers advise.