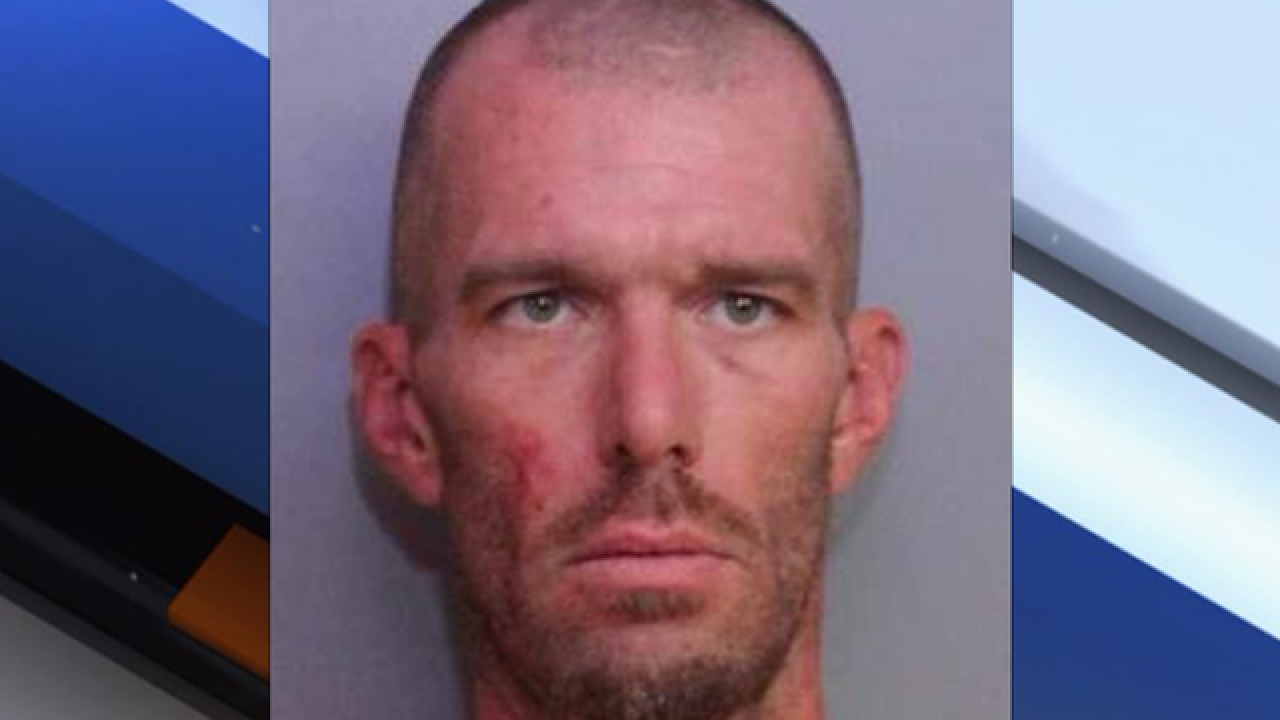 LAKE WALES, Florida — A 38-year-old man was arrested after being accused of shooting and killing another man on Thanksgiving Day in Polk County.

Steven Nicholas Hunt, 38 of Winter Haven, is charged with first-degree murder and possession of a firearm by a convicted felon after fatally shooting Stephen Edward Roberts, 45 of Lake Wales, in his home, according to the Polk County Sheriff's Office.

Deputies said they responded to Roberts' home on Lake Buffum Road in Lake Wales and found him with a gunshot wound to his head after receiving a call, at approximately 2:30 p.m., from a woman who said she had dropped off Hunt at the Circle K gas station located at 7695 Highway 60 East in Bartow after the incident.

According to an arrest affidavit, the woman told deputies she and Roberts initially drove to Hunt's house to take him to Walmart and then went to Roberts' home in Lake Wales afterward. While at Roberts' home, she said she showered, went into another bedroom after seeing the two talking in the master bedroom and then heard what sounded like a gunshot.

Hunt initially told deputies he went to the Circle K with the witness but did not know of what happened at Roberts' home. He then said he 'suddenly remembered' he was with Roberts in his home when he was shot.

In the arrest affidavit, Hunt goes on to say that he was talking with Roberts in his bedroom when tried to hand him a handgun and asked him to 'put him out of his misery.' Hunt said eventually Roberts told him to leave and close the door and as he was walking away he heard a gunshot.

Later, during a clarifying interview, Hunt gave another description of the shooting to deputies. He said Roberts' ask him to shoot him and then showed him how to use the handgun. Hunt told deputies he took the handgun from Roberts, as Roberts laid down and put a pillow over his head, and shot him in the head before putting the handgun next to him on the bed.

Deputies said Hunt told them "he believed he fired another shot at Roberts," after the witness told him he was still breathing and asked him to help him.

"While most people in the county were enjoying a holiday meal with their families and loved ones on Thanksgiving day, a senseless murder was taking place in Lake Wales. Our deputies, detectives, and crime scene investigators worked throughout the day and well into the night on this case. We are grateful that this violent convicted felon was taken into custody swiftly and without further injury to anyone else. Our condolences go out to the victim and his loved ones," said Sheriff Grady Judd.

Hunt's being held on no bond until his first appearance on Saturday, November 24.