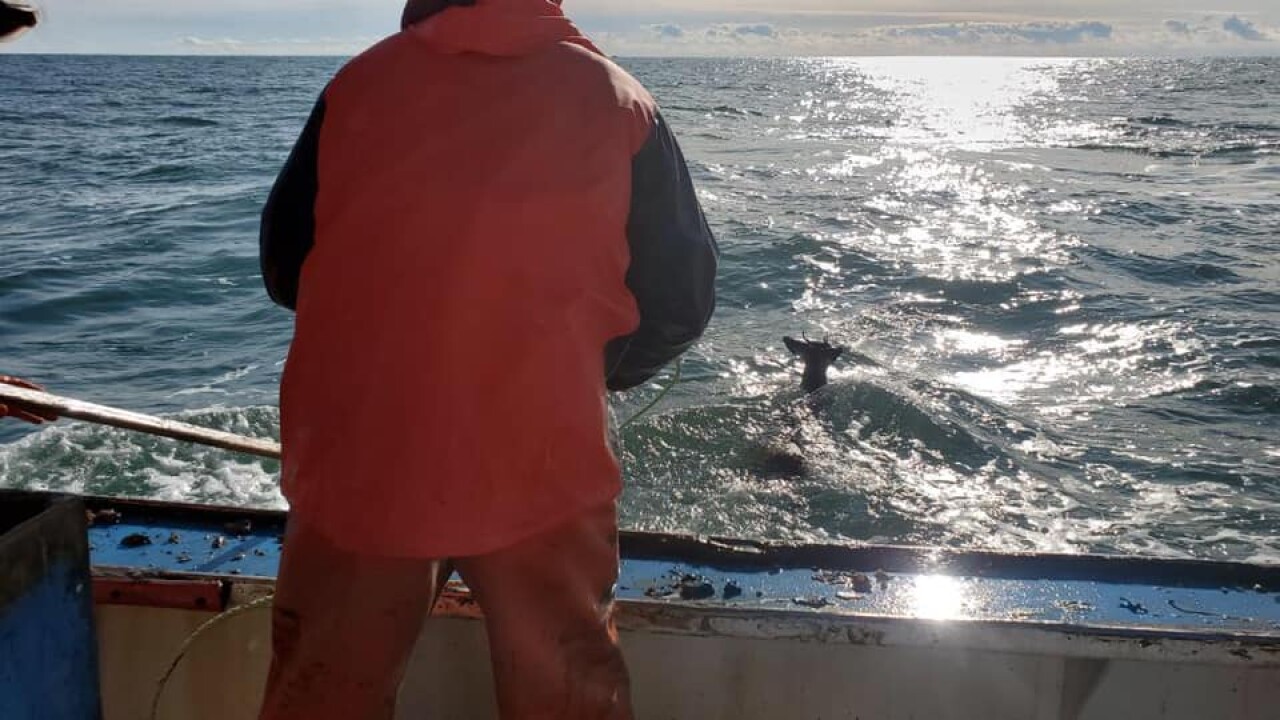 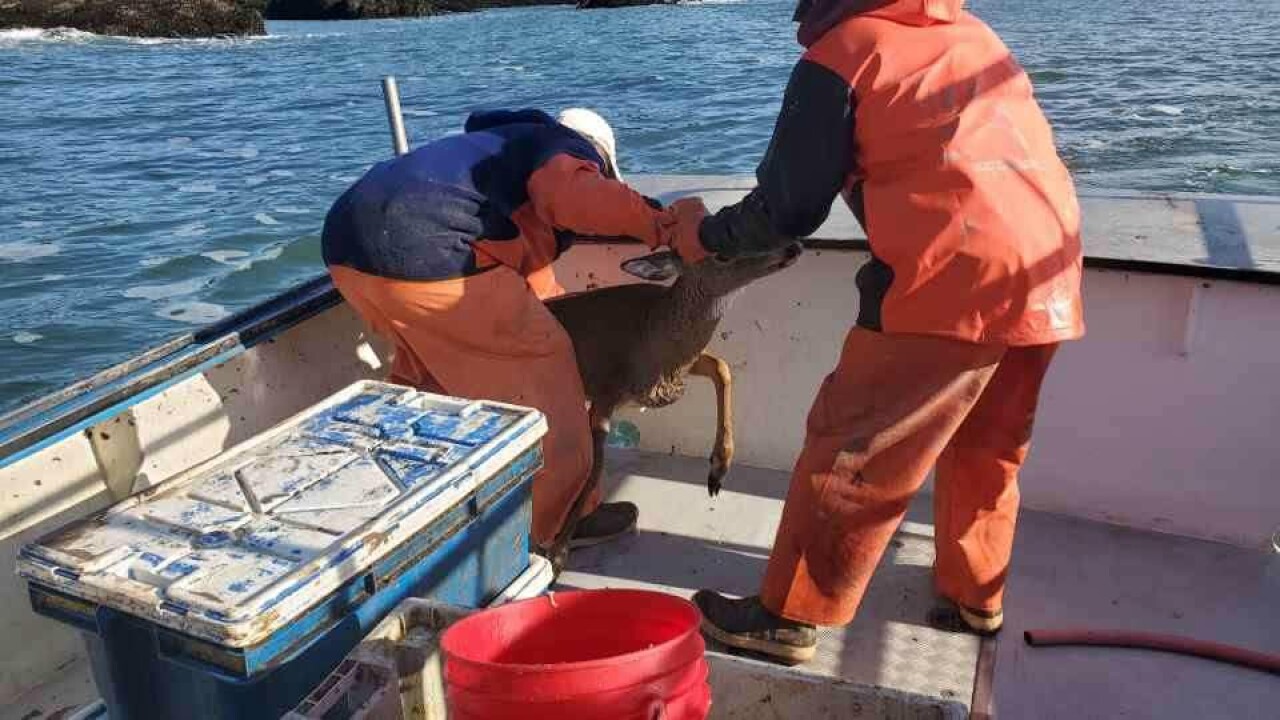 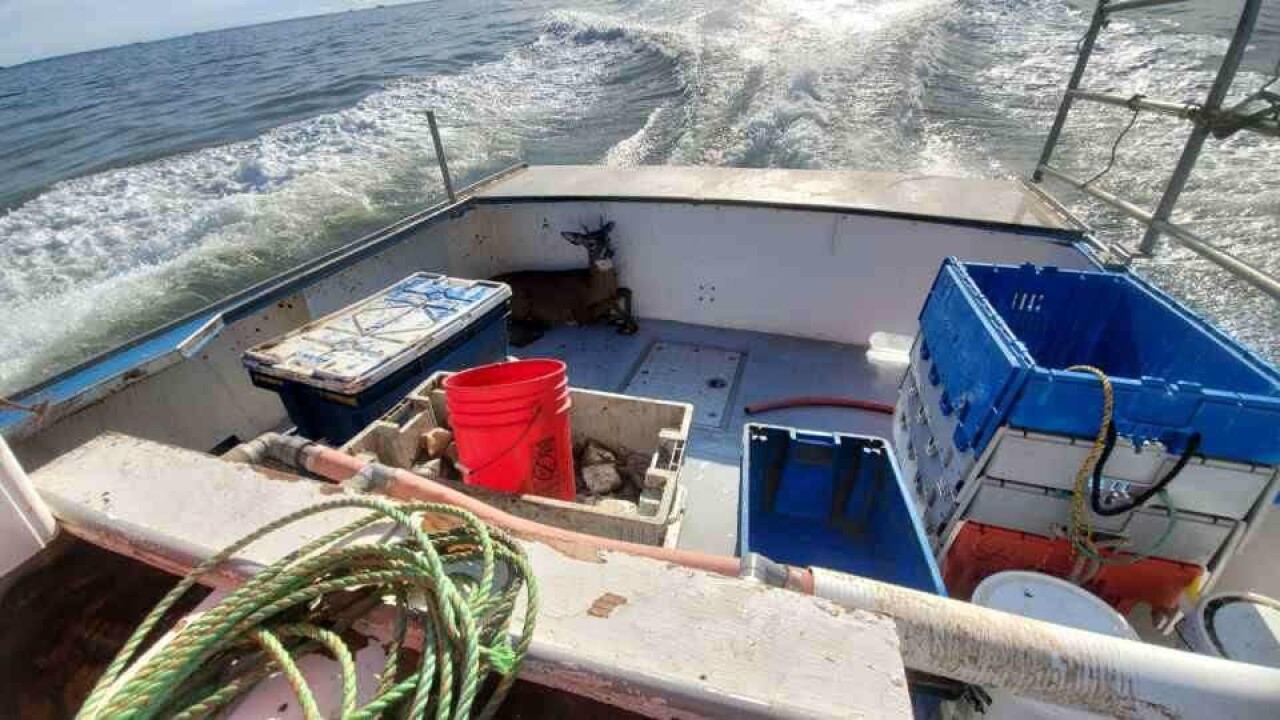 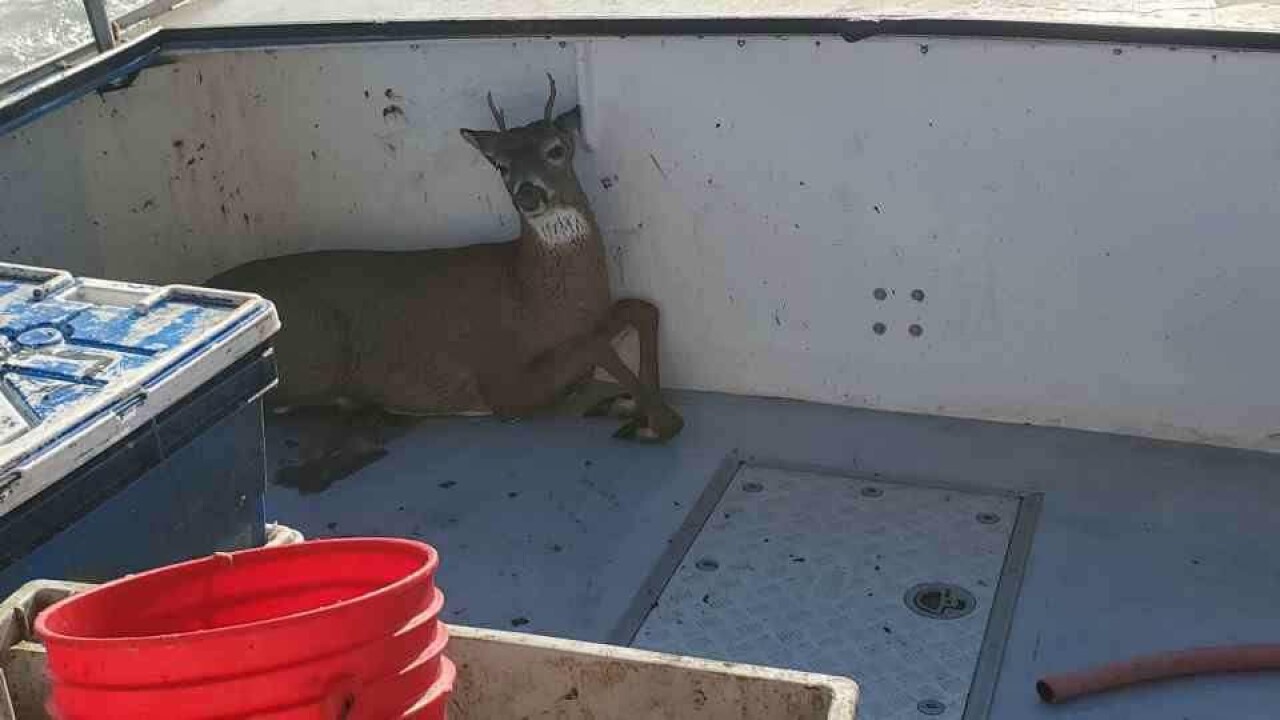 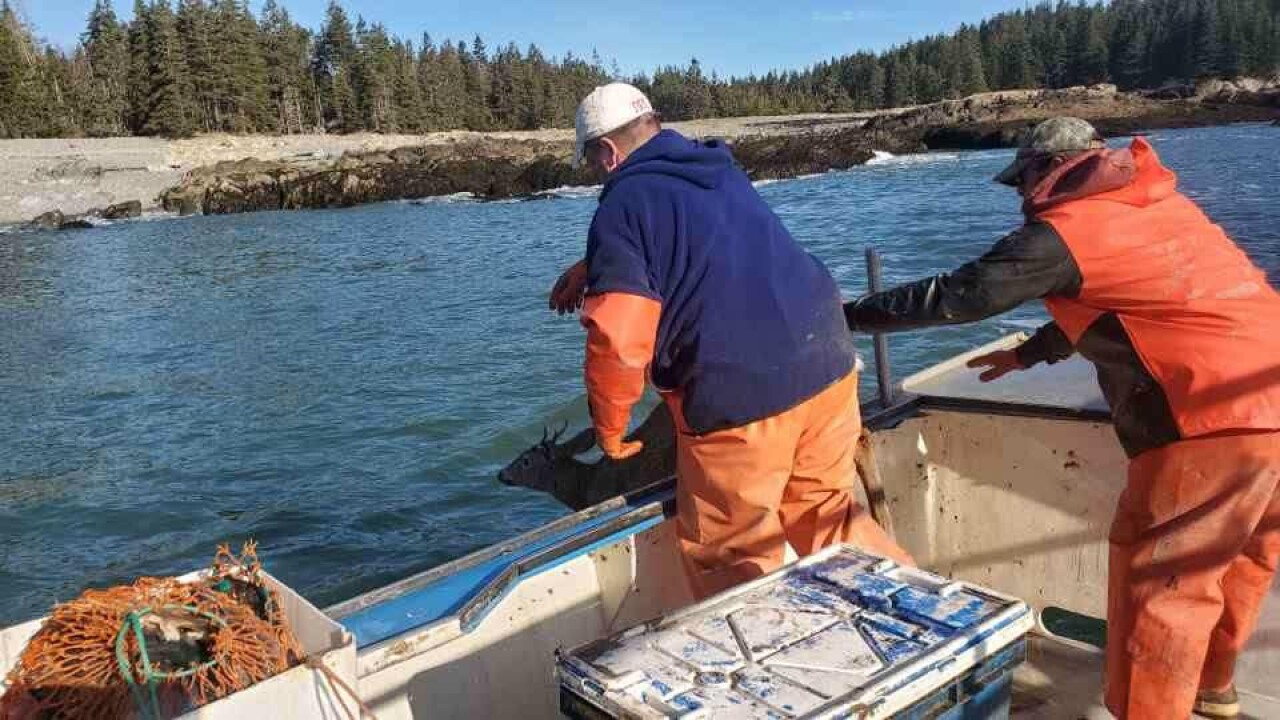 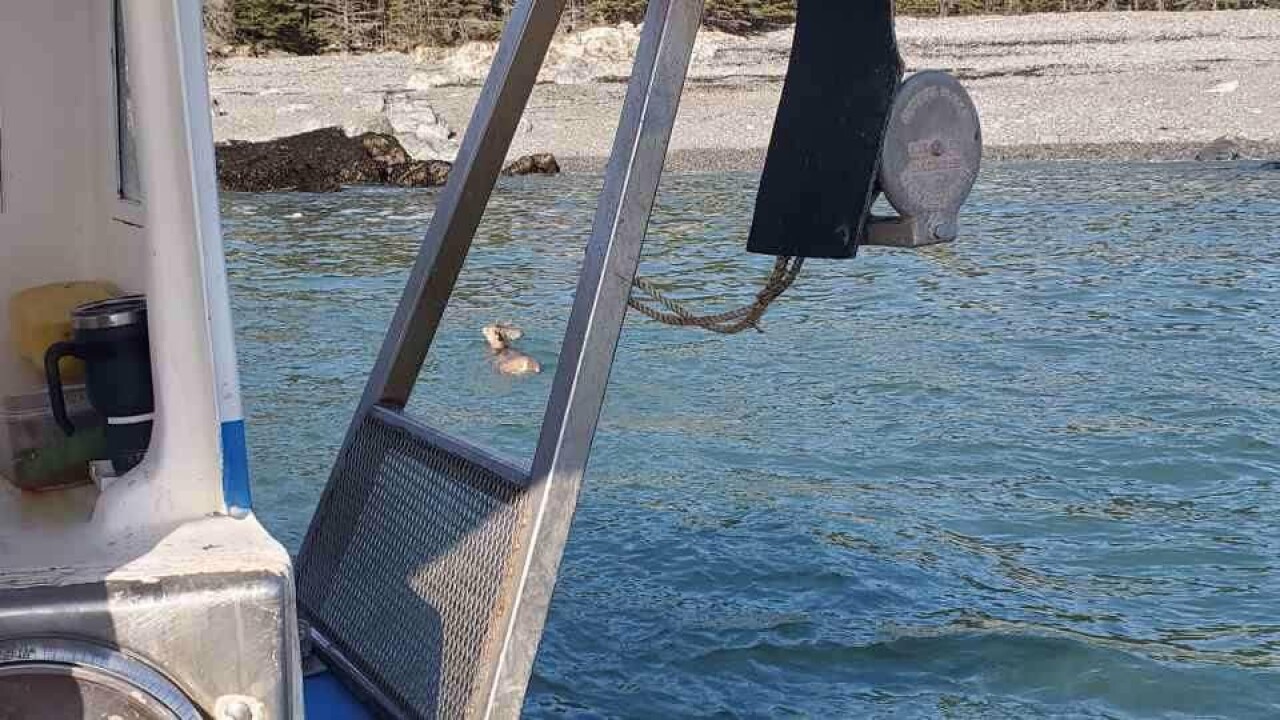 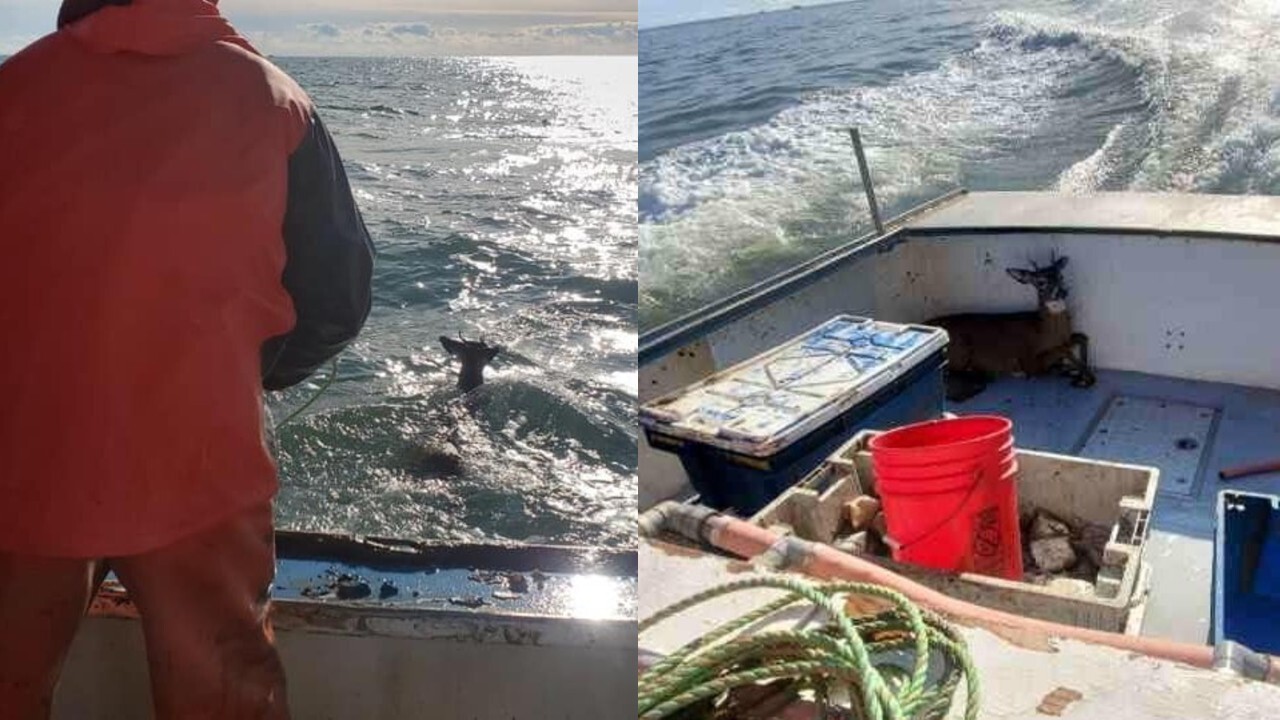 ADDISON, Maine – Fishermen on a lobster boat rescued a deer they spotted in the ocean about five miles off the coast of Addison, Maine.

Captain Ren Dorr says he and his shipmates found the young buck drifting away from land and they “couldn’t let the poor guy suffer and drown.”

One of the men on board, Jared Thaxter, told ABC News that the crew had to circle the deer a few times to get ahold of him. Then, he says “they grabbed him by the spikes and maybe a leg or two and just dragged him in."

Once the deer was safely on the boat, Thaxter says the crew gave the animal some space and it let him rest.

Dorr says they sailed the deer a half an hour back to shore, dropped him off on a beach and then “sailed back out to haul.”

"It was a great feeling once they helped him back into the water, headed in the right direction, and to see him finally touch land," Thaxter told ABC News.

Monday, Dorr posted photos of the incredible rescue on Facebook and they have since gone viral, garnering more than 7,000 reactions and nearly 6,000 shares as of Wednesday.