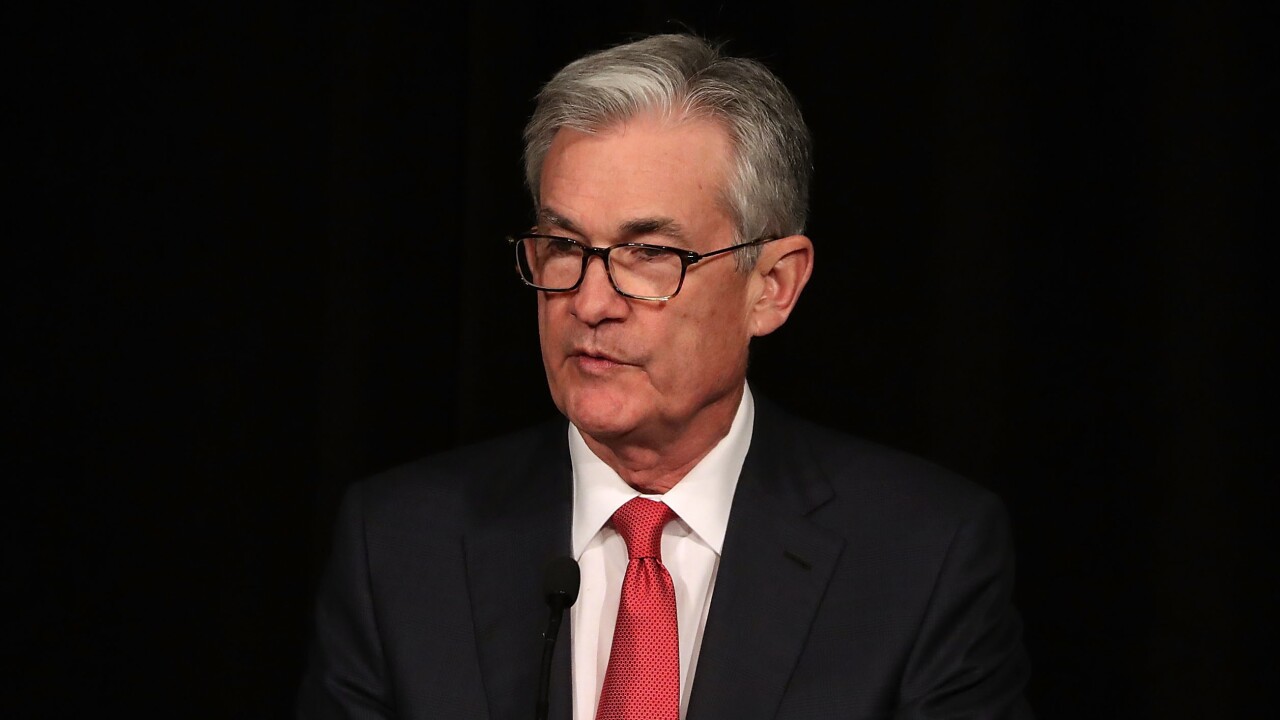 Federal Reserve Chairman Jerome Powell on Wednesday strongly hinted at a potential rate cut later this month, citing unresolved trade tensions and worries over the weakness of the global outlook.

In prepared testimony ahead of his first appearance on Capitol Hill, Powell told House lawmakers that since the Fed's last interest-rate policy-setting meeting in June, two of the major forces that have the potential to drag down the US economy remain a concern.

"It appears that uncertainties around trade tensions and concerns about the strength of the global economy continue to weigh on the US economic outlook," Powell will say at the hearing, according to his prepared remarks.

His testimony before the House Financial Services Committee marks the first of two appearances before Congress this week as President Donald Trump continues his relentless public pressure campaign on the Fed to cut interest rates to juice the US economy. He will appear before the Senate Banking Committee a day later.

"If we had a Fed that would lower interest rates, we would be like a rocket ship," Trump said Friday " We don't have a Fed that knows what it's doing ."

Powell has repeatedly defended the independence of the Fed while under fire by Trump, and he has argued the central bank is insulated from day-to-day political pressure.

He has consistently declined to push back on the President's criticism over the Fed's interest rate policy when asked.

"I don't discuss elected officials publicly or privately, really," said Powell in June during a news conference. Adding, the Fed prizes its independence, saying it has "served the country well."

In his 18-month tenure, he's also earned a reputation for being an unusually accessible Fed chairman holding more than a 100 meetings with individual lawmakers, taking phone calls and attending the occasional dinners as a defensive measure against the President's attacks.

His transparency has meant the market is cleaving to Powell's every word . Investors are constantly looking for signals about whether the Fed will raise, hold or lower rates.

Powell, the president's choice to run the world's most influential central bank, is facing considerable pressure to keep the US economy steady. Concerns are intensifying that Trump's tariff strategy may end up hurting global growth.

Beyond a broader global slowdown, the Fed chair also named in his testimony a number of other risks facing the US economy including muted inflation, ongoing trade tensions and a looming debt ceiling crisis that has yet to be resolved by Congress.

"We are carefully monitoring these developments," said Powell, who noted that the Fed now anticipates that "weak inflation will be even more persistent that we currently anticipate."

Investors have been anticipating that the Fed would move ahead with a cut later this month after preaching for months it would stick to a patient approach. In June, the Fed held rates steady but raised the prospect for two potential rates cuts this year, as policy makers continue to weigh the right time to act amid concerns over Trump's trade policies.

They have also been eager for an additional signal from the chairman on the Fed's plan following a rosy jobs report last week that showed the economy added 224,000 jobs , a sharp rebound from a dip in May.

"We'll know more if the chairman is going to send a signal on Wednesday," said David Wessel, director of the Hutchins Center on Fiscal and Monetary Policy at the Brookings Institution, on the chances of a rate cut diminishing. "If you're not going to do that, you have to tell it now."