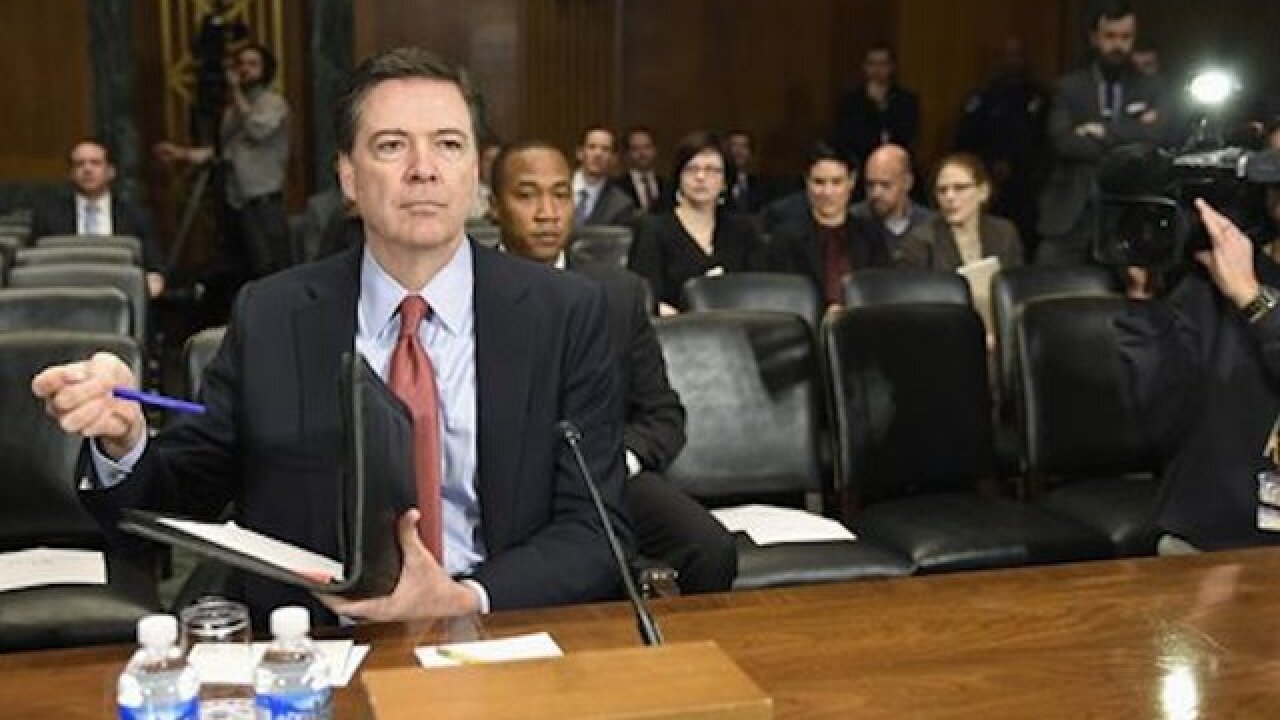 WASHINGTON (AP) — The two San Bernardino shooters were radicalized at least two years ago — a year before one of them came to the U.S. on a fiancée visa — and discussed jihad and martyrdom as early as 2013, FBI Director James Comey said Wednesday.

Comey told the Senate Judiciary Committee investigators believe that Syed Rizwan Farook and his wife, Tashfeen Malik, were radicalized even before they began their online relationship and that Malik held extremist views before she arrived in the U.S. last year.

The comments suggest that the government's vetting process apparently failed to detect Malik's radicalization when she applied for the visa. Comey said he didn't know enough to say whether weaknesses in the visa process enabled her to enter the U.S.

The couple, who lived quietly in a two-bedroom townhouse with their 6-month-old daughter and Farook's mother, killed 14 people and wounded 21 last Wednesday before dying in a shootout with police in San Bernardino, California, about four hours later.

Malik came to the United States in July 2014 from Pakistan after being approved for a K-1, or fiancée visa. Homeland Security Secretary Jeh Johnson has said the Obama administration is now reviewing the program. He did not say what changes were being considered.

Malik married Farook the following month. Farook was born in Chicago in 1987 and raised in southern California.

FBI officials had previously said that the couple had been radicalized for "quite some time," but the disclosure Wednesday was the most specific yet about the timeline of their relationship and progression toward extremism.

Comey said the two "as early as the end of 2013 were talking to each other about jihad and martyrdom before they became engaged and married and were living in the U.S." He said the couple was clearly inspired by a foreign terror organization, but that investigators did not yet know whether their online courtship was arranged by such a group or developed naturally on its own.

"It would be a very, very important thing to know," he said.

The FBI director described the couple as an example of homegrown violent extremists who appear to have radicalized "in place," drawing a distinction between the San Bernardino attack and the one last month in Paris that officials suspect involved planning and training in Syria.

While evidence shows that the couple was "at least in part inspired" by the Islamic State, Comey said officials had not ruled out other sources of inspiration in part because the radicalization process took place before the terror group had become the global presence that it is today.

"We're trying to sort out what other contributions there may have been to their motivation. At least in part, we see an ISIL inspiration," Comey said, using an acronym from the terror group.

He also declined to say what role, if any, encrypted communications played in last week's massacre.

Comey said he remained concerned that criminals, terrorists and spies were using technology to evade detection. "Increasingly, we are unable to see what they say, which gives them a tremendous advantage," he said.

For example, Comey said one of the gunmen in last May's shooting outside a Prophet Mohammed cartoon contest in Garland, Texas had exchanged more than 100 messages with an overseas suspected terrorist prior to the attack that investigators still had been unable to access.

"We have no idea what he said because those messages were encrypted," Comey said. "And to this day, I can't tell you what he said with that terrorist 109 times the morning of that attack. That is a big problem. We have to grapple with it."

The FBI has revealed little else of what it's learned about Farook and Malik and their planning, except for details about the weaponry they had, materials they had to make more pipe bombs and that both had been taking target practice. A U.S. official said Tuesday authorities are looking into a deposit made to Farook's bank account before the shooting. The official, who had been briefed on the investigation but was not authorized to discuss it by name and spoke on condition of anonymity, would not further characterize the nature of the deposit or what was suspicious about it.

America's counterterrorism infrastructure has had success flagging individuals who try to travel abroad to fight alongside militants, fund operations overseas or who communicate online with overseas terrorists. But it's been far more challenging for law enforcement to identify each individual who self-radicalizes online.