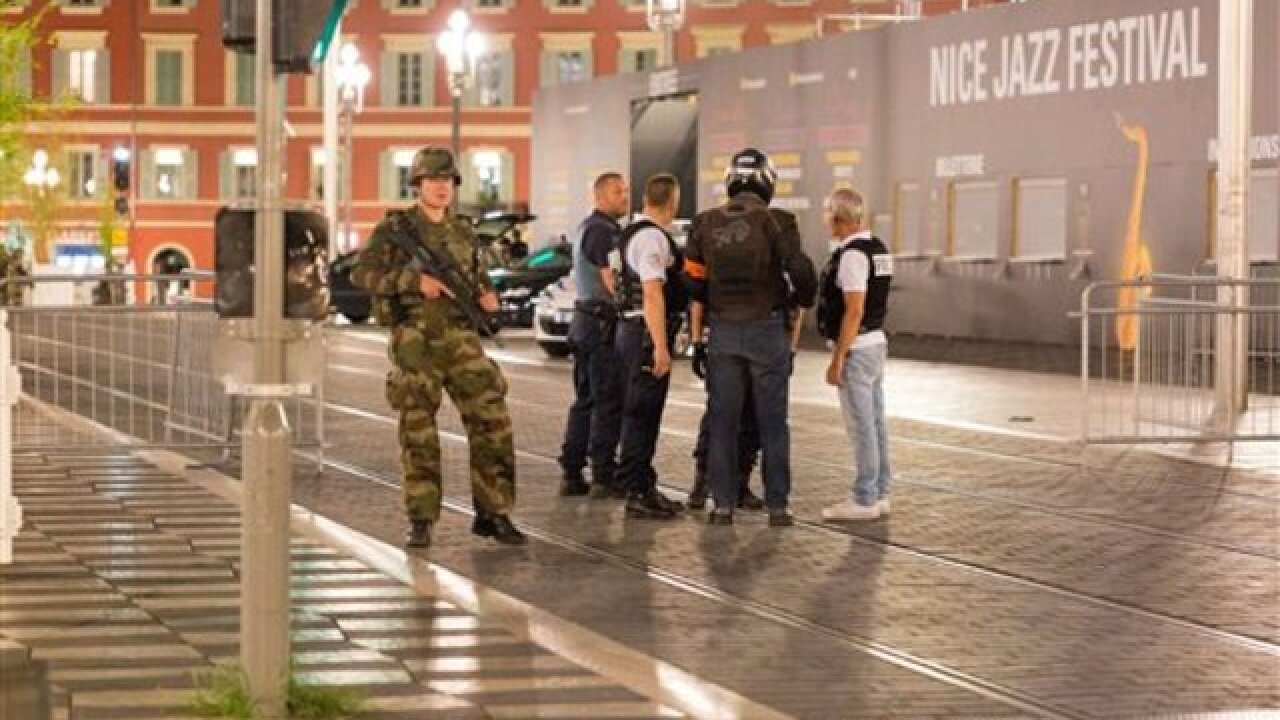 Ciaran Fahey
Police officers and a soldier stand by the sealed off area of an attack after a truck drove on to the sidewalk and plowed through a crowd of revelers who'd gathered to watch the fireworks in the French resort city of Nice, southern France, Friday, July 15, 2016. A spokesman for France's Interior Ministry says there are likely to be "several dozen dead" after a truck drove into a crowd of revelers celebrating Bastille Day in the French city of Nice. (AP Photo/Ciaran Fahey)

AUSTIN, Texas (AP) — Relatives say a father and son from the Austin area are among the victims of the deadly truck attack in Nice.

Davis released a statement Friday on behalf of the Copeland family, saying they are "heartbroken and in shock."

Davis says the Copelands, from Lakeway, were on a European vacation that began in Spain. They were celebrating Bastille Day in Nice.

The statement says Sean Copeland is "a wonderful husband and father" and Brodie is "an amazing son and brother who lit up our lives."