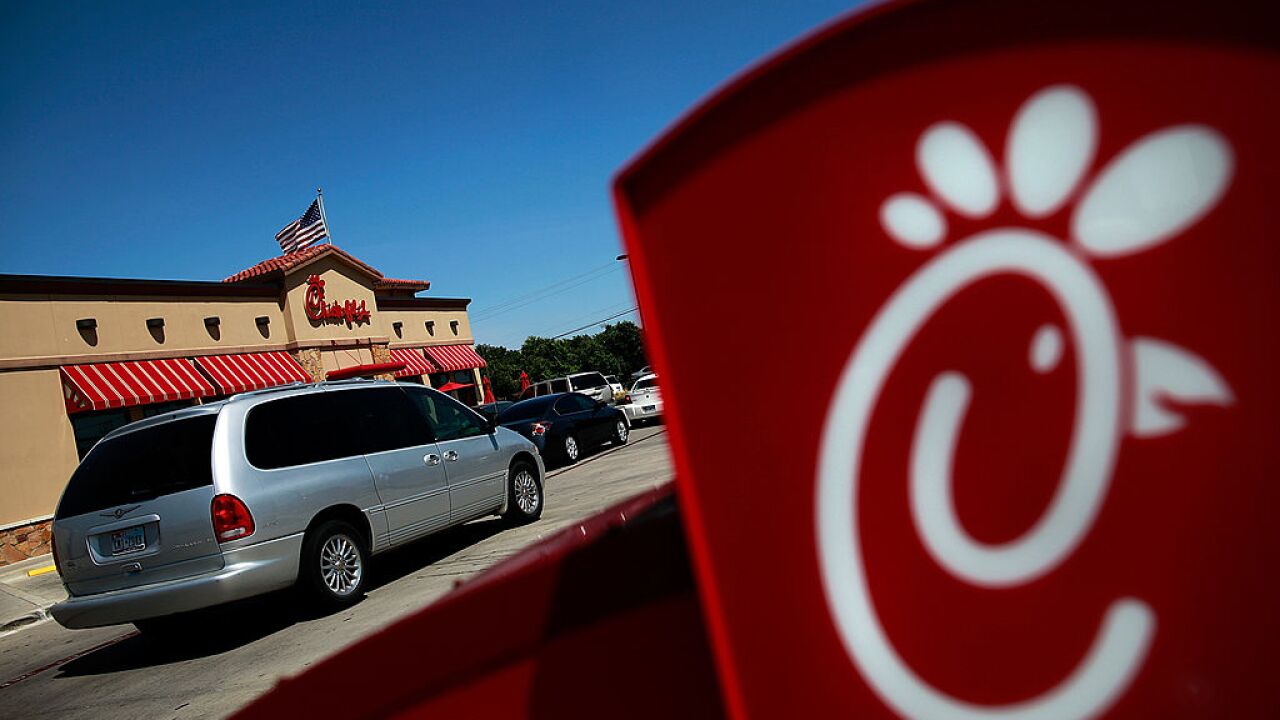 The Federal Aviation Administration is investigating religious discrimination claims against two airports because plans for Chick-fil-A restaurants were scrapped after complaints about the fast food chain's stance on LGBTQ issues.

"The Department of Transportation has received complaints alleging discrimination by two airport operators against a private company due to the expression of the owner's religious beliefs," an FAA statement said.

"FAA's Office of Civil Rights has notified the San Antonio International Airport (SAT) and Buffalo Niagara International Airport (BUF) that it has opened investigations into these complaints. The FAA notes that Federal requirements prohibit airport operators from excluding persons on the basis of religious creed from participating in airport activities that receive or benefit from FAA grant funding."

CNN has reached out to officials at both airports for comment.

Chick-fil-A said in a statement released to CNN that the company is not involved in the investigation. "We are a restaurant company ... and we have no social or political stance," the company said. "We welcome and embrace all people, regardless of religion, race, gender, ethnicity, sexual orientation or gender identity."

In March, the San Antonio city council approved a new concessions contract for the airport -- on the condition that Chick-fil-A be excluded. One city council member said that action was needed because of the company's "legacy of anti-LGBTQ behavior."

Backlash on the state level was quick.

Texas Attorney General Ken Paxton said his office would investigate whether the city violated Chick-fil-A's religious liberty. On Tuesday, the Texas House passed a "Save Chick-fil-A bill," which supporters say provides religious protections, but Democrats and critics argue would allow discrimination against the state's LGBTQ community.

The San Antonio Express News reported Friday that City Attorney Andy Segovia said his office received the FAA notice but his office would need time to review it before commenting.

In New York state, Assemblyman Sean Ryan had complained that the Niagara Frontier Transportation Authority had discussed bringing a Chick-fil-A to the airport.

Ryan said last month that plans to open a Chick-fil-A were scrapped by Delaware North, the private firm that operates the airport's restaurants, not the airport authority, according to CNN affiliate WIVB.

"(Delaware North) was very quick to realize that this is a potential problem, having a company like this in a state-run facility," Ryan said.

Kevin Kelly, a Delaware North official, said plans for a Chick-fil-A at the airport were never a done deal and that the company had not gotten enough community input, CNN affiliate WKBW reported in April. "This was purely a business decision," he said.

Chick-fil-A has come under fire from supporters of same-sex marriage in recent years after its president, Dan Cathy, said the company supported "the biblical definition of the family unit."

ThinkProgress, a left-leaning website , reported last week that Chick-fil-A donated $1.8 million in 2017 to groups with a discriminatory record against the LGBTQ community.

The company responded, saying in a statement that "to suggest that our efforts in supporting these organizations was focused on suppressing a group of people is misleading and inaccurate."