Scalia suffered from many health problems 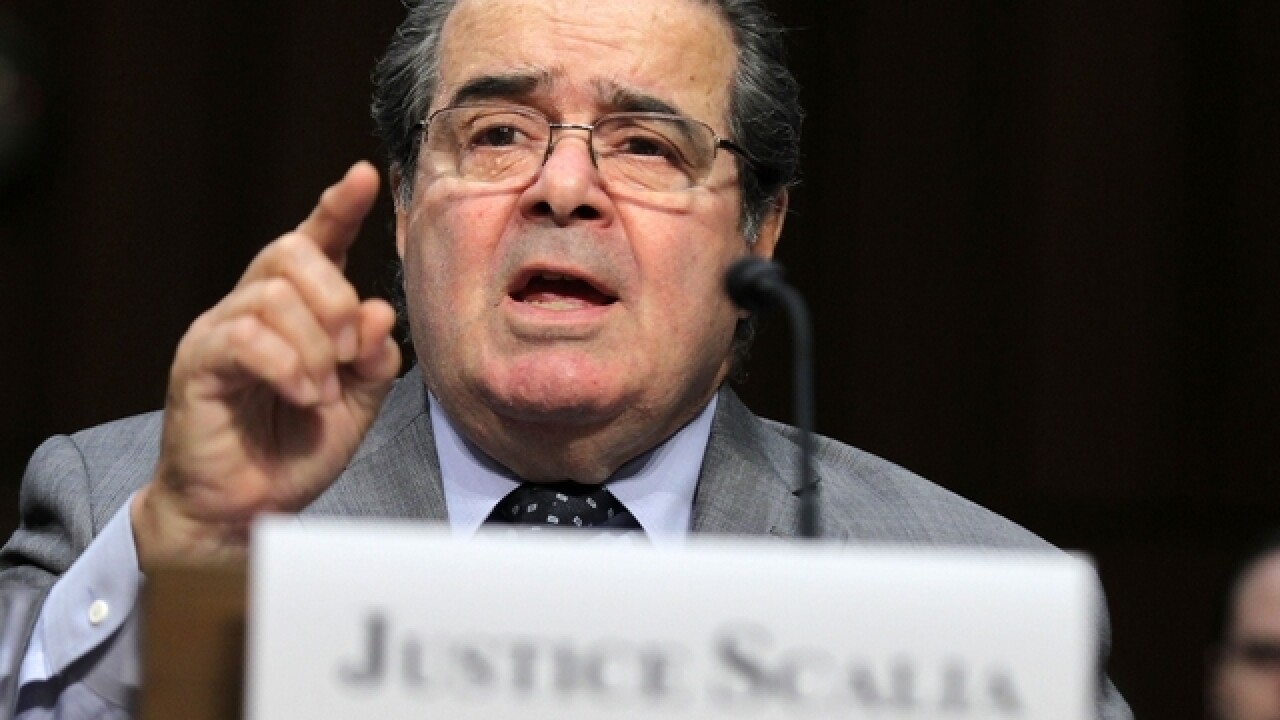 DALLAS (AP) — Antonin Scalia suffered from coronary artery disease, obesity and diabetes, among other ailments that probably contributed to the justice's sudden death, according to a letter from the Supreme Court's doctor.

Presidio County District Attorney Rod Ponton cited the letter Tuesday when he told The Associated Press there was nothing suspicious about the Feb. 13 death of the 79-year-old jurist. He said the long list of health problems made an autopsy unnecessary.

Ponton had a copy of a letter from Rear Adm. Brian P. Monahan, the attending physician for members of Congress and the Supreme Court. The letter was to Presidio County Judge Cinderela Guevara, who conducted a death inquiry by phone and certified Scalia's death.

Ponton declined to provide a copy of the letter, saying an open-records request must be made to Guevara, who did not respond to a phone message Tuesday.

The AP filed a records request with the judge last week, but she did not provide the letter or respond to a reporter's phone message Tuesday. The Texas Department of State Health Services has declined to release a copy of the death certificate.

Scalia was found dead in his bed at the Cibolo Creek Ranch, not far from the Mexico border, where he had gone on a hunting trip.

Guevara, who as county judge is the top administrator in the area, previously said she conferred by phone with Presidio County Sheriff Danny Dominguez and a U.S. marshal before certifying the death. On the day Scalia died, she also conferred with Monahan by phone before determining the cause of death.

Scalia's death "was handled in a similar fashion as the cases of other elderly people who have died in Presidio County," Ponton said.

In rural Texas, justices of the peace investigate deaths, among other duties, but the two justices in the region were out of town and unavailable. Guevara was also out of town, more than 60 miles away, but agreed to conduct the death inquiry by phone.

The Supreme Court does not provide regular reports about the justices' health. It is left to each court member to decide how much to make public about medical conditions.

Some justices, including Ruth Bader Ginsburg, have released detailed reports of hospital stays and surgeries. The Supreme Court's press office could find just one release in 29 years pertaining to Scalia's health, a report of surgery in 2003 to repair a torn rotator cuff in his right shoulder.