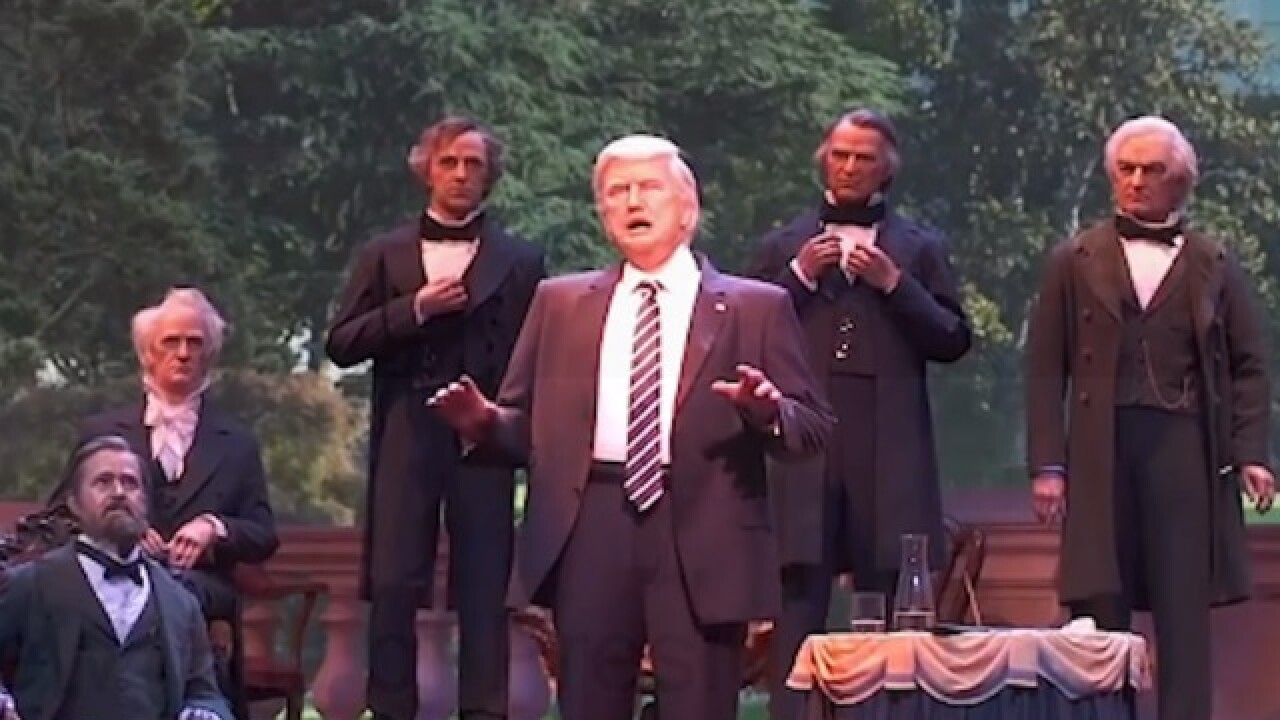 Copyright 2017 Scripps Media, Inc. All rights reserved. This material may not be published, broadcast, rewritten, or redistributed.
<p>A robot in the likeness of President Trump made its debut at Disney World's Hall of Presidents this week. (AOL)</p>

The Hall of Presidents at the Magic Kingdom Park at Disney World in Florida is set to reopen Tuesday -- featuring a new robot President Donald Trump.

Trump's robot is introduced by a George Washington robot, and he has a speaking role. The President recorded his remarks for The Hall of Presidents, just as every sitting president has done for the attraction since the early 1990s, according to the Disney blog.

A video posted online shows the Trump robot saying, "From the beginning, America has been a nation defined by its people. At our founding, it was the American people who rose up to defend our freedoms and win our Independence."

The robot continues: "Above all, to be American is to be an optimist. To believe that we can always do better, and that the best days of our great nation are still ahead of us."

The show was originally set to open in late June ahead of the Fourth of the July holiday, but a blog post from Disney revealed that Trump had not yet done his recording at the time.

"We have been working closely with the current White House — just as we have with previous administrations — and the President's recording session has been scheduled," the blog post said. "Despite some media reports to the contrary, President Trump will have a speaking role."

The show has robotic figures of several past presidents, including Abraham Lincoln, Barack Obama and Bill Clinton. To make the robot as close to true-life as possible, Disney asked that the White House provide Trump's exact measurements.