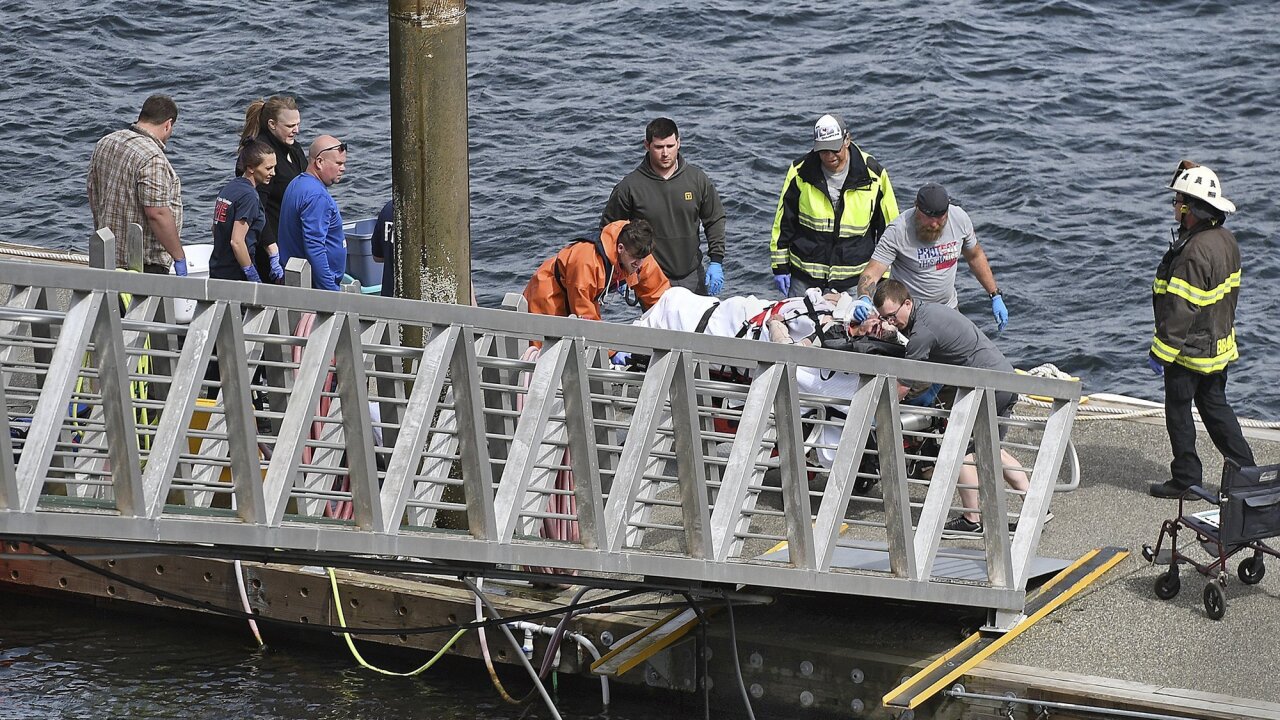 The Coast Guard, which is leading the investigation, said 10 people were rescued following the collision between a Beaver floatplane and an Otter floatplane.

The Coast Guard had initially announced the death of four people on Monday, as authorities searched for two others who were missing.

The bodies of the missing individuals were located Tuesday night, raising the death toll to six, the Coast Guard said.

Floatplanes are aircrafts with pontoons or floats that allow them to land on water.

The passengers on both planes were guests on a Princess Cruises ship -- the Royal Princess -- which is on a seven-day trip. There were 14 Americans, one Canadian and one Australian on board the two planes, according to the Coast Guard.

The Royal Princess' voyage originated in Vancouver, British Columbia, over the weekend and is scheduled to end Saturday in Anchorage, Alaska, the company said. Part of the voyage, the company's website said, included "scenic glacier viewing" with stops at Juneau, Ketchikan and Skagway.

The passengers on each plane

The two planes collided around 1 p.m. (5 p.m. ET). The Otter plane, operated by Taquan Air, a regional airline based in Ketchikan, was flying a shore excursion with 10 passengers and a pilot aboard. One of those passengers died, Princess Cruises said.

Ten people from the aircraft were transported to the hospital. As of Tuesday night, three had been discharged. A 67-year-old man remains in serious condition, but is improving, a hospital spokeswoman said.

The second plane was carrying four passengers and a pilot on an independent tour, the cruise line said. It was operated by Mountain Air Service, NTSB board member Jennifer Homendy said. Everyone aboard that plane was killed, according to the Coast Guard.

The search for the two missing people

The Coast Guard, Ketchikan Volunteer Rescue Squad, partner agencies and good Samaritans searched the shoreline and forested areas near the crash site for 27 hours, according to the Coast Guard.

"We have been in regular contact with the family members throughout our search efforts," said Capt. Stephen White, Sector Juneau commander. "This is not the outcome we hoped for and extend our deepest sympathies during this very difficult time."

Taquan Air released a statement saying it was "in the midst of an active crisis response, and our focus is on assisting these passengers, the pilot, our staff, their families and loved ones, and first responders."

"Taquan Air has suspended all scheduled flights and is cooperating fully with the National Transportation Safety Board (NTSB), the Federal Aviation Administration (FAA) and other authorities to examine every aspect of this event," the company's statement said.

No flight data recorders on either aircraft

A 14-member NTSB team of investigators will try to determine what caused the crash, Homendy said during a news conference Tuesday.

Eleven of them were on the scene Tuesday night with the other three on the way.

Investigators will want to talk with surviving passengers, the pilot of the Taquan airplane, other employees of the air operators as well as other pilots and witnesses that were in the area at the time, Homendy said.

They will also be requesting information from parties involved and looking at pilot log books, the training and qualifications of the pilots, any possible medical issues, whether flight plans were filed with the companies or FAA, maintenance records for the aircrafts as well as each company's operating procedures and whether those procedures were followed, she said.

There were no cockpit voice recorders or flight data recorders on either of the two planes, Homendy also said during the news conference. Neither plane was required by regulation to have such recorders, she said.

The two planes collided between 3,200 and 3,300 feet on the west side of George Inlet, according to Homendy.

The wreckage is expected to be recovered Wednesday, Homendy said, and an NTSB structural expert will try to figure out how the two planes came together.