Utah police are warning drivers to slow down during inclement weather after dashcam footage shows a truck slamming into a police cruiser during a rainstorm. 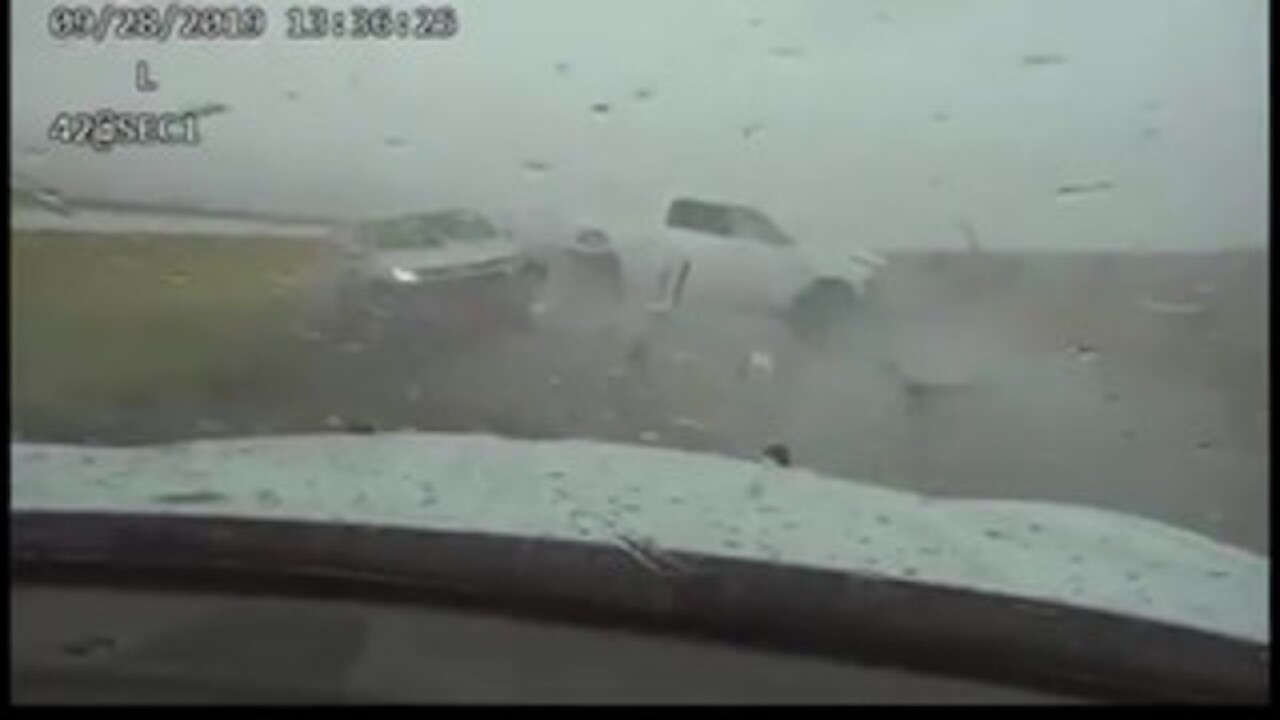 Utah police are warning drivers to slow down during inclement weather after dashcam footage shows a truck slamming into a police cruiser during a rainstorm.

According to a Facebook post by the Utah Highway Patrol, Sgt. Brian Nelson was working on Interstate 15 north of Salt Lake City on Saturday. It was raining in the area, and Nelson had just been called to attend to his third car crash of the day.

According to the highway patrol, Nelson told the driver of the crashed car to remain in his vehicle in case another driver lost control. About 15 minutes later, that advice proved to be life-saving.

Nelson was taken to the hospital with severe neck pain and eventually released after doctors found no broken bones.

"Please, when you see emergency lights, slow down, over, and remember there is someone out there trying to keep you safe," Utah Highway Patrol Colonel Michael Rapich said.