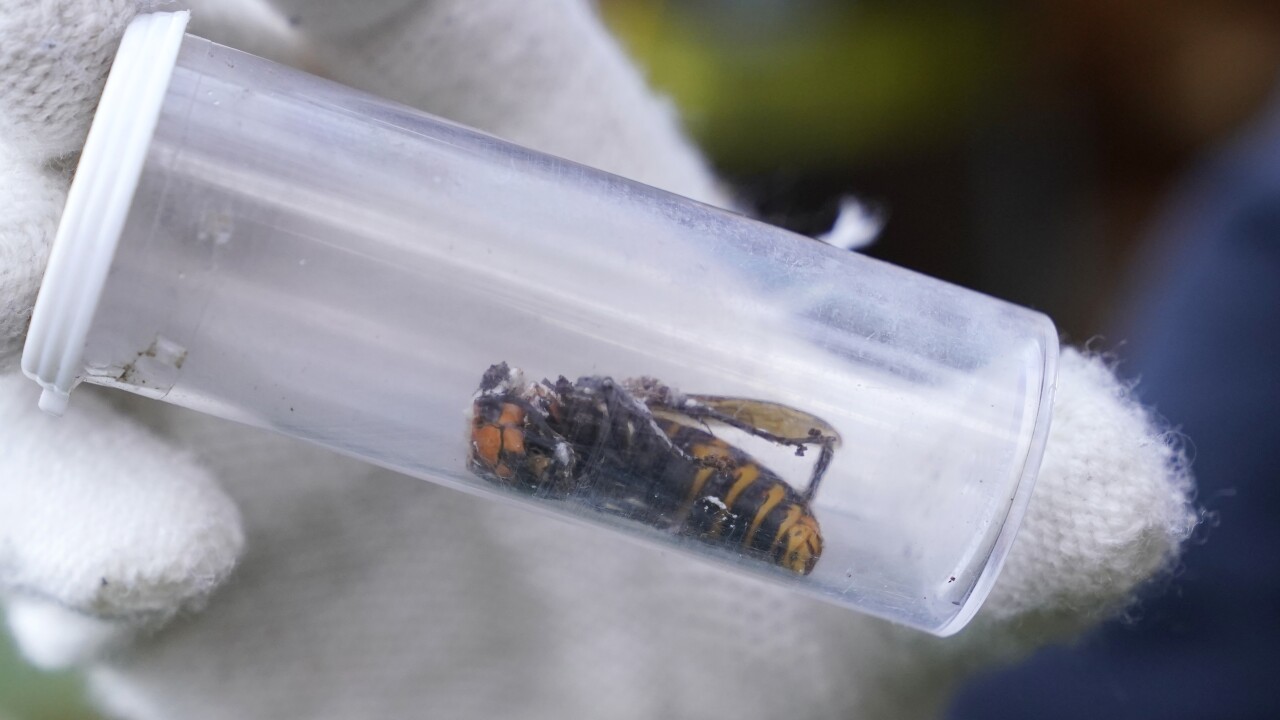 Elaine Thompson/AP
A Washington State Department of Agriculture worker displays an Asian giant hornet taken from a nest Saturday, Oct. 24, 2020, in Blaine, Wash. Scientists in Washington state discovered the first nest earlier in the week of so-called murder hornets in the United States and worked to wipe it out Saturday to protect native honeybees, officials said. (AP Photo/Elaine Thompson) 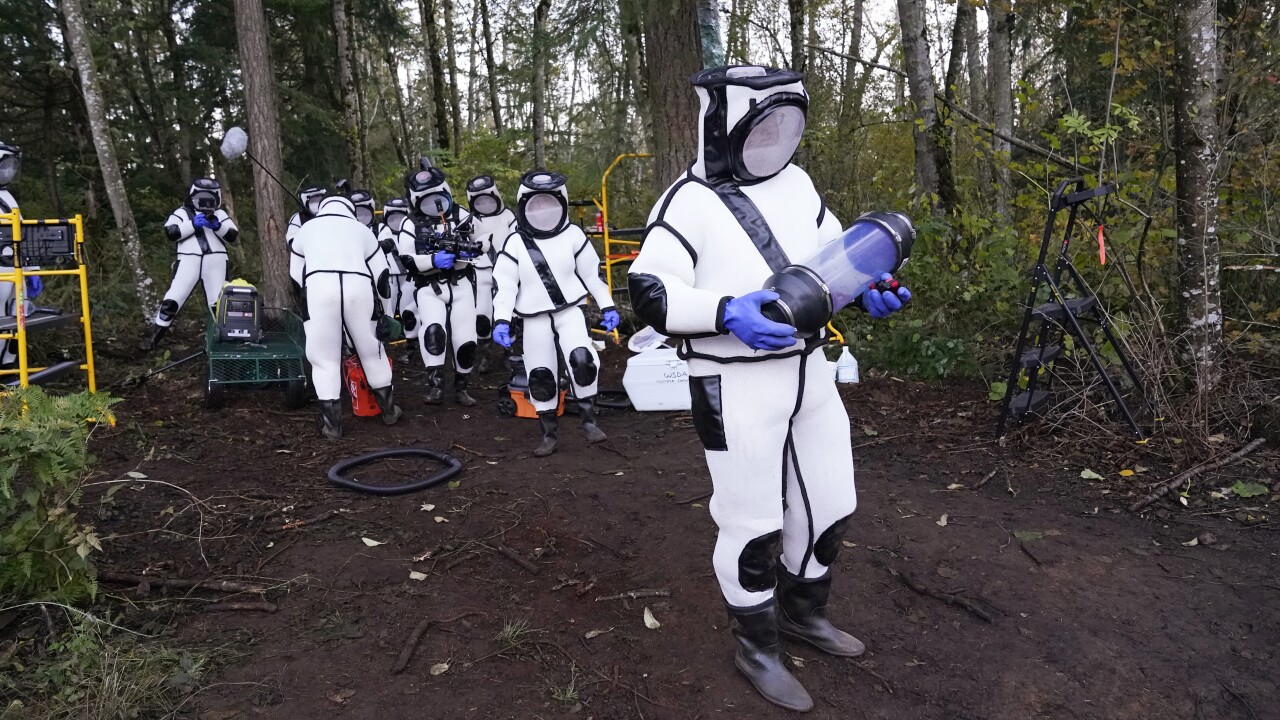 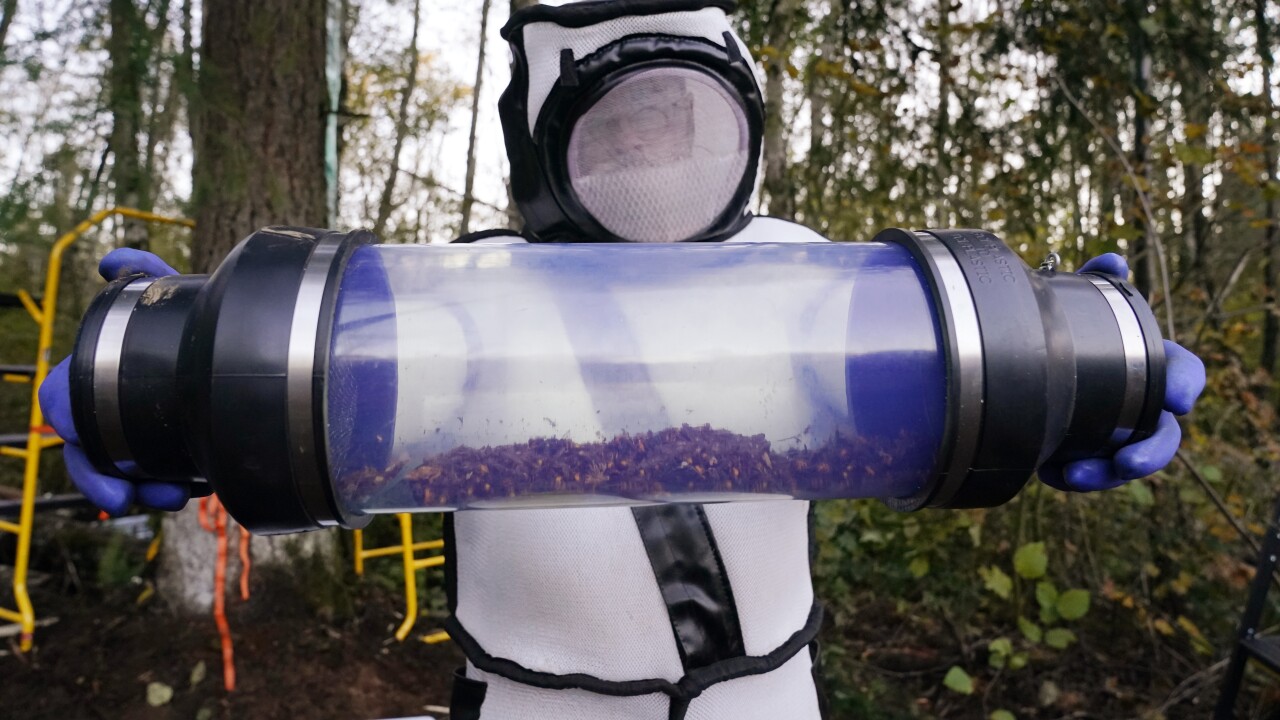 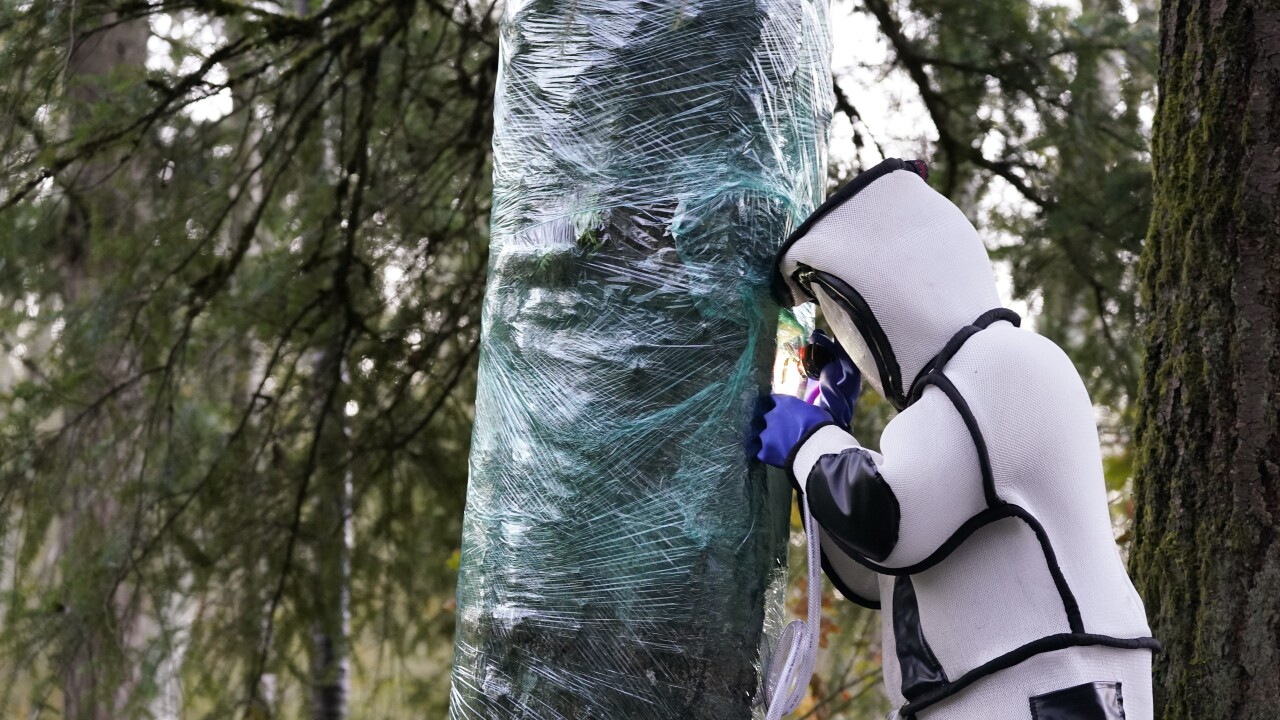 Workers with the state Agriculture Department had spent weeks searching, trapping and using dental floss to tie tracking devices to Asian giant hornets, which can deliver painful stings to people and spit venom but are the biggest threat to honeybees that farmers depend on to pollinate crops.

Crews wearing thick protective suits vacuumed the invasive insects from the cavity of a tree into large canisters Saturday.

The nest found near the Canadian border is about the size of a basketball and contained an estimated 100 to 200 hornets.