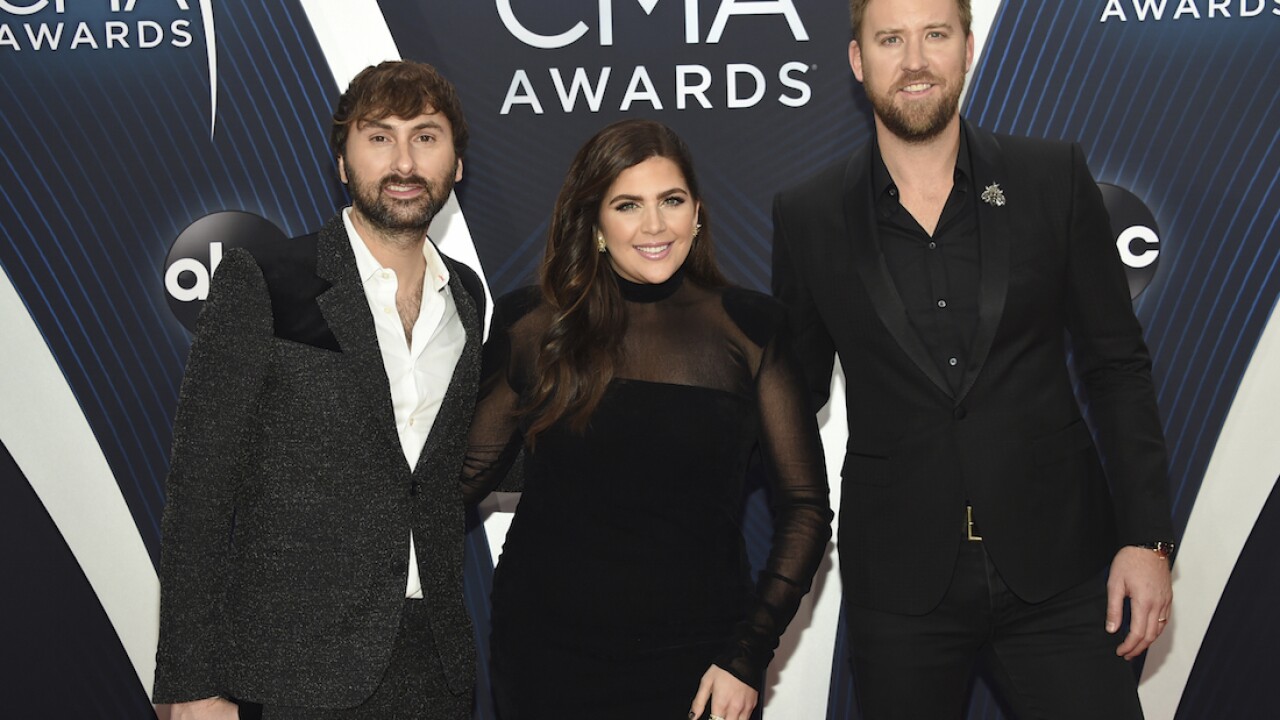 Invision
Evan Agostini/Evan Agostini/Invision/AP
FILE - In this Nov. 14, 2018 file photo, Dave Haywood, from left, Hillary Scott and Charles Kelley, of Lady A, formerly Lady Antebellum, arrive at the 52nd annual CMA Awards in Nashville, Tenn. The Grammy-winning country group, which dropped the word "Antebellum" from their name because of the word's ties to slavery, has filed a lawsuit against a Black singer who has used the stage name for years. The vocal group filed the lawsuit on Wednesday in federal court in Nashville after negotiations with Anita White broke down in recent weeks. (Photo by Evan Agostini/Invision/AP, File)

NASHVILLE, Tenn. (AP) — Grammy-winning country group Lady A has filed a lawsuit against a Black singer who has been performing as Lady A as well.

The group dropped the word "Antebellum" from their name because of its ties to slavery.

But blues singer Anita White, who has been releasing and performing music under that name for years, complained publicly that the band never reached out to her.

Negotiations between the parties broke down.

The lawsuit seeks the court to declare that the band's use of the trademark "Lady A" does not infringe on White's alleged trademark rights of the same name.

The band is not seeking monetary damages.