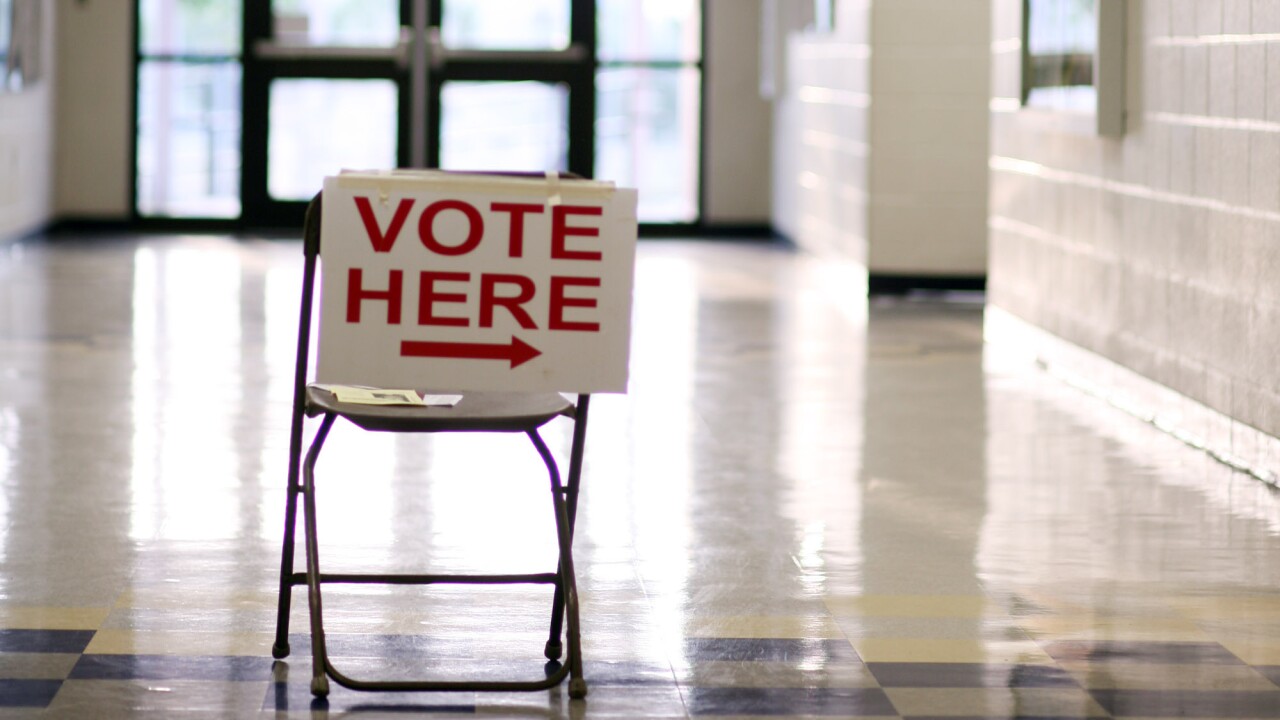 WILMINGTON, NC - MAY 6: A sign pionts the way to the Williston Middle School polling station on May 6, 2008 in Wilmington, North Carolina. Voters in Indiana and North Carolina have their primary polls May 6. (Photo by Logan Mock-Bunting/Getty Images)

DeWine announced earlier on Monday that he filed a lawsuit to move Ohio's primary election day to ensure the safety of Ohio voters in the midst of the coronavirus pandemic.

"During this time when we face an unprecedented public health crisis, to conduct an election tomorrow would force poll workers and voters to place themselves at an unacceptable health risk of contracting coronavirus," DeWine tweeted after the judge's ruling. "As such, Dr. Amy Acton will order the polls closed as a health emergency. While the polls will be closed tomorrow, Secretary of State Frank LaRose will seek a remedy through the courts to extend voting options so that every voter who wants to vote will be granted that opportunity."

DeWine said that he does not want Ohio voters who are at-risk for COVID-19 to have to make the choice between their constitutional right and their health.

"It is, I believe, the right thing to do," DeWine said.

However, DeWine said earlier on Tuesday he does not have the authority to delay the election - the state constitution provides for moving election day in the event of an invasion.

LaRose said that he has advised the state's Attorney General, Dave Yost, to accept the governor's recommendation and allow the election day delay. He said the lawsuit would be submitted for consideration Monday afternoon.

"When we look back at this we're going to be glad we did this," DeWine said.

In addition, people aged 65 and older, pregnant and those with compromised immune systems are being asked by DeWine not to leave their homes.

In addition, in order to conform the CDC guidelines, DeWine adjusted Ohio's mass gathering ban from 100 people at a gathering to 50.

DeWine's decision comes days after the state, along with Arizona, Florida and Illinois, said in a press release that primary elections scheduled for Tuesday would go ahead as scheduled.

Georgia and Louisiana have already delayed their primary elections.