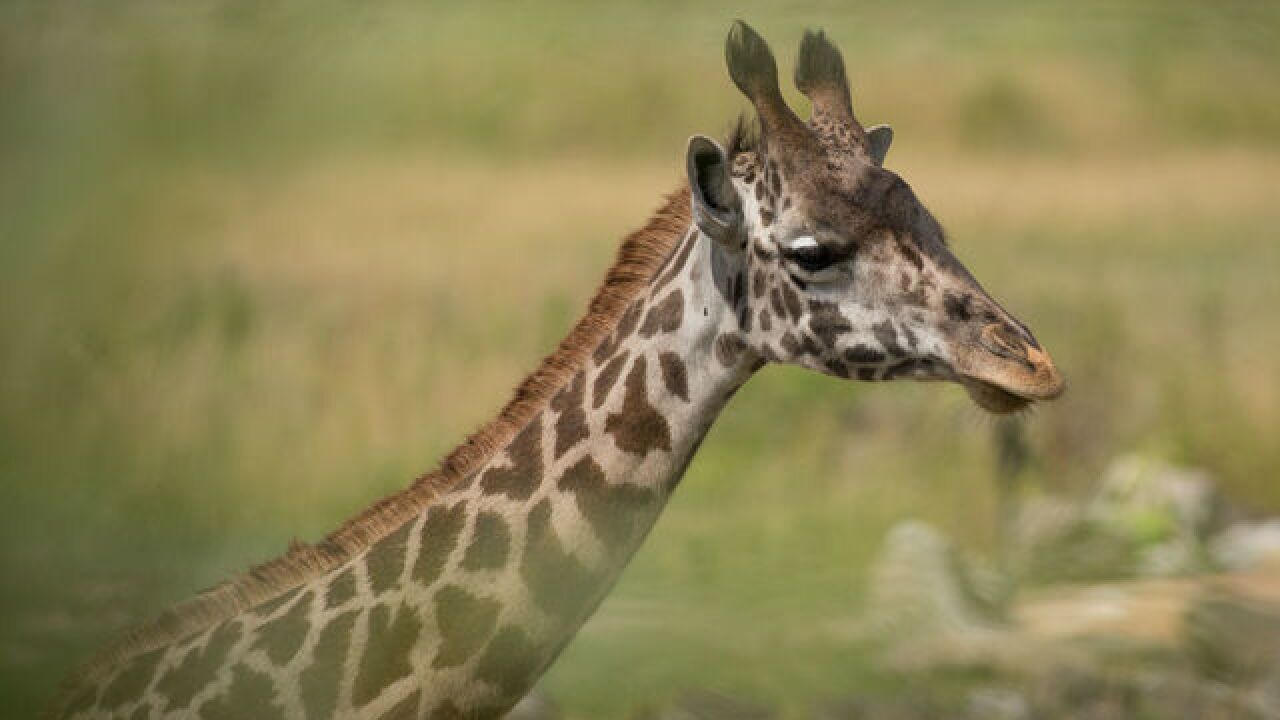 Copyright 2018 Scripps Media, Inc. All rights reserved. This material may not be published, broadcast, rewritten, or redistributed.
<p>Cami the giraffe. Source: The Columbus Zoo and Aquarium. </p>

COLUMBUS, Ohio - The Columbus Zoo and Aquarium announced that their giraffe, named Cami, died early Saturday morning after having a Caesarian section to deliver her calf, which died shortly after delivery.

Cami collapsed around 1 a.m. and was unable to return to her feet. She died shortly after.

Cami went into labor on Dec. 4 and veterinarians discovered the baby giraffe was presenting hooves first, a condition with extremely low survival rates, according to zoo officials.

The Zoo’s animal care team performed an emergency C-section. After the calf was removed, the veterinary team found that the calf had serious congenital defects and would not have survived even if it had been born front hooves first, officials said.

Cami was a 6-year-old Masai giraffe that came to the Columbus Zoo in 2013 from the Nashville Zoo.

The death of Cami and her calf mark the third Masai giraffe to die in the past 30 days at the zoo. Another calf died on Nov. 17, several weeks after being born, according to zoo officials.

“Our devoted team is truly devastated but continues to be lifted by the outpouring of concern and support we have received from giraffe lovers from around the world. The Columbus Zoo’s animal care experts made heroic efforts to try and save Cami and the calves. Every individual animal in our care is extremely important not only to us, but to their species, and as giraffe populations are declining rapidly in their native ranges, it is up to all of us to help protect them. Working to help vulnerable species like giraffes comes with both triumphant and heartbreaking moments, and even during this sad time, I am proud of the Columbus Zoo’s work on behalf of animals in our care as well as our continued commitment to the conservation of giraffes in Africa.”