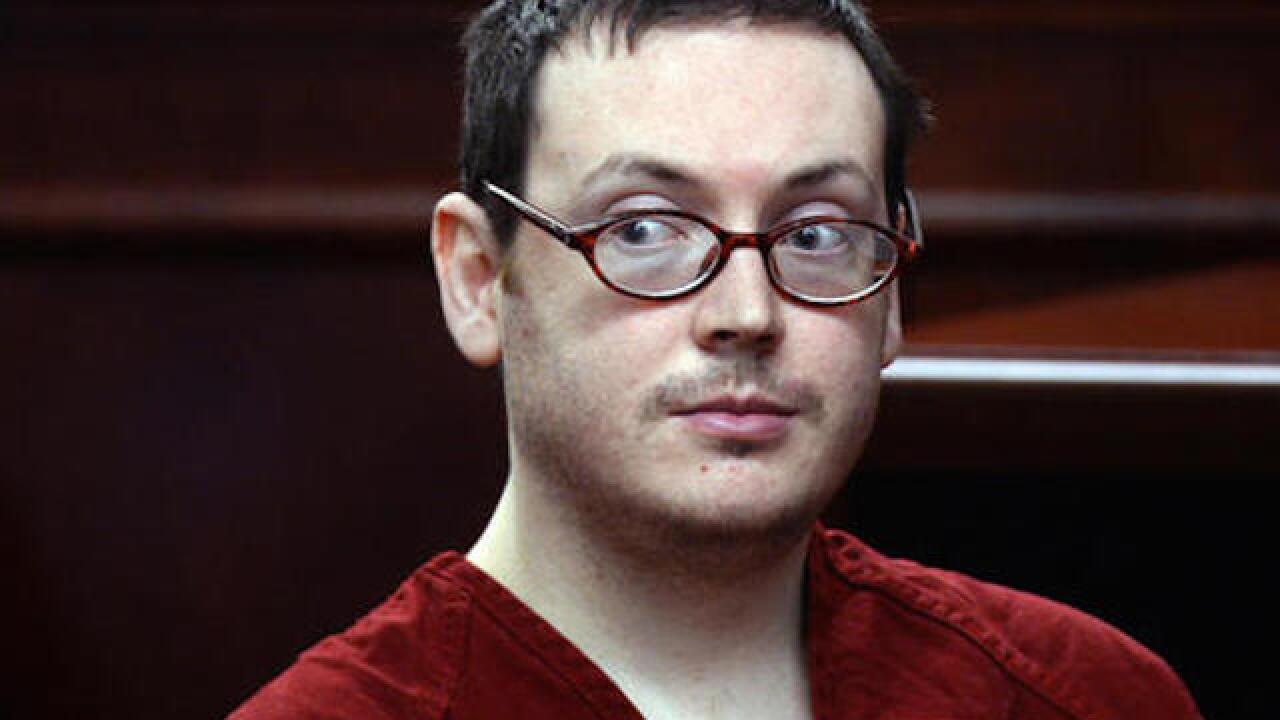 RJ Sangosti
<p>FILE - In this Aug. 24, 2015, file photo, James Holmes appears in court for the sentencing phase in his trial at Arapahoe County District Court in Centennial, Colo. He was convicted of killing 12 people and wounding 70 in a mass theater shooting in 2012. Prosecutors say several victims of the shootings have filed complaints alleging the state corrections department violated their rights by refusing to reveal where the gunman is serving his life sentence. Prison officials quietly transferred James Holmes to an out-of-state prison in January. (RJ Sangosti/The Denver Post via AP, Pool, File)</p>

CENTENNIAL, Colo. (AP) — Several victims of the Colorado theater shooting have filed complaints alleging the state corrections department violated their rights by refusing to reveal where the gunman is serving his life sentence, prosecutors said Wednesday.

Several survivors of the 2012 attack that killed 12 and injured more than 70 have said they were upset after corrections officials quietly transferred James Holmes to an out-of-state prison in January. The agency has repeatedly refused to tell the public — including prosecutors, survivors and the families of the dead — where or how he is being held.

A state committee that handles victims' rights complaints will address the issue at its Friday meeting. The panel could require prison officials to provide details of Holmes' confinement, or it could propose ways the department can keep victims better informed in the future.

The case could ultimately be referred to the state attorney general to enforce the committee's findings.

A message to a prisons spokeswoman was not immediately returned Wednesday.

Holmes was convicted in August of opening fire in a crowded Denver-area movie theater in July 2012. Jurors could not agree that he deserved the death penalty, so he is serving a life sentence.

Some victims testified during sentencing that they didn't want Holmes imprisoned in California, closer to his parents who live near San Diego. Prison officials had assured prosecutors last year that they would not move him there.

Documents provided to The Associated Press and other news outlets though open-records requests later revealed that Holmes was transferred partly because another inmate pushed his way through a partially open door and attacked him when he was being held in Colorado's highest security prison.

Prison officials believed other inmates were likely to keep targeting Holmes "because of the high profile nature of his crimes," according to the documents.

State law requires officials to inform victims when a prisoner is moved to a less secure facility, Deputy District Attorney Lisa Teesch-Maguire said. It also requires victims be treated with "fairness, dignity and respect" throughout the process.

"How can the victims know whether this specific right has been met given that we have no idea what facility the defendant is located in anywhere in the country?" she said. "We're talking about a convicted mass murderer who openly admitted that if he had the opportunity to kill more people, he would kill more people. ... The victims, who in our case are located across every state, have a right to know whether he is in their state."

Victims received a brief notification from the corrections department on Jan. 19, listing Holmes' location only as "interstate correction compact transfer."

Teesch-Maguire, who was part of the team that prosecuted Holmes, has been repeatedly asking prison officials about the circumstances of Holmes' incarceration, including what privileges he has and how closely he is guarded. None of her questions has been answered, she said.

Not knowing Holmes' location meant attorneys representing several shooting victims and their families in a lawsuit against theater owner Cinemark were not able to question him during a civil trial this week.

Without Holmes' testimony, attorneys were forced to rely on the spiral notebook in which he detailed elaborate plans for the killings.

Kelly Kissell, manager of the Colorado Department of Public Safety's Office for Victims Programs, said she could not discuss the victims' complaints or provide copies of them while they are pending.