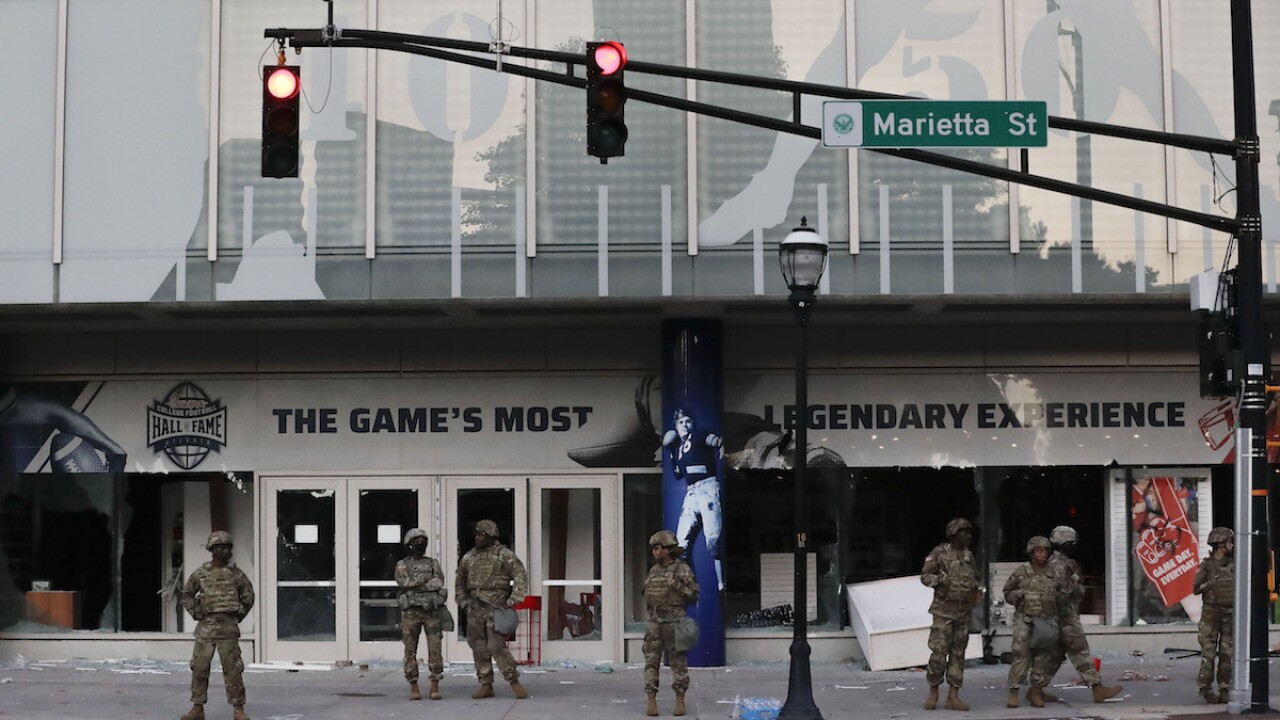 Copyright 2020 The Associated Press. All rights reserved.
Brynn Anderson/AP
The Georgia National Guard lines up in front of the of the College Football Hall of Fame in the aftermath of a demonstration against police violence on Saturday, May 30, 2020, in Atlanta. (AP Photo/Brynn Anderson)

ATLANTA (AP) — The College Football Hall of Fame is boarded up and assessing damage from a destructive night of protests in downtown Atlanta.

The facility's most valuable trophies and artifacts were moved to a secure facility in case additional trouble breaks out.

There have been protests around the nation over the death of George Floyd in Minneapolis.

But the interior of the hall was not breached.