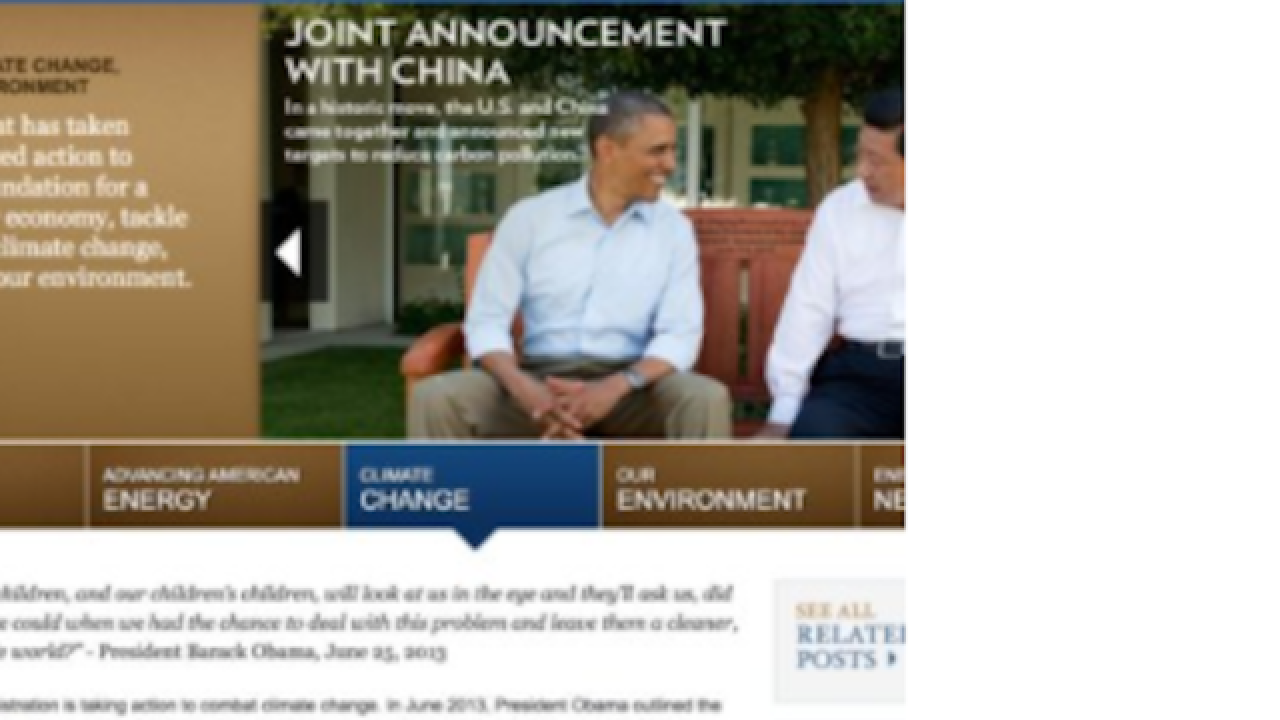 Copyright 2017 Scripps Media, Inc. All rights reserved. This material may not be published, broadcast, rewritten, or redistributed.
<p>All mentions of "climate change" appeared to be removed from the White House website just moments after Donald Trump took the oath of office Friday.</p>

Moments after President Donald Trump took the oath of office and became the 45th President of the United States, both the climate change and LGBT portions on the White House web page appears to have been removed.

When a search is conducted for the term “climate change” on the White House web page, one article is found: The biography of Mamie Eisenhower , the wife of President Dwight D. Eisenhower. The words “climate” and “change” are separated by four paragraphs of text.

Internet archives showed the difference in the URL between Jan. 9 and Jan. 20.

The Climate Change portion on the White House website on Jan. 9 vs. today. pic.twitter.com/IwJXVqx1Z0

The climate change, veterans and LGBT pages are still available under an archived URL .

WhiteHouse.Gov currently has tabs for "Briefing Room," "Issues," " The Administration," "Participate" and "1600 Penn" — and not much else. The "Issues" tab contains Trump's policy, though those policies don't address climate change, LGBT rights or veteran's issues.

Trump does have a " Veterans Affairs Reform " page on his campaign website.

It's currently not clear whether Trump will address these issues on the WhiteHouse.gov website in the future. Some speculate that the Trump administration is building the site from scratch, and that many more sections will be added in the coming days.