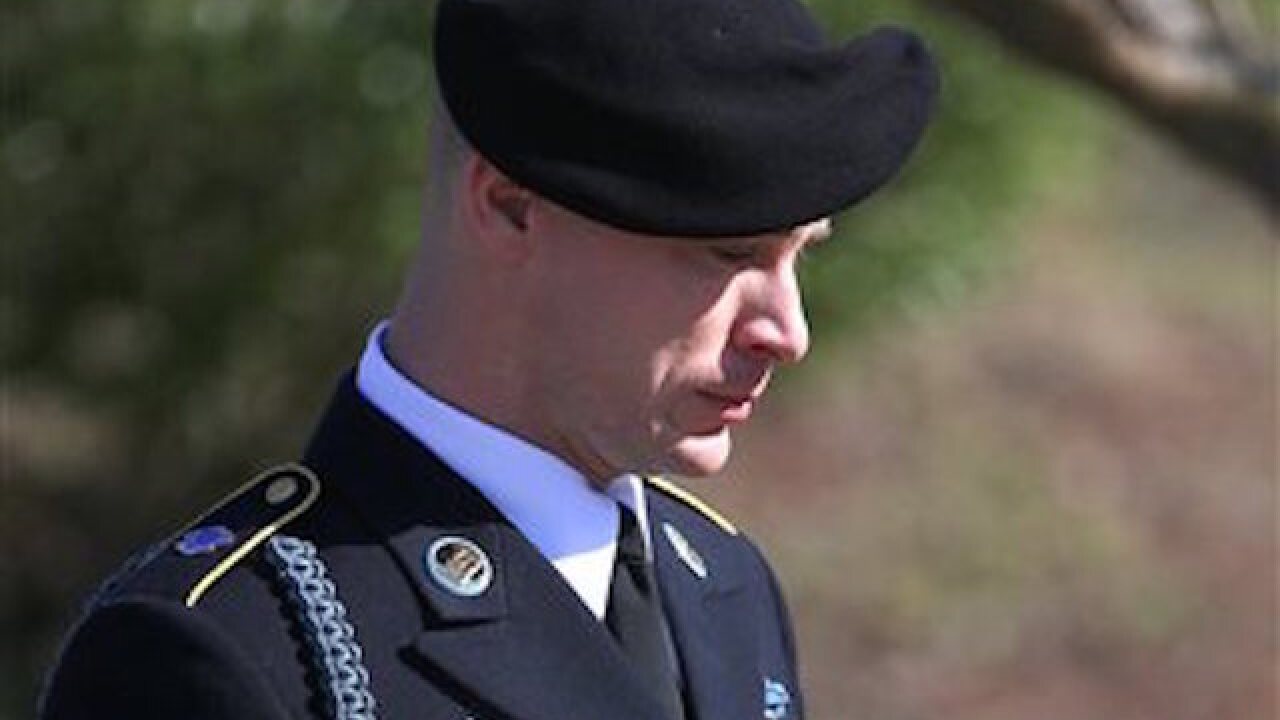 Ted Richardson
<p>Army Sgt. Bowe Bergdahl exits a courthouse at Fort Bragg, N.C. after a pretrial hearing on Tuesday, Jan. 12, 2016. Bergdahl, who was held by the Taliban for five years after he walked off a base in Afghanistan, faces charges of desertion and misbehavior before the enemy. (AP Photo/Ted Richardson)</p>

FORT BRAGG, N.C. (AP) — An Army judge is considering how classified information should be handled in the case against Sgt. Bowe Bergdahl, who walked off an outpost in Afghanistan in 2009.

Bergdahl's attorneys argued at a hearing Tuesday for wider leeway in their ability to gather and use the classified information in his case. He faces charges of desertion and misbehavior before the enemy, a relatively rare charge that carries a punishment of up to life in prison.

Bergdahl, 29, walked into the courtroom briskly wearing a dress blue uniform and sat up straight and quietly for the 2½ hour hearing. He spoke only to answer several "yes" or "no" questions from the judge, Col. Jeffery Nance.

Defense attorney Lt. Col. Frank Rosenblatt argued that the prosecution wants to apply military rules on classified information in a way that would hinder the defense. Rosenblatt cited an example in which he said prosecutors put restrictions on what a potential witness could answer during an interview, hindering their evidence-gathering.

The judge said "the big issue still left to be determined is whether the defense should have to go through trial counsel" or other military authorities to get access to classified information.

Bergdahl, who was held by the Taliban for five years after he walked off a base, was arraigned in December. He has yet to enter a plea or decide whether he wants a trial before a jury or just the judge.

Bergdahl, of Hailey, Idaho, walked off his post in eastern Afghanistan's Paktika province on June 30, 2009 and was released in late May 2014 as part of a prisoner swap, in exchange for five detainees in Guantanamo Bay. The move prompted harsh criticism, with some in Congress accusing President Barack Obama of jeopardizing the safety of the country.

Rosenblatt also said during the hearing that it could be detrimental to Bergdahl's defense if he can't wear a Purple Heart, Prisoner of War Ribbon and two other awards.

"We urge the government to help us correct that," he said, without elaborating on whether his client had received the awards yet.

The judge said both sides will return to court for another pretrial hearing at a date that hasn't been determined.

Prosecutor Capt. Michael Petrusic estimated the discovery process could involve more than 300,000 pages and worried about how that would affect the case's schedule.

The judge indicated that he'd be amenable to working with both sides to make sure the schedule works. The trial has been tentatively scheduled to start this summer.

"You're not going to play games with that kind of stuff," Nance said.