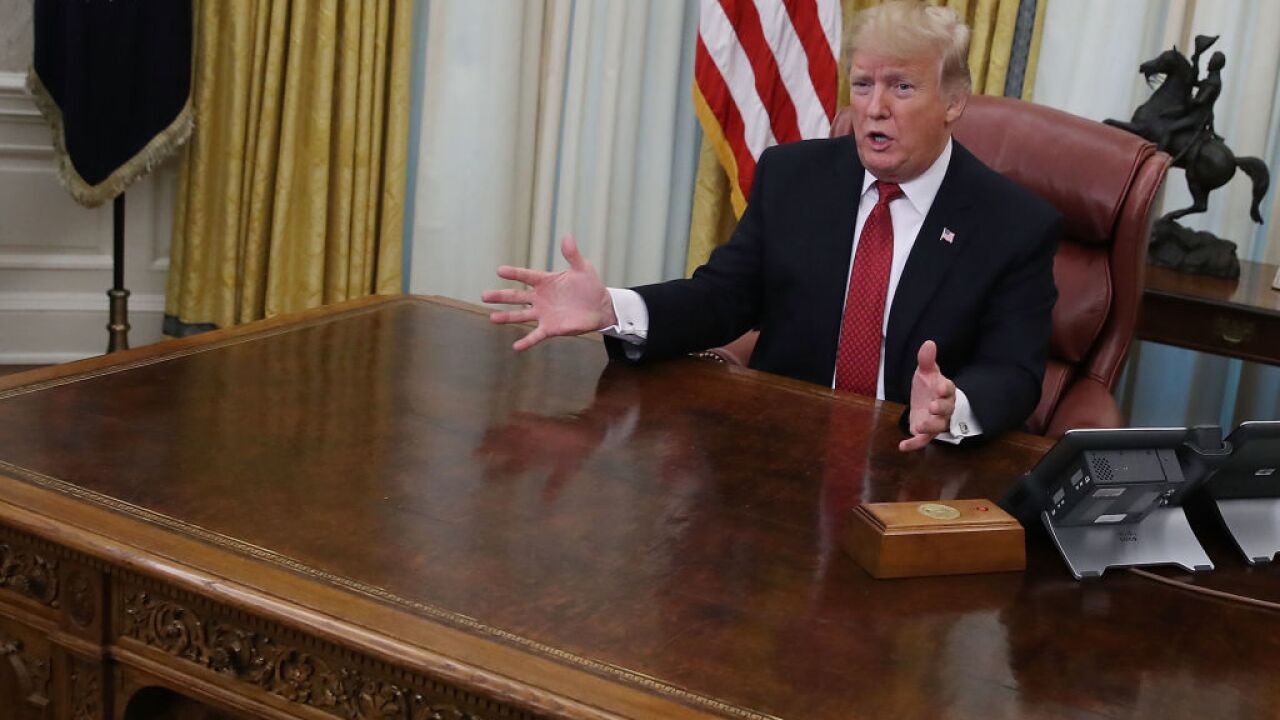 The Chinese government on Wednesday threatened to retaliate if President Donald Trump follows through on his plan to ratchet up tariffs on Friday, just as the two countries try to finalize a trade deal.

China's chief trade negotiator, Vice Premier Liu He, is due in Washington later this week for a critical round of discussions with Robert Lighthizer, Trump's top trade envoy and Treasury Secretary Steven Mnuchin.

The response came shortly after the administration took formal steps to carry out Trump's weekend Twitter threat to escalate tariffs from 10% to 25% on $200 billion of goods starting at 12:01 a.m. Friday.

Trump over the weekend upended months of cheery reports by the US that progress was being reached in intense trade negotiations between the world's two largest economies. He also floated launching a third tranche of penalties on remaining Chinese products, sparking a market sell-off earlier this week.

The President, who has frequently expressed optimism about progress in the months-long talks, renewed his tariff threats after a briefing late last week in which advisers told him the Chinese were reneging on key elements of a potential deal.

On Wednesday, he suggested the Chinese were trying to run out the clock on his administration.

"The reason for the China pullback & attempted renegotiation of the Trade Deal is the sincere HOPE that they will be able to 'negotiate' with Joe Biden or one of the very weak Democrats, and thereby continue to ripoff the United States (($500 Billion a year)) for years to come," Trump tweeted on Wednesday. "Guess what, that's not going to happen! China has just informed us that they (Vice-Premier) are now coming to the U.S. to make a deal. We'll see, but I am very happy with over $100 Billion a year in Tariffs filling U.S. coffers...great for US, not good for China!"

The deal is a top priority for both Trump and Chinese President Xi Jinping, who pledged during a December meeting in Buenos Aires to reach a comprehensive trade agreement that would end an escalating trade war.

Hours before China put the US on notice that they would take retaliatory action if necessary, White House press secretary Sarah Sanders told reporters that the administration had been told that Beijing still wants to make a trade deal.

"We've gotten an indication that they want to make a deal, our teams are in continued negotiations," Sanders said.

US officials earlier this week left the door open to continuing discussions to sign off on a historic, comprehensive deal, saying talks between two sides had not broken off yet, despite Beijing "reneging on prior commitments" part of a detailed 150-page document that negotiators had previously agreed to "line by line."

The sharp comments were a clear reversal from the optimism the Trump administration has conveyed over the course of the last several months as negotiating teams have jetted between Beijing and Washington 10 times.

In comments to reporters on Monday, Mnuchin said there were "some signs" that China might be positioning itself to renege on its commitments during brief meetings last week, but that the Trump trade team had been "reassured" by Chinese negotiators that talks would continue to move forward.

"We thought things would be moving forward, and then there were communications over the weekend that made clear to us we were going substantially backwards, and that's what led us to updating the President," the Treasury secretary said. "Because you are correct -- this is a big change in direction for the negotiations."

News that China appeared to be backtracking from its verbal commitments was delivered to Trump in a briefing at the end of last week from his chief trade negotiator Lighthizer, who cast the developments as a disappointing move after what had appeared to be weeks of progress. Before that, some of Trump's advisers -- including Mnuchin -- had worked to paint the talks in a rosier light, saying the deal was nearing completion.

The administration and analysts have been reluctant to specify what commitments the Chinese government has backpedaled on, but both have acknowledged that as the two countries have neared the finish line, there is a faction in Beijing that has found it difficult to agree to commitments that would be enforceable under the deal.