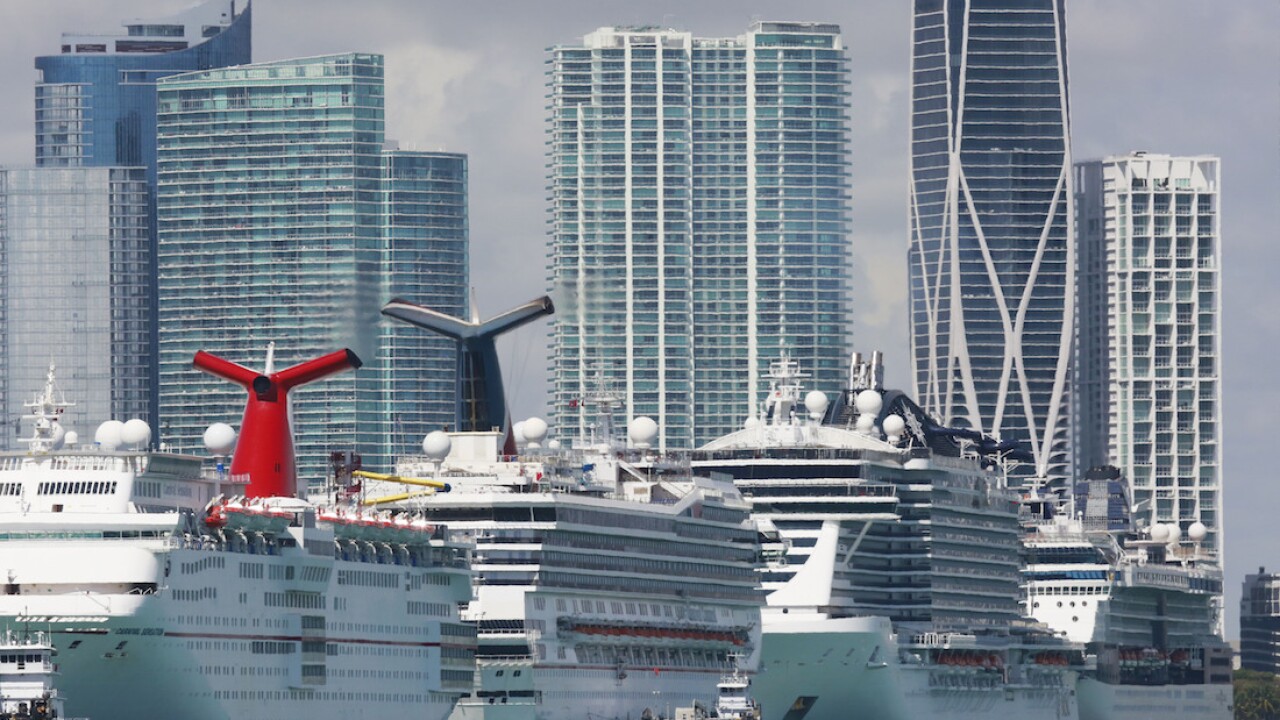 Copyright 2020 The Associated Press. All rights reserved.
Brynn Anderson/AP
International and national cruise ships docked at PortMiami amid the virus outbreak on March 14, 2020 in Miami. President Donald Trump tweeted yesterday that at his request Carnival, Royal Caribbean, Norwegian, and MSC have all agreed to suspend outbound cruises as the world tries to contain the COVID-19 outbreak. A on Saturday, March 14, 2020, in Miami. For most people, the new coronavirus causes only mild or moderate symptoms. For some it can cause more severe illness. (AP Photo/Brynn Anderson)

Carnival Cruise Line is canceling most U.S. sailings through the end of this year.

It's the latest sign that the cruise industry's recovery from the coronavirus pandemic could still be many months away.

Carnival says it's canceling sailings from all ports except its home ports of Miami and Port Canaveral, Florida, but it stressed that it still might not sail from those ports in November and December.

Carnival's announcement came the day after the U.S. Centers for Disease Control and Prevention extended a ban on large cruises in U.S. waters through Oct. 31.

Carnival isn't the only cruise liner canceling trips because of COVID-19 - Royal Caribbean and Norwegian also announced they are canceling cruises.

"The Company will continue to work in tandem with global government and public health authorities and its Healthy Sail Panel expert advisors to take all necessary measures to protect its guests, crew, and the communities visited," officials said in the release.

On Tuesday, Royal Caribbean Group, owners of Royal Caribbean International, Azamara, Celebrity Cruises, and Silversea Cruises, said in a press release that they were extending their suspension through Nov. 30.

However, they do plan to move forward with their Hong Kong cruises, which are scheduled for November, the company said in the release.

The no-sail order, initially issued in March, was set to expire on Sept. 30.