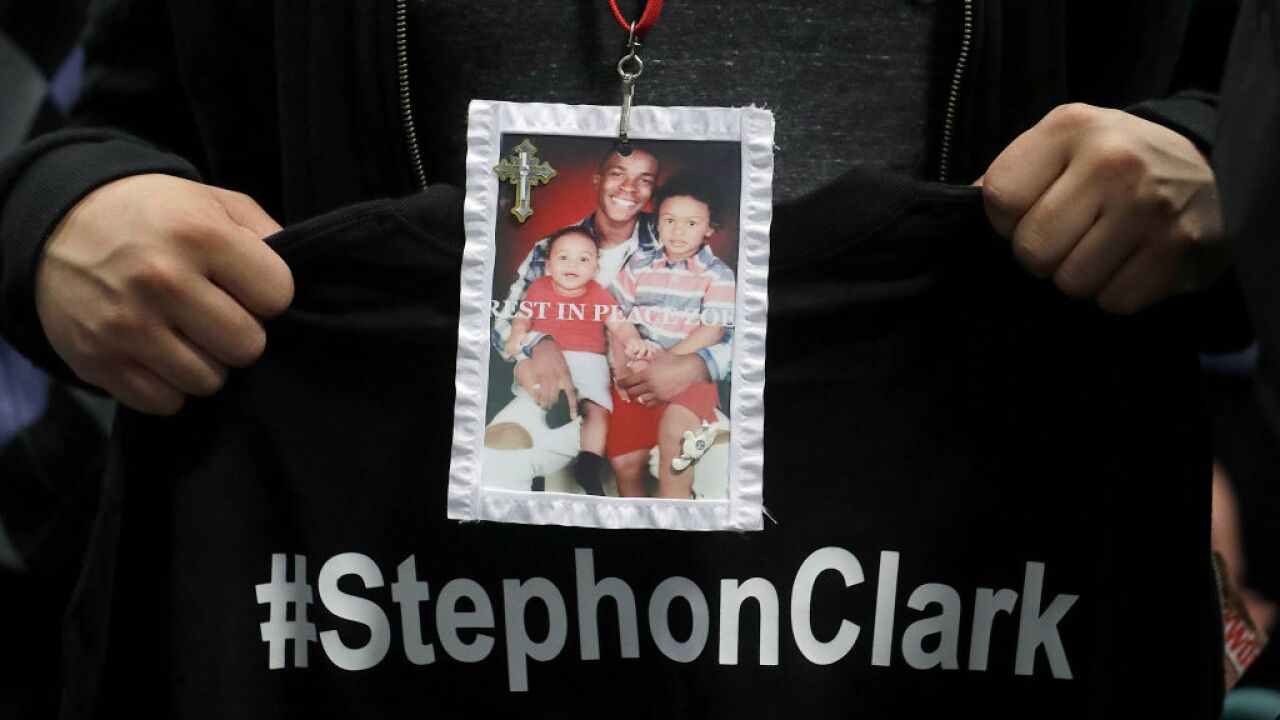 California Gov. Gavin Newsom signed a bill Monday aimed at tightening standards for when police will be allowed to use deadly force.

The legislation will give the state one of the toughest use-of-force standards in the country, the San Francisco Chronicle reported.

The bill states that officers may "use deadly force only when necessary in defense of human life" and to use de-escalation tactics when faced with a confrontation before resorting to deadly force.

AB 392 also allows criminal charges to be filed against police officers who use deadly force if other options are available, the California Globe reported.

The bill was introduced by Assemblymember Shirly Weber, D-San Diego, after the killing of Stephon Clark, an unarmed black man who was fatally shot by Sacramento police in his grandmother's backyard in March 2018.

The two police officers who killed Clark did not face criminal charges for the shooting.

Clark was holding a cellphone when he was shot seven times, including three times in the back, according to an autopsy released by the Sacramento County Coroner's office. An independent autopsy found that Clark was shot eight times, with six of those wounds in his back, according a forensic pathologist retained by Clark's family.

The case became a symbol of strained relations between the police and the community as well as racial tensions in Sacramento and other places across the U.S.

Following Clark's death, protests from the Black Lives Matters movement and other groups happened across the country as people asked for more accountability in police shootings.

Authorities said the two Sacramento officers who shot Clark were responding to a report that a man had broken car windows and was hiding in a backyard. Police chased the man — later identified as Clark — who hopped a fence into his grandmother's property. He was shot in her backyard on the night of March 18, 2018.

Earlier this year Clark's family filed a wrongful death lawsuit against the officers involved and the city of Sacramento.

CNN Newsource contributed to this report.