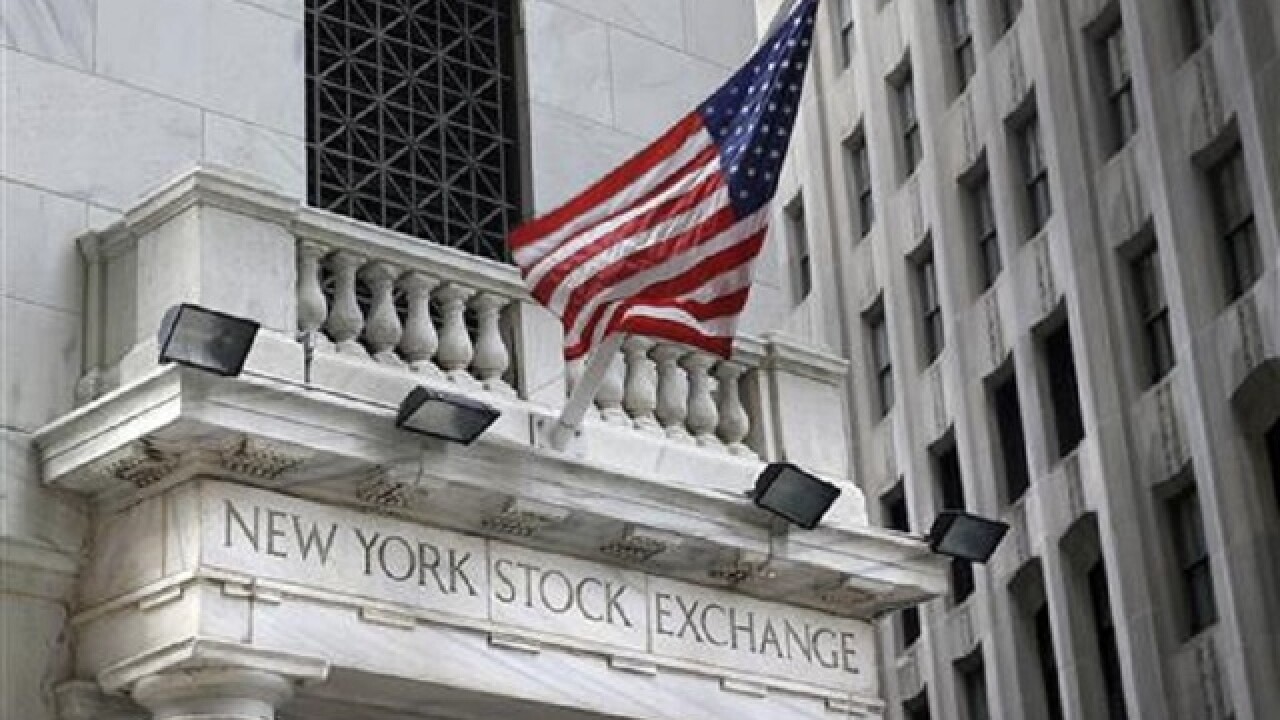 SEOUL, South Korea (AP) — World financial markets were rocked Friday by Britain's vote to leave the European Union, with stock markets and oil prices crashing and the pound hitting its lowest level in three decades.
The uncharted, unexpected path of a European Union without Britain sparked the sell-offs, with more jitters expected as global markets try to digest the shock result.
Tokyo stocks plummeted nearly 8 percent, their biggest fall since 2008, while South Korea's Kospi tumbled about 3 percent.
Crude oil prices and U.S. futures also took a big hit, and the British pound plummeted more than 10 percent in six hours while the yen surged about 3 percent to the U.S. dollar as investors seeking safety snapped up the Japanese currency.
By early afternoon in Asia, a tally by the BBC showed Britain had voted to leave the 28-nation European Union by about a 52 percent to 48 percent margin.
Japan's Nikkei 225 plummeted 7.6 percent to 15,002.84 while South Korea's Kospi sank 3.8 percent to 1,911.13. Hong Kong's Hang Seng index tumbled 4.7 percent to 19,894.12 and Australia's S&P/ASX 200 fell 3.6 percent to 5,093.40. Stocks in Shanghai, Taiwan, Sydney and Southeast Asian countries were sharply lower.
On Thursday, Wall Street finished with rallies as pre-poll forecasts showed that Britain would keep the EU membership. Asian stock markets opened the day higher but the mood turned sour as results started to show that the "leave" vote would win. As the results increasingly pointed to the EU exit, investors shunned stocks and other risky assets.
U.S. futures took a dive. Dow futures fell 3.9 percent and S&P futures nosedived 5.1 percent.
The results sent the pound on a wild ride. It rose to its highest point for the year of $1.50 before tumbling more than 10 percent to a low of $1.3303, its lowest level in 31 years.
In other currencies, the dollar fell to 101.32 yen from 104.80 yen while the euro weakened to $1.098 from $1.132.
Benchmark U.S. crude plummeted 6.2 percent, or $3.12, to $47.03 per barrel in New York. Brent Crude, the benchmark for international oil price, fell 5.8 percent, or $2.97, to $47.94 per barrel in London.
Copyright 2016 The Associated Press. All rights reserved. This material may not be published, broadcast, rewritten or redistributed.