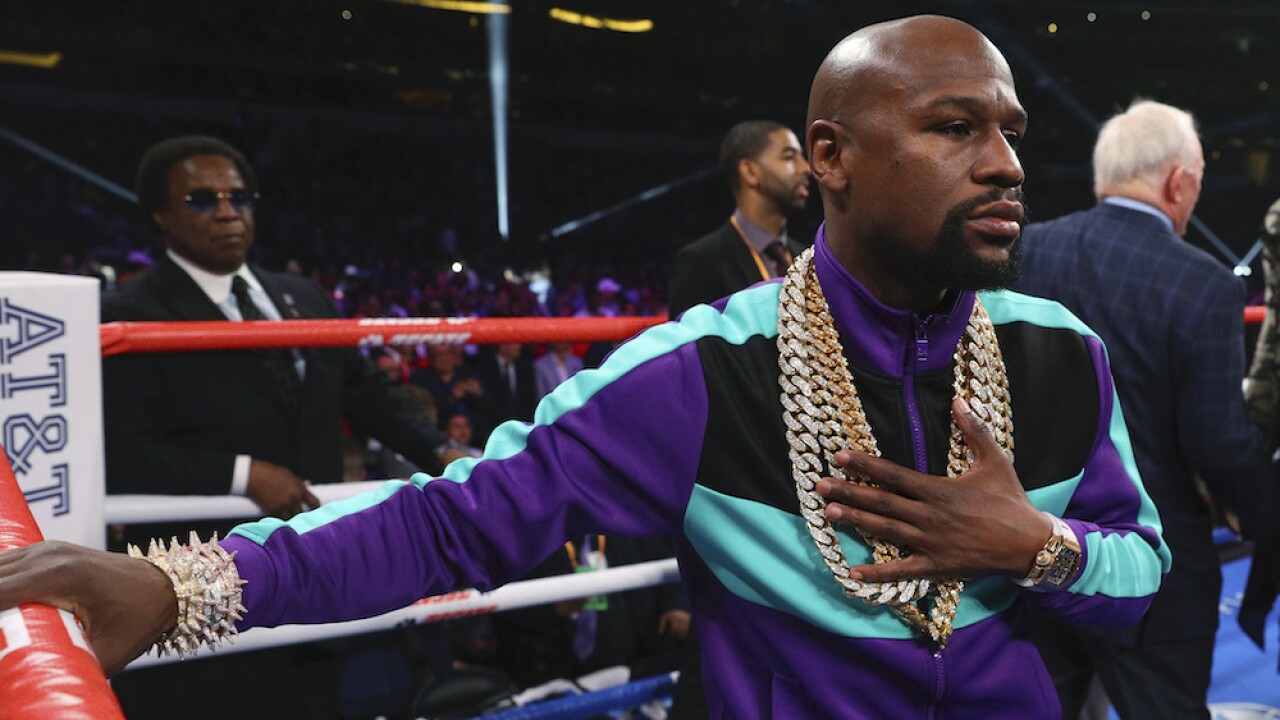 Former boxing champion Floyd Mayweather has offered to pay for George Floyd’s funeral and memorial services, and the family has accepted the offer.

Mayweather personally has been in touch with the family, according to Leonard Ellerbe, the CEO of Mayweather Promotions.

He will handle costs for the funeral on June 9 in Floyd’s hometown of Houston, as well as other expenses.

TMZ originally reported Mayweather’s offer, and said he will also pay for services in Minnesota and North Carolina.

Chauvin has been charged with third-degree murder in connection with Floyd's death. Three other officers involved have been fired, but have not been charged.

In a private autopsy conducted by Floyd's family, investigators found Floyd to have died of asphyxia due to neck and back compression. The family’s autopsy differs from the official autopsy as described in a criminal complaint against the officer.

That autopsy included the effects of being restrained, along with underlying health issues and potential intoxicants in Floyd’s system, but also said it found nothing “to support a diagnosis of traumatic asphyxia or strangulation.”