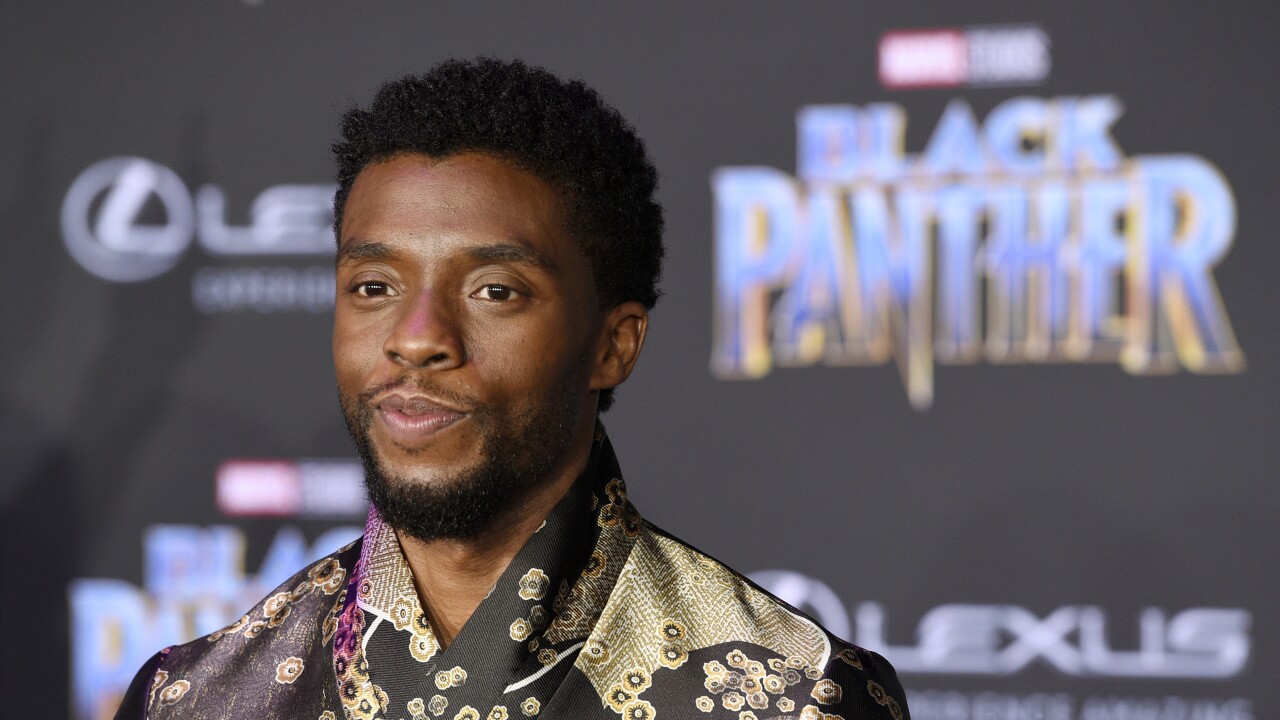 Chris Pizzello/Chris Pizzello/Invision/AP
FILE - In this Jan. 29, 2018 file photo, Chadwick Boseman, a cast member in "Black Panther," poses at the premiere of the film in Los Angeles. Actor Chadwick Boseman, who played Black icons Jackie Robinson and James Brown before finding fame as the regal Black Panther in the Marvel cinematic universe, has died of cancer. His representative says Boseman died Friday, Aug. 28, 2020 in Los Angeles after a four-year battle with colon cancer. He was 43. (Photo by Chris Pizzello/Invision/AP, File)

His representative says Boseman died Friday in Los Angeles after a four-year battle with colon cancer. He was 43.

Boseman died at his home in the Los Angeles area with his wife and family by his side, his publicist Nicki Fioravante told The Associated Press.

Fans of the actor posted condolences all over social media immediately after the news was reported Friday night.

Boseman was diagnosed with colon cancer in 2016, his family said in a statement:

"Chadwick was diagnosed with stage III colon cancer in 2016, and battled with it these last 4 years as it progressed to stage IV.

A true fighter, Chadwick persevered through it all, and brought you many of the films you have come to love so much. From Marshall to Da 5 Bloods, August Wilson's Ma Rainey's Black Bottom and several more, all were filmed during and between countless surgeries and chemotherapy.

It was the honor of his career to bring King T'Challa to life in Black Panther.

He died in his home, with his wife and family by his side.

The family thanks you for your love and prayers, and asks that you continue to respect their privacy during this difficult time."

Before Boseman rose to fame in the Marvel cinematic films as the "Black Panther," he played icons Jackie Robinson in 2013 and James Brown in 2014.

Friday was also Jackie Robinson Day in Major League Baseball, as all players wear "42" on their jerseys during play.

Boseman was set to return to the screen next in 2022 in the second installment of "Black Panther."