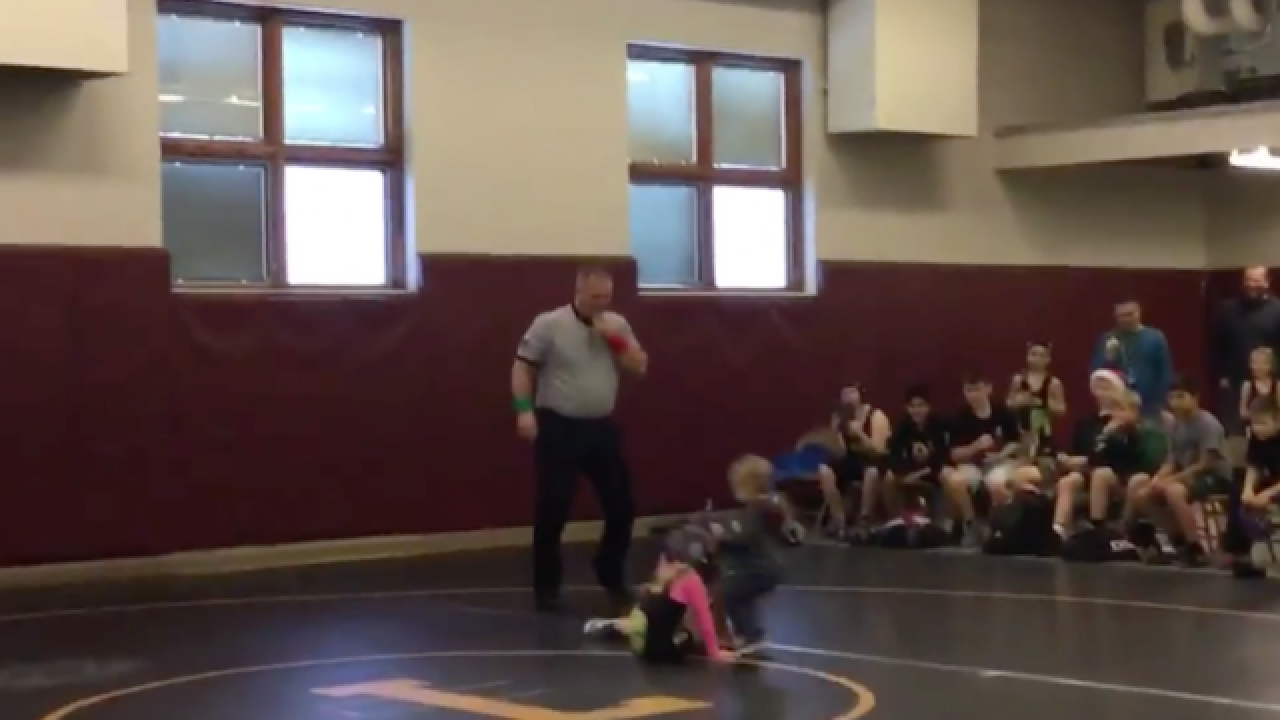 Siblings have to stick together, even if that means interrupting a wrestling match.

At a wrestling match over the weekend, a young girl named Ruby was locked in a fierce match with her opponent when her two-year-old brother Ryan came to the rescue.

Ryan, apparently thinking the match was a real fight, tried to drag Ruby's opponent off the mat, but parents and officials intervened before Ryan could finish the job.

Tori "Allen" Prendergrast shot the video of the match in Columbia City, Indiana and posted it to Facebook on Sunday.

“It was so cute. The whole place was cracking up when it happened," she told Huffington Post. "I only have boys, but if I had a daughter, I hope they would protect their sister like that.”