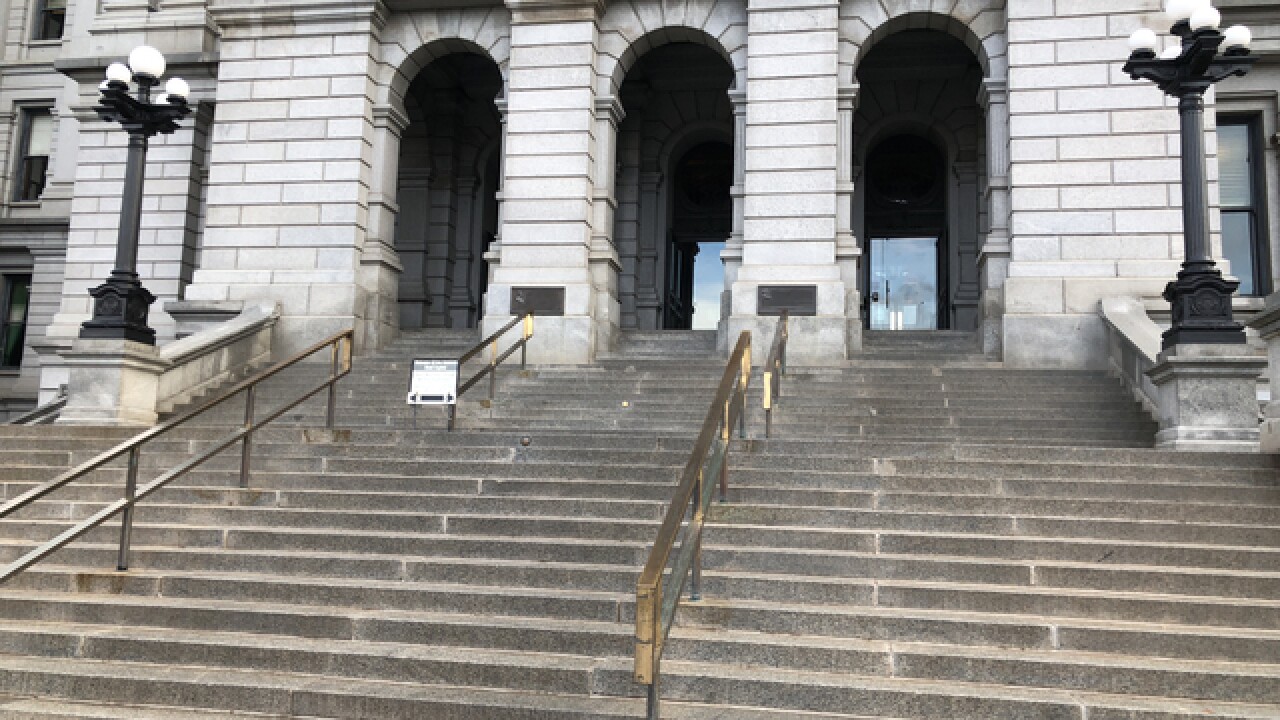 DENVER, Colorado — While authorities said the suspicious package found outside the Colorado State Capitol Wednesday morning was not an issue, they are still investigating where it came from, what it is and why it was placed on the Capitol steps.

Around 8:30 a.m. Wednesday, authorities responded to the west steps of the Colorado State Capitol after a suspicious package was located. The steps were taped off for about half an hour while authorities, including a bomb squad, examined the scene. All nearby streets remained open.

By 9 a.m., Colorado State Patrol confirmed the situation had been resolved and was a "non-issue."

Trooper Gary Cutler with CSP said an American flag had been wrapped around the package and there were visible wires sticking out of it. Authorities are still investigating the package to determine where it came from and why it was placed on the steps.

Cutler said they are not looking for any suspects in particular as of 10:40 a.m.