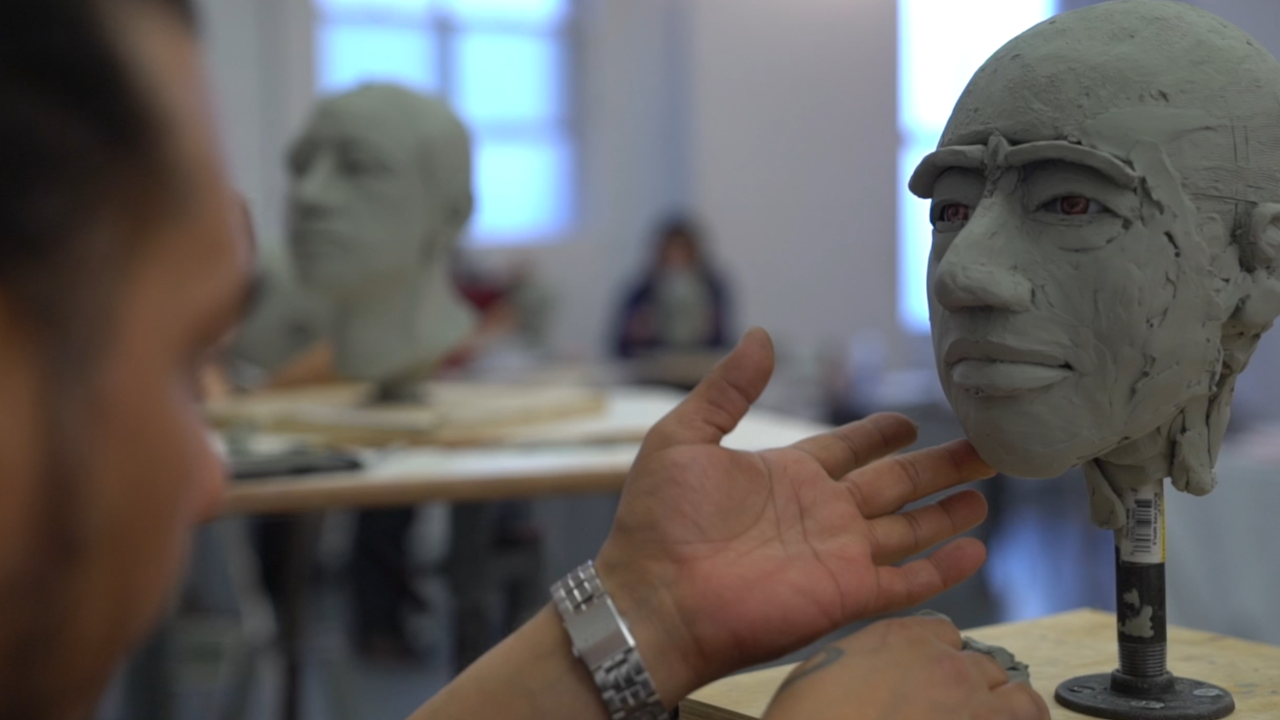 Arizona’s Sonoran Desert may be beautiful, but it is merciless, especially in the summer.

“110 to 115 degrees,” says volunteer Mike Monroe, “and it’s so dry you can feel the water being sucked right out of you.”

Since the year 2000, thousands of migrants have died trying to cross into the U.S. from Mexico. The summer heat and rugged terrain is largely to blame.

But many never make it to one of these stations.

Bruce Anderson, a forensic pathologist at the Office of the Pima County Medical Examiner in Tucson, Arizona, says the better part of his life has been consumed with the work of trying to identify non-American citizens who’ve died in the desert.

He attributes the rise in attempted border crossings in the Sonoran Desert to a shift in U.S. immigration policy, which made it tougher for migrants to cross in the urban areas of California and Texas.

“Desperate people south of the border will do desperate things,” Anderson says.

The unintended consequence was that more migrants were now going through Arizona, a place known for its harsh climate.

“They crossed in many more numbers— and died in higher numbers—than ever seen before,” Anderson says.

When these migrants die, they’re often left alone, Anderson says. Usually there is no wallet, no identification, and when they’re left out in the desert for days, weeks, even years, they become unrecognizable.

“Time goes by, and there’s no way to do a facial recognition,” Anderson explains. “The skin is then all gone. There’s no tattoo or freckles to look at anymore.”

Sometimes they’re lucky even to get DNA, but that’s far from a guarantee to finding a match.

“When we can’t get DNA out of a bone, then we’re left with a skeleton or part of a skeleton [and] we don’t know how to identify the person,” he says.

Not your typical art class

About 2,500 miles from the Sonoran Desert, on the fifth floor of a converted warehouse in New York City’s Tribeca neighborhood, thirteen art students sit perched on aluminum stools in front of a slab of plywood with a five-inch lead pipe sticking out of it.

Soon, these students at the New York Academy of Art will be given their materials for the week: a 3-D printed replica of a human skull.

Javier Tovias, a military veteran who found art as a form of PTSD therapy, has been given a skull and one small piece of paper with few words: “Female. Age: 20-25.”

He also knows this skull was found in the Sonoran Desert and is likely a migrant.
“Looks like a small skull for an adult,” Tovias says, who’s still getting acquainted with his skull.

He’s been asked to re-build what this woman’s face might have looked like, based only on the dimensions of the skull.

“I can’t go another way. I have to stick to what science, what our morphology, tells us. So, it is some pressure,” he says with a little chuckle.

Instructor Joe Mullins, a forensic artist, is there to assist.

For Tovias, that moment came four days in. It’s helped the gravity of the project sink in even further.

If it sounds far-fetched—this notion that a family member or friend might see a facial approximation, the work of a student, and recognize a loved one—the data shows, it isn’t.

Since the class began in 2015, the forensic sculpting workshop has had at least six “visual matches”—an unofficial identity match—and three have resulted in the issuing of official death certificates.

“If one out of a million recognize a face,” Mullins said, “then we’ve done our job as a successful class.”

Mullins tries to spread pictures and 3-D renderings of the finished artwork everywhere he can.

“We [want] as many eyes as possible on these finished reconstructions,” he said. “[Someone may say] ‘I think I know who that is—I haven’t seen my cousin in ten years, and I recognize those teeth or that smile’ or anything unique about the face. The ultimate goal is to spark that recognition.”