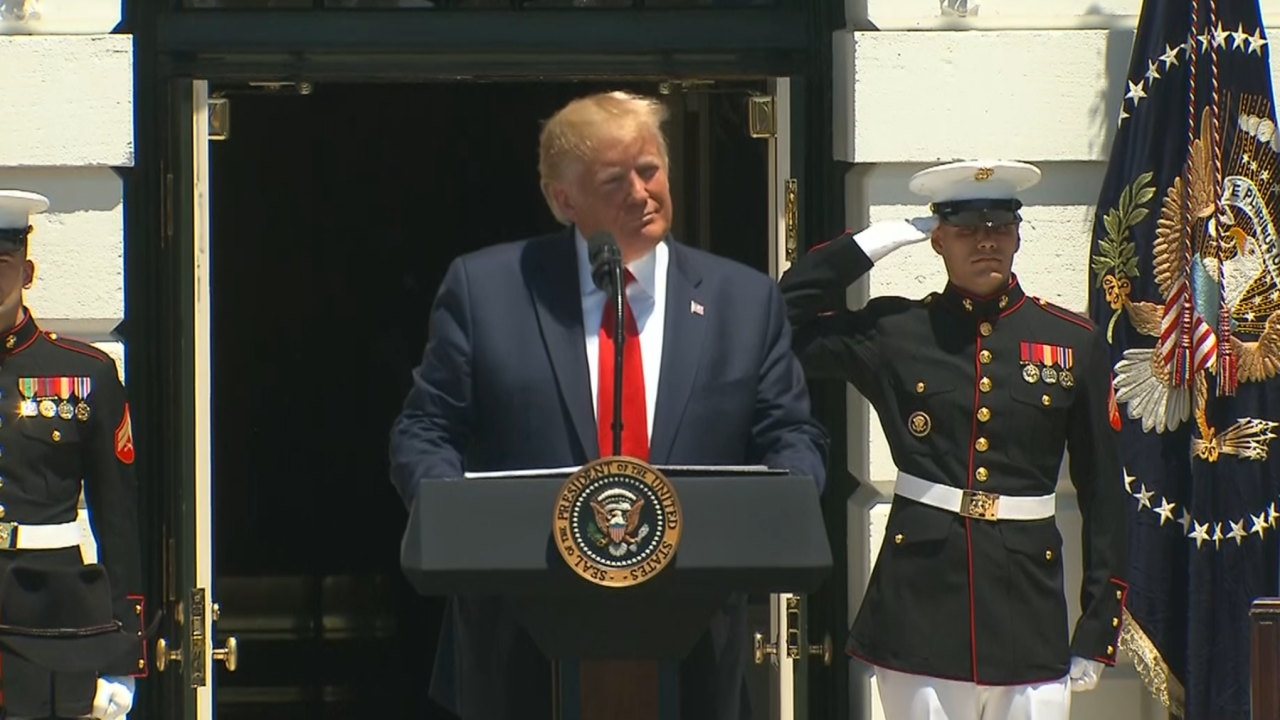 If the Trump administration makes good on its latest tariff threat, Apple would be a big loser .

The tariffs could knock down iPhone sales by between 6 million and 8 million in the United States next year, said technology analyst Dan Ives, of Wedbush Securities, in a note to investors Friday. That could cut Apple's earnings by 4% in 2020.

President Donald Trump on Thursday threatened a 10% tariff on the remaining $300 billion of Chinese goods that are not currently subject to tariffs. Those goods, which will include laptops, smartphones and other technology, will hit the American tech industry particularly hard.

The tariff threat "brought back a dark cloud over Cupertino," said Ives. He called the tariffs a "gut punch for Apple."

"Apple is clearly caught in the crossfires between DC and Beijing," said Ives, who called Apple "the poster child" for the trade war.

Wall Street continues to worry that the trade war could significantly increase the cost of iPhones around the world. Apple's stock fell 2% Thursday and is down another 1% Friday.

Although Ives believes Apple will be able to mitigate some of the cost increases from tariffs by adjusting its supply chain, the process is slow-going. Apple may be able to move between 5% and 7% of iPhone production to India and Vietnam over the next two years if the tariff situation spirals, he said.

But Apple couldn't abandon China entirely, and iPhone customers will be left paying more, delaying their purchases or looking for a different kind of smartphone

The timing of the new tariffs is rough for Apple. The company just reported better-than-expected earnings , and Wall Street cheered CEO Tim Cook's statement that Apple was quickly turning around its fortunes in China by cutting iPhone prices in the region. Ives noted Apple is in a critical period as it scrambles to gain customers in China.

The trade war throws a wrench into those gears.