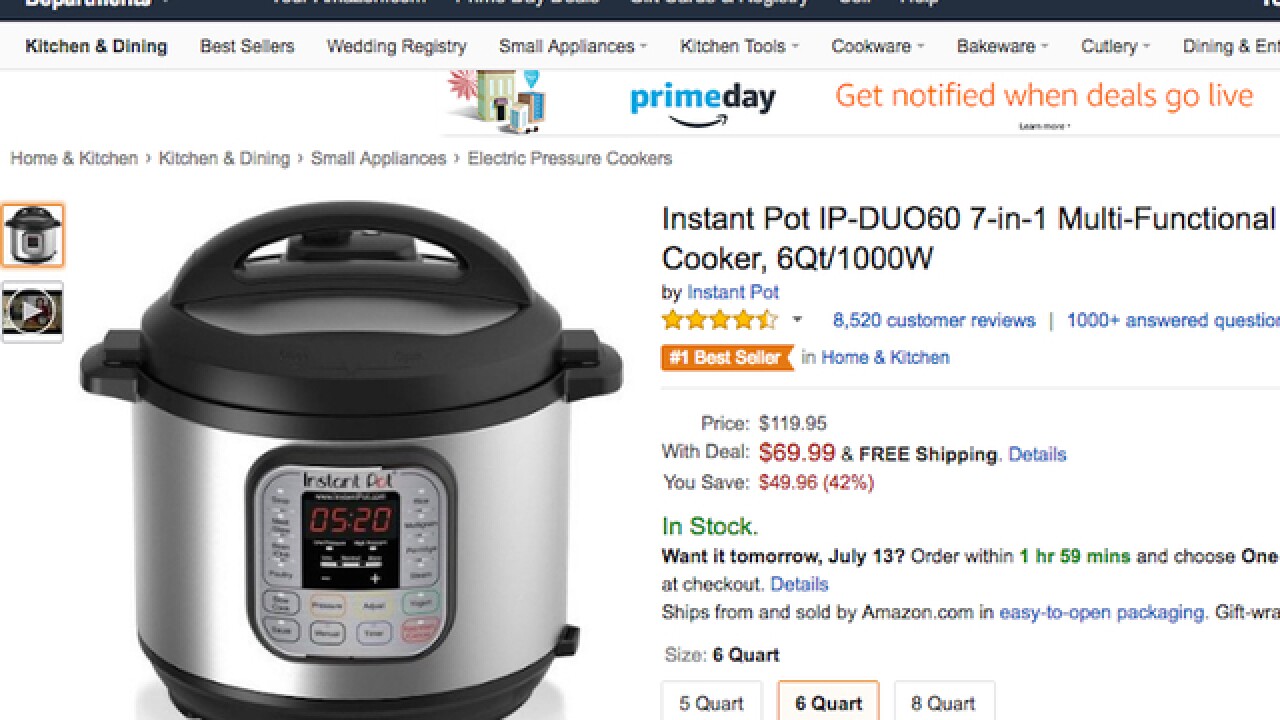 Customers making purchases on discounted products for Amazon Prime Day have been experiencing problems checking out.

Amazon tweeted to announce it was looking into the issue, and about two hours later said it had been resolved.

Some customers are reporting difficulty with checkout. We're working to resolve this issue quickly.

The company said one of it's featured deals, the InstaPot, had been purchased nearly 300 times during the 8 o'clock hour. It is offering double the amount of deals it did in 2015, when it had the first Amazon Prime Day.