Alabama GOP continues to stand by Roy Moore despite allegations 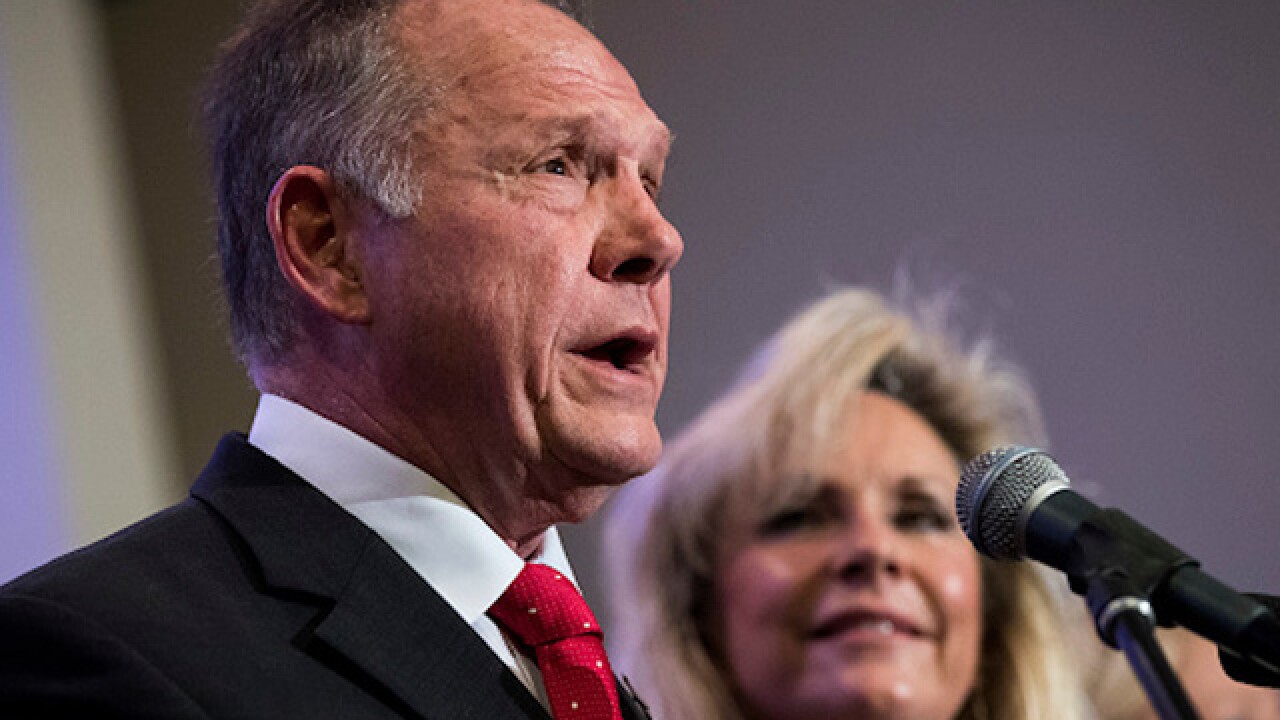 A group of Alabama Republican women led by Kayla Moore gathered Friday to defend her husband, Senate nominee Roy Moore, in the wake of sexual allegations against him.

Seven women besides Kayla Moore served as character witnesses for Roy Moore on Friday, pushing back on allegations that the 70-year-old candidate had pursued sexual relationships with teenagers when he was in his early thirties -- and blaming the media and the Republican establishment for spreading lies about him.

"We're in a battle," Kayla Moore said, addressing members of the media from the steps of a courthouse. "Who knew?"

She blamed the Washington establishment for attacking her husband and called him "an officer and a gentleman."

A number of the other women who spoke said they had known the Moores for years.

Amy Kremer, a tea party activist and founder of the Women Vote Trump super PAC, claimed the attacks against Moore stem from the GOP establishment.

"We've seen this time and time again. Mitch McConnell and company think it knows what's better than what we know ourselves," she said.

Janet Porter, who said she's known Roy Moore for 20 years and heads the pro-life Faith 2 Action group, denounced one of Moore's female accusers by name, insinuating that the inscription Beverly Young Nelson, 56, said Moore made in her high school yearbook when she was 16 is phony.

"If she lied about what happened in the yearbook, if she's not credible in any way, she doesn't care," Porter said. "Because it's not about facts. It's not about trust. It's not about women. It's about the assassination of an honorable man who is running for Senate."

The Alabama Republican Party also reiterated its support for Moore on Thursday night, releasing a statement saying that the Republican nominee "deserves to be presumed innocent."

"Judge Moore has vehemently denied the allegations made against him," the statement read. "He deserves to be presumed innocent of the accusations unless proven otherwise. He will continue to take his case straight to the people of Alabama."

Additionally, the party wrote that "Alabamians will be the ultimate jury in this election -- not the media or those from afar."

"The political establishment and the national media have put a bulls eye on Judge Moore because he's a conservative outsider who will go to Washington to fight for our values, but the voters of Alabama -- the people who know him best -- aren't fooled by these tricks and lies," Armistead wrote.