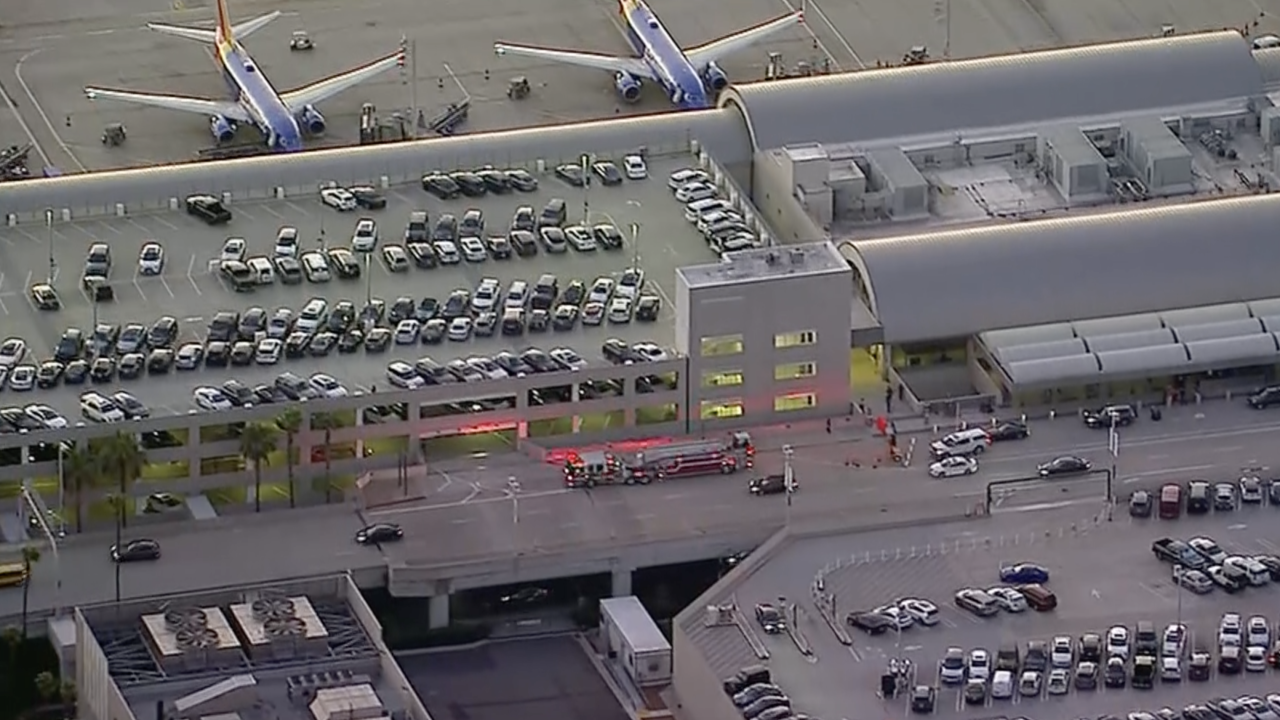 In a series of tweets Friday, the airport -- in Orange County -- alerted travelers about the ground stop, which will remain in effect until 7 a.m. Saturday .

"No arrivals or departures," the airport said Friday evening. "All inbound flights are being diverted, all outbound flights canceled."

For flights departing Saturday, airport officials recommended passengers get in touch with their airlines. The airport is about 35 miles south of Los Angeles.

The airport serves more than 10 million passengers annually and reaches more than 20 nonstop destinations in the United States, Canada and Mexico, according to its website.

Orange County Fire officials responded to a "vault fire near Jamboree & Michaelson," which "may have caused the power outage" at the airport, the department said on Twitter.

In June, travelers at Los Angeles International Airport were left without light and power for about three and a half hours, causing the cancellation, delay and diversion of flights.