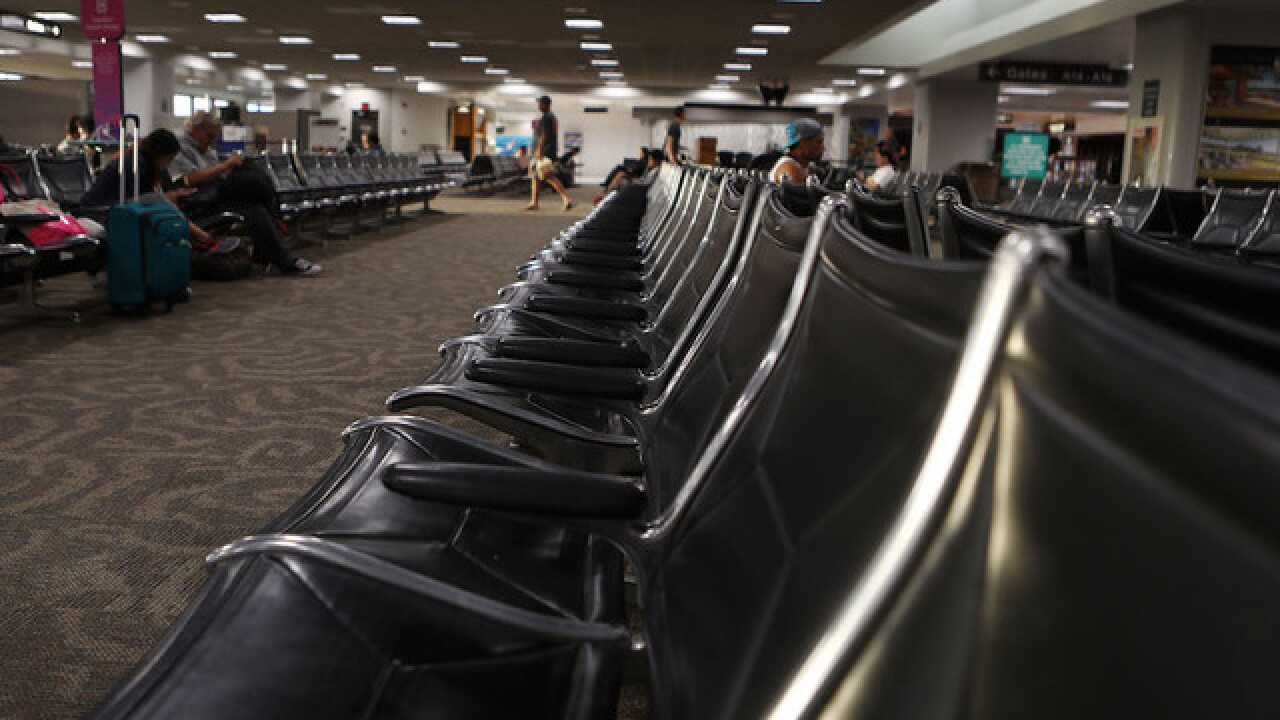 Hawaiian Airlines Flight 23 en route to Maui began with an alarming photo and ended with a stench that led to an emergency landing.

Passengers boarded the flight Friday morning from Oakland International Airport to Maui's Kahului Airport. The plane was supposed to take off at 7 a.m., but it was brought back to the gate because a 15-year-old girl accidentally airdropped a picture of a fake crime scene to passengers, according to CNN affiliate KGO-TV . The picture showed a mannequin face-down on the ground surrounded by crime scene numerical markers.

Sgt. Ray Kelly with the Alameda County Sheriff's Office told KGO about 15 passengers viewed the photo and "believed that the picture was threatening."

It was found that the girl was just trying to airdrop the photo to her mom, Kelly said, but because she airdropped using bluetooth, people in range of her phone had the option of accepting and viewing the photo.

"The young girl was very embarrassed," Kelly told KGO. "She was upset, we explained to her she was not in trouble, there was no crime that was committed here."

Flight 23 was ultimately delayed for nearly an hour because of the mishap, but the craziness didn't end there.

As the Boeing 767 was airborne, passengers seated near the front of the plane told the flight crew they smelled something unpleasant, according to a statement from Hawaiian Airlines.

Being cautious, the airline said the flight crew declared an emergency so they could get priority handling once they landed in Hawaii. The 12 affected guests temporarily were moved to seats further back of the plane, and went back to their original seats once the smell was gone.

Turns out the smell was from a can of pepper spray that a passenger brought aboard the plane illegally that accidentally discharged, the airline said. Pepper spray is prohibited on planes in carry-on bags, according to the Transportation Security Administration.

First responders treated the 12 passengers and three flight attendants for respiratory issues. All were released, the airline said.

Authorities questioned the passenger who brought the pepper spray on board, the airline said, and are investigating the accidental discharge.

"We sincerely apologize for the inconveniences aboard (Hawaiian Airlines Flight 23)," the airline said.

Flight 23 had a somewhat happy ending, though. Besides an apology, the airline said all 256 passengers were given a $500 travel credit.