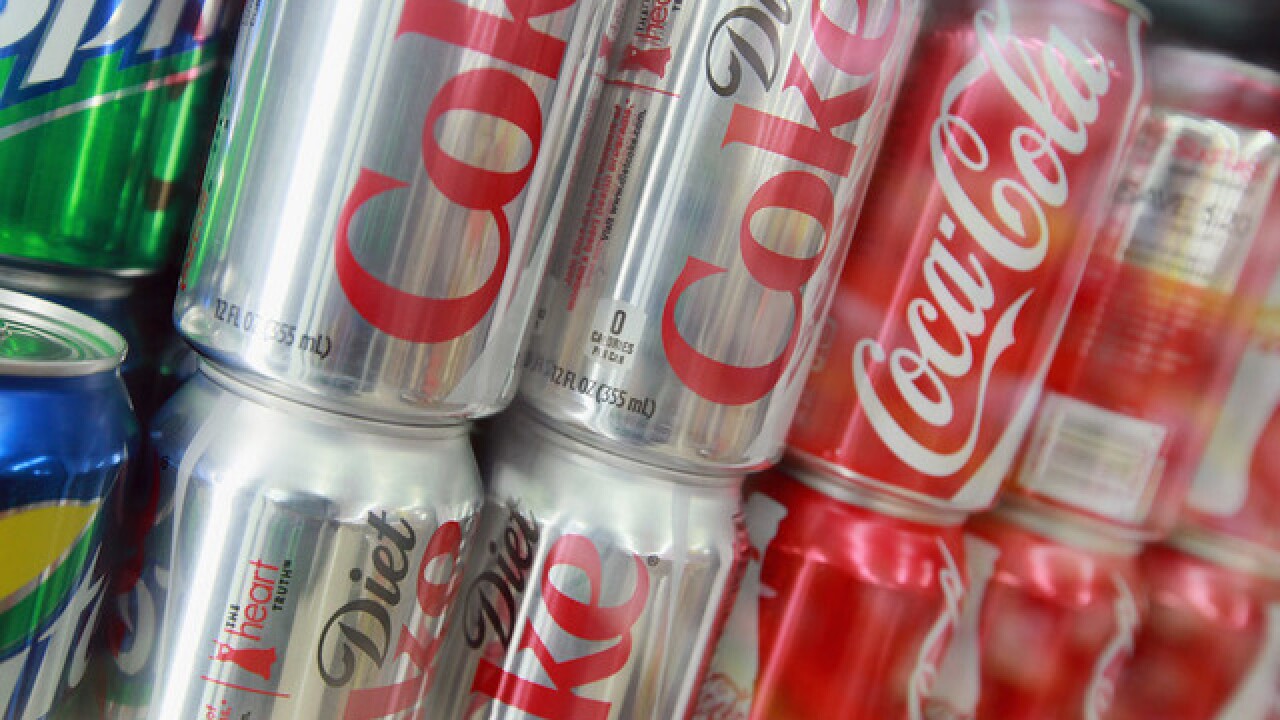 President Donald Trump downs a dozen Diet Cokes each day, The New York Times reported this weekend. His love of the bubbly beverage is shared by many Americans and at least one of his predecessors. President Bill Clinton was frequently photographed with a can in his hand and reportedly placed a Diet Coke -- along with a now-outdated cell phone and other items -- in a time capsule at his official presidential library.

So, what happens to those who drink a dozen cans daily of the caramel-colored elixir, which contains a blend of the sweetener aspartame and artificial and natural flavors, among other ingredients?

Some research suggests that artificially sweetened drinks can increase one's appetite and the desire for sweets. This effect was linked to aspartame, the most frequently used sweetener in diet beverages, which generates a similar response in the body as sugar. Just 30 minutes after drinking either a diet soda containing aspartame or the same amount of regular soda (with sucrose), the body reacts with similar concentrations of glucose and insulin.

From a scientific perspective, this finding is suggestive but "not very strong," said Susan Swithers, a professor of psychological sciences at the Purdue University College of Health and Human Sciences.

She sees aspartame's effects as "teasing" the body.

"You get this very sweet taste; your body says 'I'm about to get sugar; I'm about to get energy,' but those never arrive," Swithers said, based on her research of diet soda consumption in animals. The result is, your body learns sweet taste is no longer a good signal, so instead of producing normal responses immediately, it delays. This becomes problematic when you eat actual sugar, because your blood sugar rises a little higher than it normally would, and as a result, you may eat more than usual, she explained.

"It's kind of a small thing that happens," she said, but over time, the cumulative effects might be strong, particularly in humans.

Looking at long-term studies in humans, Swithers noted, the results indicate that people who report drinking artificially sweetened beverages end up at higher risk than non-diet soda drinkers for lots of negative outcomes, including type 2 diabetes, hypertension and stroke, as well as dementia.

A Boston University School of Medicine study from this year found that people who reported drinking at least one can of an artificially sweetened soft drink each day were almost three times as likely to have a stroke caused by a blood clot, compared with those who avoided these diet beverages.

One-a-day diet soda drinkers were nearly three times as likely as those who never drink diet soda to be diagnosed with dementia, as well, the researchers found.

Another recent study looked at the relationship between drinking diet soda and long-term waist circumference change among people 65 and older. The University of Texas Health Science Center researchers found that drinking diet soda was associated with escalating abdominal obesity, which in turn leads to an increased risk of heart disease.

Smiles may also become less attractive for those who drink too much diet soda. One study found that both the regular and diet versions of cola beverages caused the same amount of tooth enamel dissolution, which leads to enamel erosion. "Diet sodas contain acids, which could contribute to tooth erosion," said Lisa Drayer, a nutritionist and contributor to CNN.

Additionally, a study published in the American Journal of Clinical Nutrition found an increased risk of type 2 diabetes among women who drank more than 20 ounces -- less than two cans -- of artificially sweetened beverages each week.

Meanwhile, 12 cans of Diet Cola a day is two cans above what the Mayo Clinic describes as a "safe amount" of daily caffeine for adults. Too much caffeine can lead to insomnia, nervousness, irritability and even an abnormal heart rhythm.

"I still think it's a better choice than sugary sodas," Drayer said. "If he drank regular soda, he would be adding an additional 1,680 calories and a whopping 468 grams of sugar just from this beverage alone!"

"If he can't cut out his soft drinks entirely, I would recommend that he replace at least half of his diet sodas with water," Drayer suggested. "And if plain water seems boring, he can always add fruit slices to water or opt for seltzer."