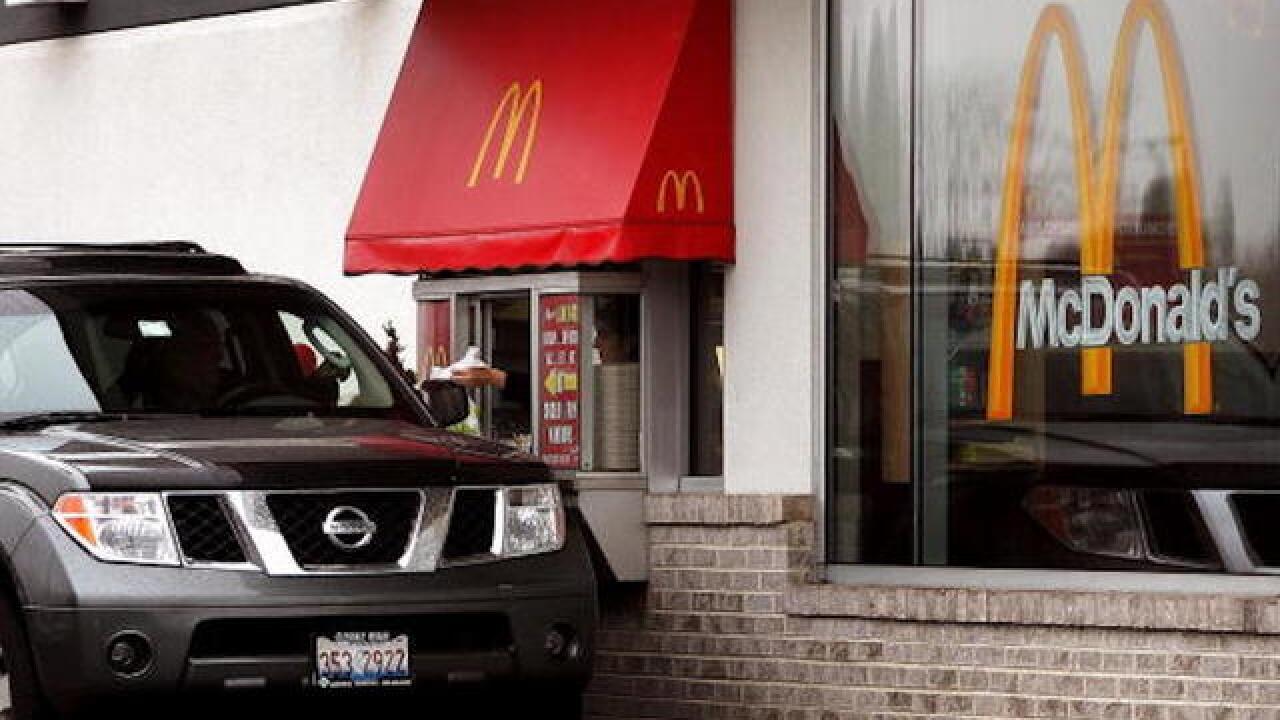 Copyright 2017 Scripps Media, Inc. All rights reserved. This material may not be published, broadcast, rewritten, or redistributed.
Tim Boyle
<p>ROSEMONT, IL - JANUARY 17: A customer picks up their order at a McDonald's drive-thru window January 17, 2006 in Rosemont, Illinois. McDonald's, reportedly in an effort to satisfy consumers in a hurry for food-to-go and traffic related to such, has built dual drive-ups at some of their restaurants. Also, McDonald's today reported global comparable sales for December were up 5.0 percent. (Photo by Tim Boyle/Getty Images)</p>

Sometimes, a hankering for a Happy Meal can drive kids to do crazy things.

Police in East Palestine, Ohio told WFMJ-TV that a van pulled up at the drive-thru window of a local McDonald’s on Sunday evening with an 8-year-old boy behind the wheel with his 4-year-old sister in tow.

According to police, the boy had taken the van from his home while his parents were sleeping. He learned to drive by watching YouTube videos, and witnesses say the boy had no issues in operating the vehicle — he stopped for traffic lights and stayed within the speed limit.

The boy reportedly ordered a cheeseburger at the drive-thru window. While McDonald’s employees notified the police of the incident, the boy and his sister did get to enjoy some food while waiting for their grandparents to pick them up.

No charges are being filed, East Palestine Police said.